A successful business is always driven by passion – a passion for giving customers what they need or like. Passion is what impels the company in Macao – Beemax Development Co. Ltd. – to keep building up their businesses.

Beemax was founded by Antonio Ieong and Daniel Liu. Both have been keen on racing cars and assembling model car kits since they were children, so they know all there is to know about the various types of racing car and the teams that race them.

In 2003, the pair met a Japanese friend who, when he found out that they were motor racing enthusiasts, asked them to help a Japanese manufacturer of kit models, Fujimi Mokei Co. Ltd., with its products.

In 2011, another acquaintance introduced Mr Ieong to the managers of another Japanese manufacturer of kit models, Aoshima Bunka Kyozai Co. Ltd. Mr Ieong tells Macao Image, “They were amazed that we were helping Fujimi voluntarily. They then proposed official co-operation, which led to the founding of Beemax in 2012.”

Every kit model manufactured by Beemax is based on one of Mr Ieong’s and Mr Liu’s favourite championship racing cars. The launching of every new kit model costs Beemax hundreds of thousands of patacas. The company has to develop the moulds for the parts and obtain licences from the makers of the full-scale cars the models represent. The Beemax co-founders say that sometimes a maker will refuse to grant a licence or deliberately stall the process of obtaining one.

“It can take half a year or even a year to obtain a licence from a car maker. Sometimes they will even ignore us,” says Mr Liu. Mr Ieong adds: “Obtaining a licence is the most time-consuming stage of the whole process of product development.”

Despite the difficulties, Beemax produces kit models of various types of racing car designed by European or Japanese makers. The co-founders say half their products are sold in Japan and about 30 percent in Europe.

“People that like to assemble model car kits are really rare,” Mr Liu says. But he believes the market has the potential to grow. Mr Ieong says Beemax will keep working hard to introduce more kit models of cars that have won Macao Grand Prix races. 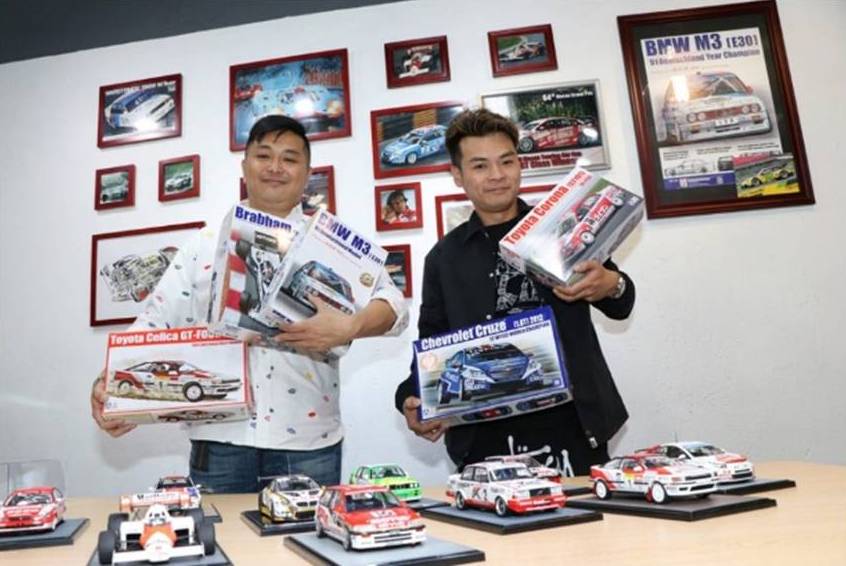 The co-founders of Beemax, Antonio Ieong (left) and Daniel Liu (right), say half their products are sold in Japan and about 30 percent in Europe 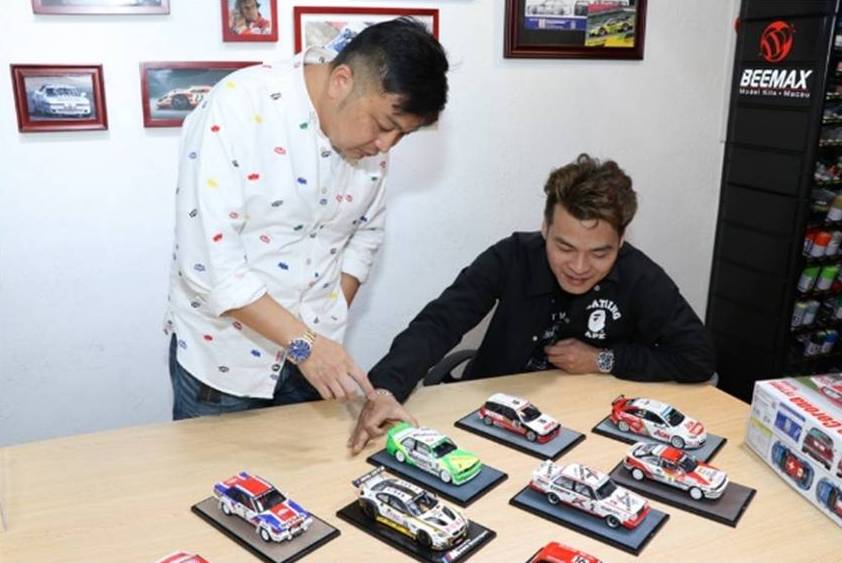 Beemax Development Co. Ltd. is a Macao manufacturer of kit models of racing cars designed by European or Japanese makers