Cheong Kei Noodle Factory produces various types of noodles. The company is typical of small businesses in Macao, having been family-owned since its establishment in 1995. One of the company’s main products, the Guangdong Noodle, has made its mark on the market, earning its customers’ loyalty through its high quality.

The owner of Cheong Kei Noodle Factory is Cheong Keng Lei. Inheriting the business from his father, Mr Cheong is now trying to increase online sales, seeing if his business can go global in a highly competitive market.

Mr Cheong tells Macao Image that, in taking over from his father, he spared Cheong Kei Noodle Factory the fate faced by some noodle makers in Macao that have lost their chefs as staff reach retirement age. The survival of these enterprises depends on the children of the proprietor or staff taking over the business. Mr Cheong accepted his inheritance of Cheong Kei Noodle Factory because of a sentimental bond to the family business.

“I took over the business because I wanted to relieve the burden carried by my parents,” he says. “We are seeing whether we can improve the ways we promote the business and other aspects of it, coming up with more products to meet market demand, so that our products are not limited to the Macao market, thus increasing our sales,” Mr Cheong says.

He says Cheong Kei Noodle Factory makes several types of dry noodles, such as shrimp noodles and fish noodles. It also produces raw noodles and dumpling wrappers. The company has developed some new products in recent years. Among them are vegetable-flavoured noodles that have no chemical additives and a pleasing texture. The company says these products have been well received by the market and are preferred by customers seeking healthier food.

The company’s main customers are Macao’s restaurants and supermarkets, and consumers that live near the factory. The noodles are priced to attract mid-market or high-end customers. Competition is fierce and the market is full of challenges for a supplier of goods labelled “Made in Macao” like Cheong Kei.

“We hope our customers notice the healthy options and texture of our noodles,” Mr Cheong says. “For example, in our shrimp noodles, you can clearly see that there are lots of bits of shrimp, which is the most expensive ingredient. We offen suggest that our customers eat the soup our noodles come in.” Mr Cheong also says it is difficult to keep the prices of his products down, mainly because the company makes them in small quantities, using quality ingredients.

After he took over the business, Mr Cheong saw an increase in sales and set about expanding output. He increased public awareness of the products by presenting them at food exhibitions in Macao. He says the Macao Trade and Investment Promotion Institute played an important part in helping his company show its products at exhibitions.

Macao SAR Government subsidies helped reduce the cost of exhibiting, allowing the company to o er discounts to customers who attend the events. Since the company began exhibiting, which was an important step in its development, more and more customers have been coming in search of its products and enquiring about its sales points, especially after tasting the products in the exhibitions in the last two years.

Sales jumped a er the company exhibited at the Macao Guangzhou Famous Products Fair, held in Guangdong province in 2015. That was something Mr Cheong did not expect and encouraged his company to expand into markets outside Macao. The company is now working on furthering its sales network beyond Macao, most notably in Mainland China.

Cheong Kei Noodle Factory now sells online. Its products were first sold on the Mineyeah.com e-commerce website and in December 2017, they are also available on the macaushibao.com. The company is also negotiating with a third online platform so it can sell to an even broader market, increasing the awareness of its products among Mainland Chinese consumers. 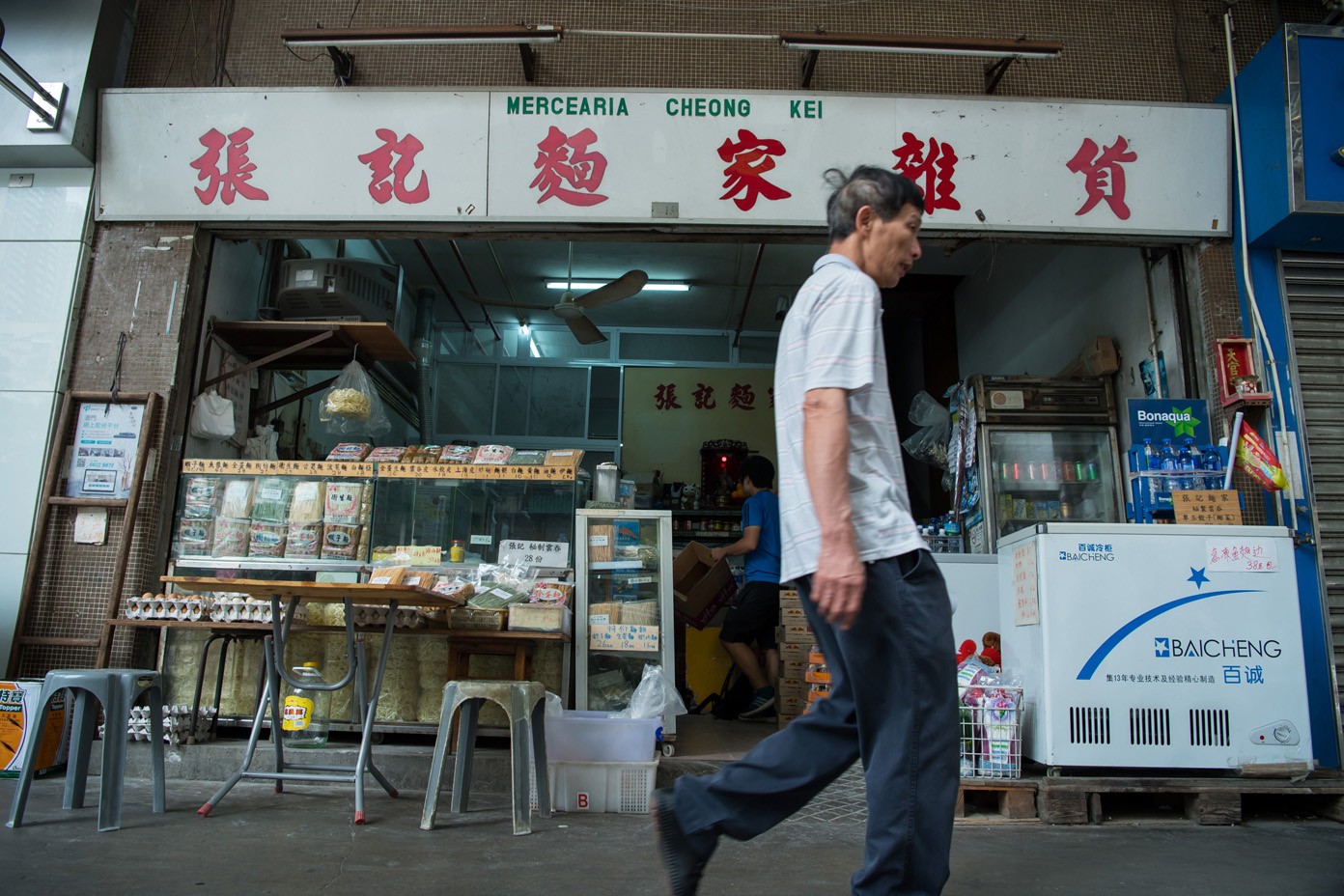 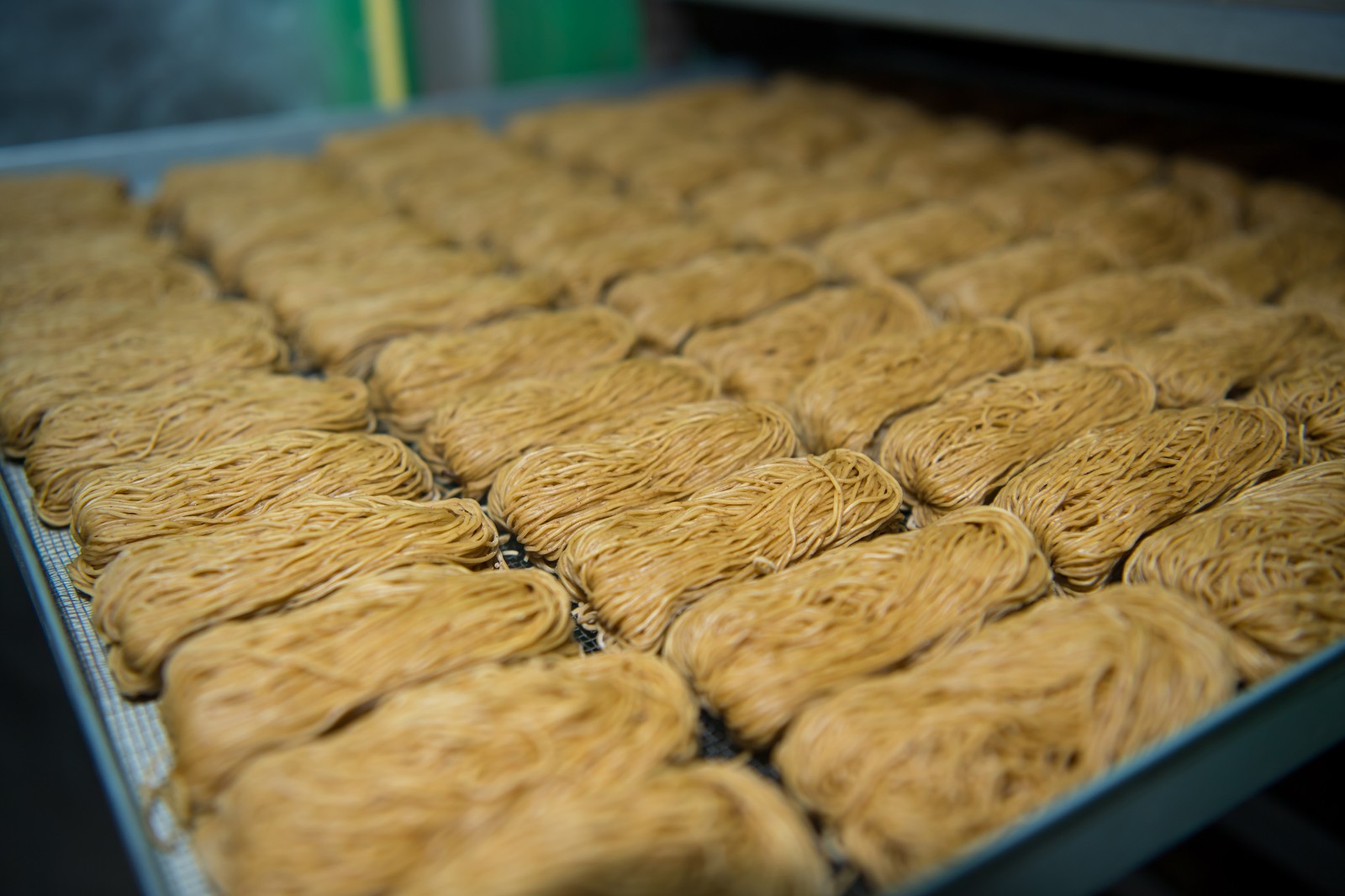 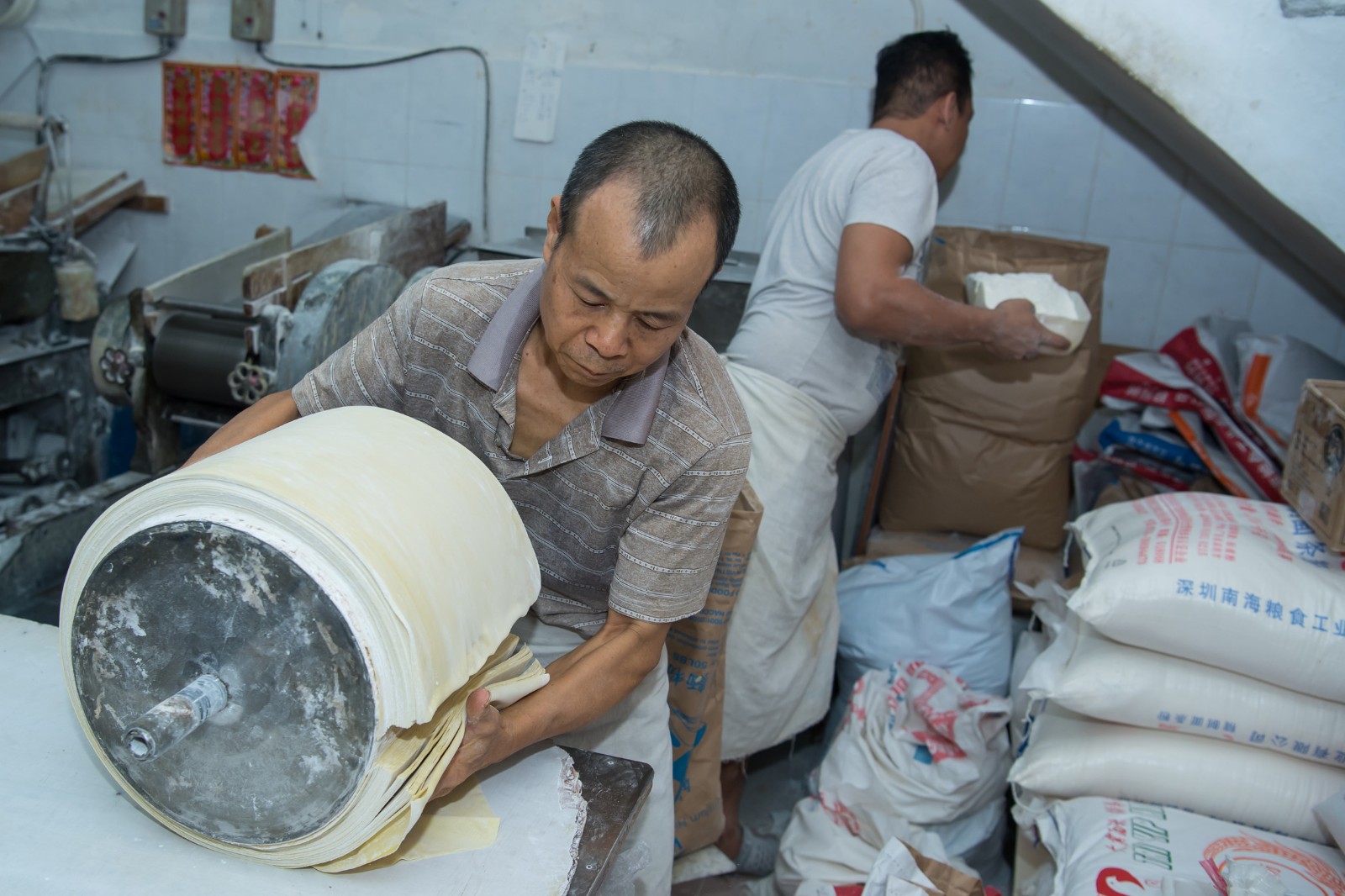 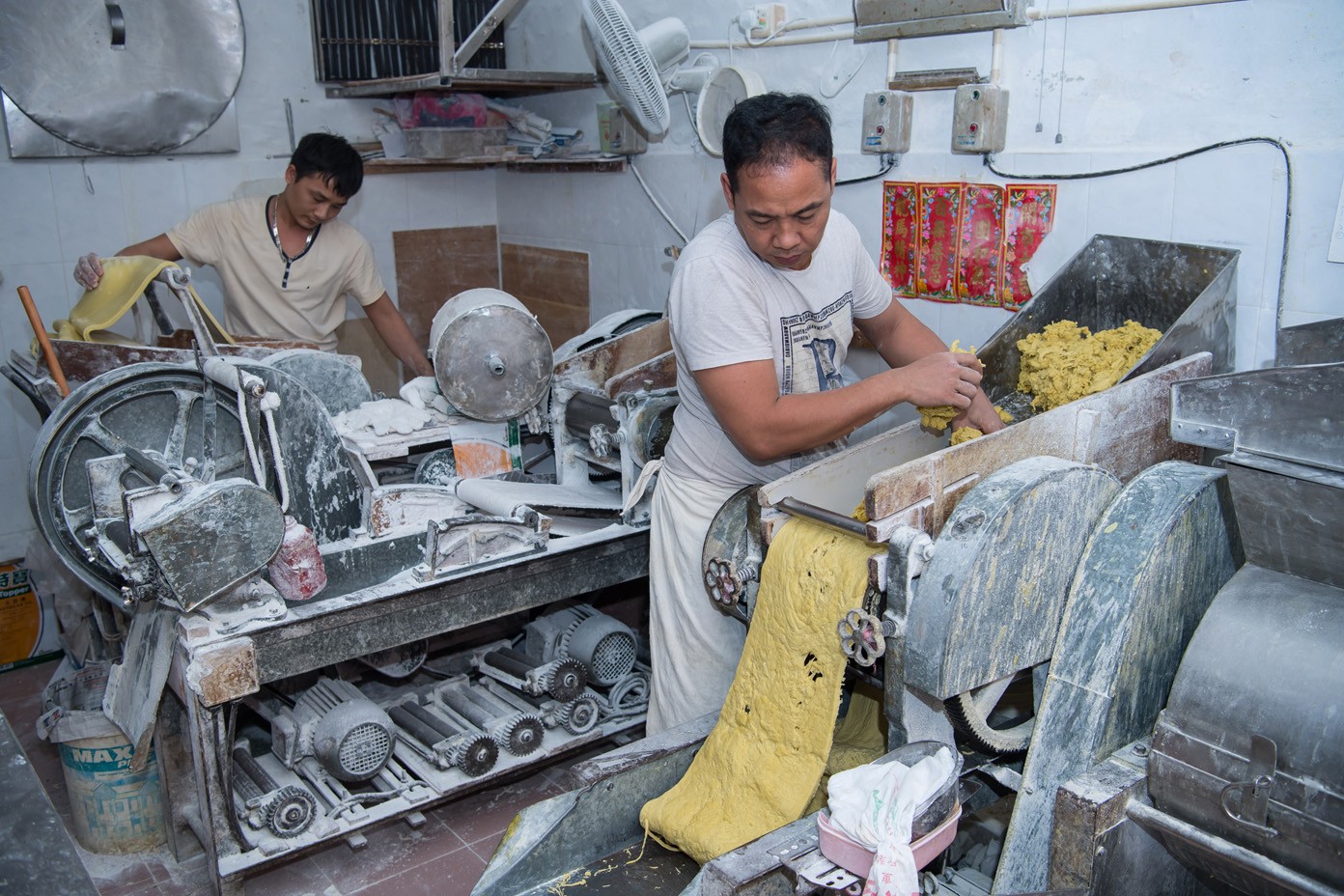 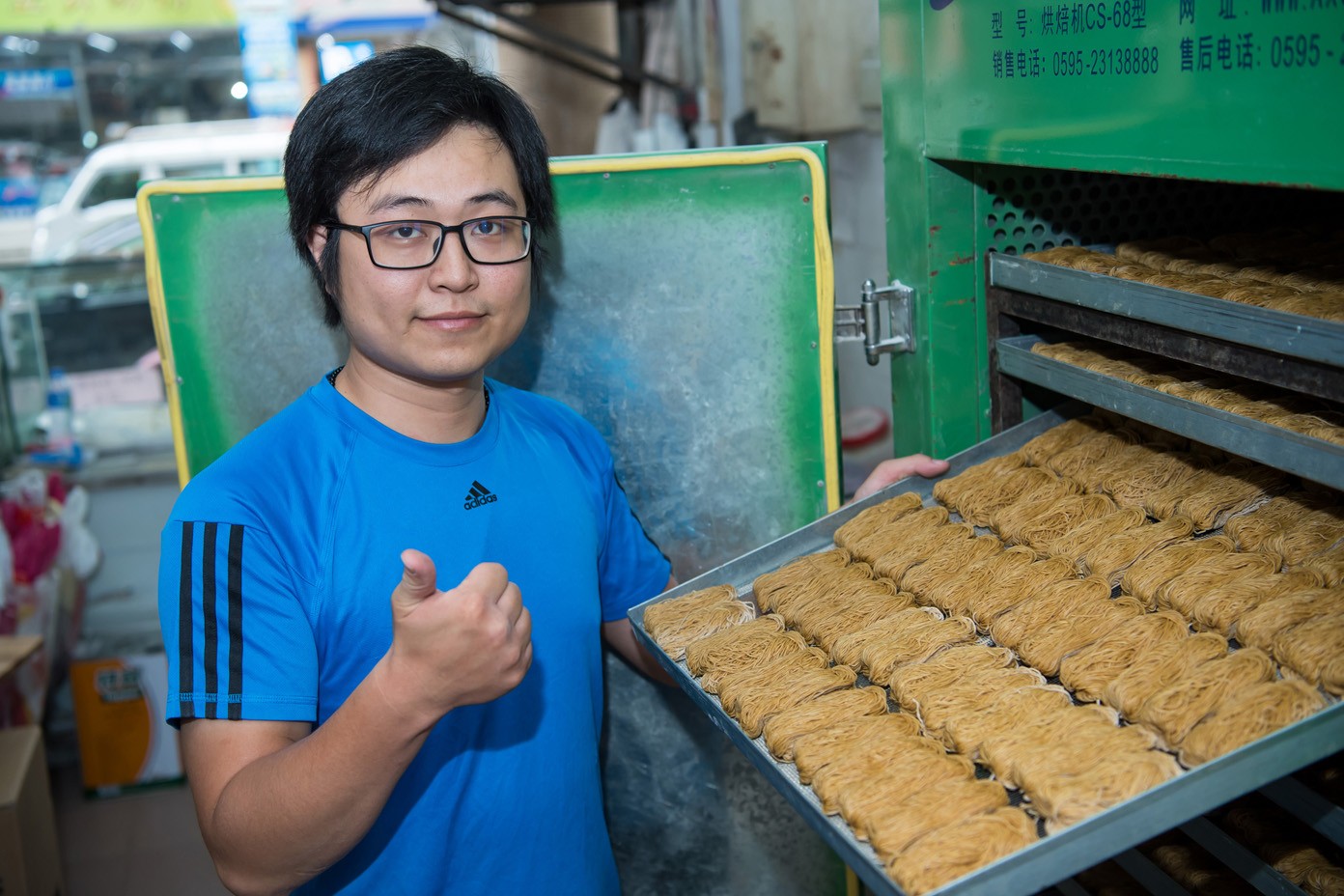 “We are seeing whether we can improve the ways we promote the business and other aspects of it … so that our products are not limited to the Macao market.” Owner of Cheong Kei Noodle Factory, Cheong Keng Lei