[2021/03/29] IPIM Leads Macao Enterprises to Participate in the ‘Macao Week in Hangzhou’ to Foster Trade, Economic Exchange and Collaboration between the Two Regions
2021-03-29

To facilitate the ‘tourism + MICE’ integration and give play to its synergistic effects, the Macao SAR Government held the ‘Macao Week in Hangzhou’ roadshow for four consecutive days, which displayed information about the features of Macao’s tourism, commerce and trade, culture and gastronomy. During the event, a Macao tourism and MICE presentation seminar and a business matching session for Hangzhou and Macao entrepreneurs were organised to promote Macao as a healthy and safe travel destination, and to foster exchange and collaboration in business and trade between the two regions.

The Macao Trade and Investment Promotion Institute (IPIM) joined hands with the Macao Government Tourism Office (MGTO) to organise the Macao tourism and MICE presentation seminar on 25 March, which attracted around 180 practitioners from the relevant industries in Hangzhou and Macao. The seminar aimed to present the diverse tourism and MICE products of Macao to local practitioners, thereby creating even more collaboration opportunities in the two fields between the two regions. IPIM President Lau Wai Meng mentioned in his speech that he believes deepening the tourism and MICE collaboration will further facilitate Macao’s moderately diversified economic development and effectively assist Hangzhou’s counterparts in expanding business to Portuguese-speaking countries, thus making both Macao and Hangzhou propellers of the ‘dual economic circulation’ strategy. MGTO Director Maria Helena de Senna Fernandes said in her speech that she hoped the presentation seminar would allow Hangzhou and Macao practitioners to explore more ‘tourism + MICE’ collaborations, roll out new tourism products and services and expand customer base together, thereby further facilitating the long-term development of the sectors in the two regions. She also aimed to boost mainland citizens’ confidence in visiting Macao via the ‘Macao Week in Hangzhou’ and by informing people about the anti-epidemic measures carried out by the SAR Government, which made Macao a healthy and safe city for travel, with the same tourism appeal as it had before.

To help enterprises from the two regions explore business opportunities, a business matching session for Hangzhou and Macao entrepreneurs was held on 26 March in the venue of the ‘Macao Week in Hangzhou’. During the session, Macao exhibitors and entrepreneurs and Hangzhou representatives from supermarket, food, e-commerce and catering sectors joined business meetings on-site arranged by IPIM, the Hangzhou Municipal Bureau of Commerce and the Hangzhou Investment Promotion Bureau respectively. A total of 85 meetings were held, attracting the participation of around 90 entrepreneurs from Hangzhou and Macao. Mr Shao, deputy manager of Lou Wai Lou Food Co. Ltd. from Hangzhou participated in the session and said that what drew his interest most were Macao’s souvenir products among a wide range of participating enterprises. He hoped the session would facilitate the forging of further collaborations that combine Macao’s craftsmanship and Hangzhou’s modes of sales. Mr Cheang, assistant to the president and trade manager of the Pak Lek Group from Macao, said that the session yielded gratifying results and that, so far, four to five Hangzhou enterprises including e-commerce platforms, local catering businesses and supermarkets, approached them about their businesses. He hoped further discussions and collaborations would follow.

To prolong the effect of ‘Beijing Macao Week’, which was held in Beijing last September, IPIM arranged for 19 Macao exhibitors to display and market their products and six Macao enterprises to showcase their products in the exhibition areas, namely ‘MinM made in Macao and local brands’ and ‘products from Portuguese-speaking countries’. To better suit mainland customers’ and entrepreneurs’ in terms of how they were used to receiving information and spending money, IPIM partnered with MGTO and invited a number of mainland’s influencers and KOLs to run live streaming sessions on-site, and arranged for them to post original short videos or pictures of the ‘Macao Week in Hangzhou’ on several social platforms, in order to promote Macao enterprises’ products with through various channels. The online-offline integrated marketing campaigns did not only attract customers and entrepreneurs to buy the products at the event venue, but also the online audience to the exhibitors’ online sales channels. This strategy was adopted in an effort to help Macao enterprises gain greater popularity and extend business in the enormous mainland market.

Besides publicising Macao’s featured products and gastronomy to mainland citizens through the event, the SAR Government also promoted Macao as a healthy and safe travel destination in order to attract more mainland visitors to explore the city, thereby boosting the economy. During the event, all partaking units strictly followed the anti-epidemic guidelines issued by local health departments and made relevant arrangements, and all participants complied accordingly. 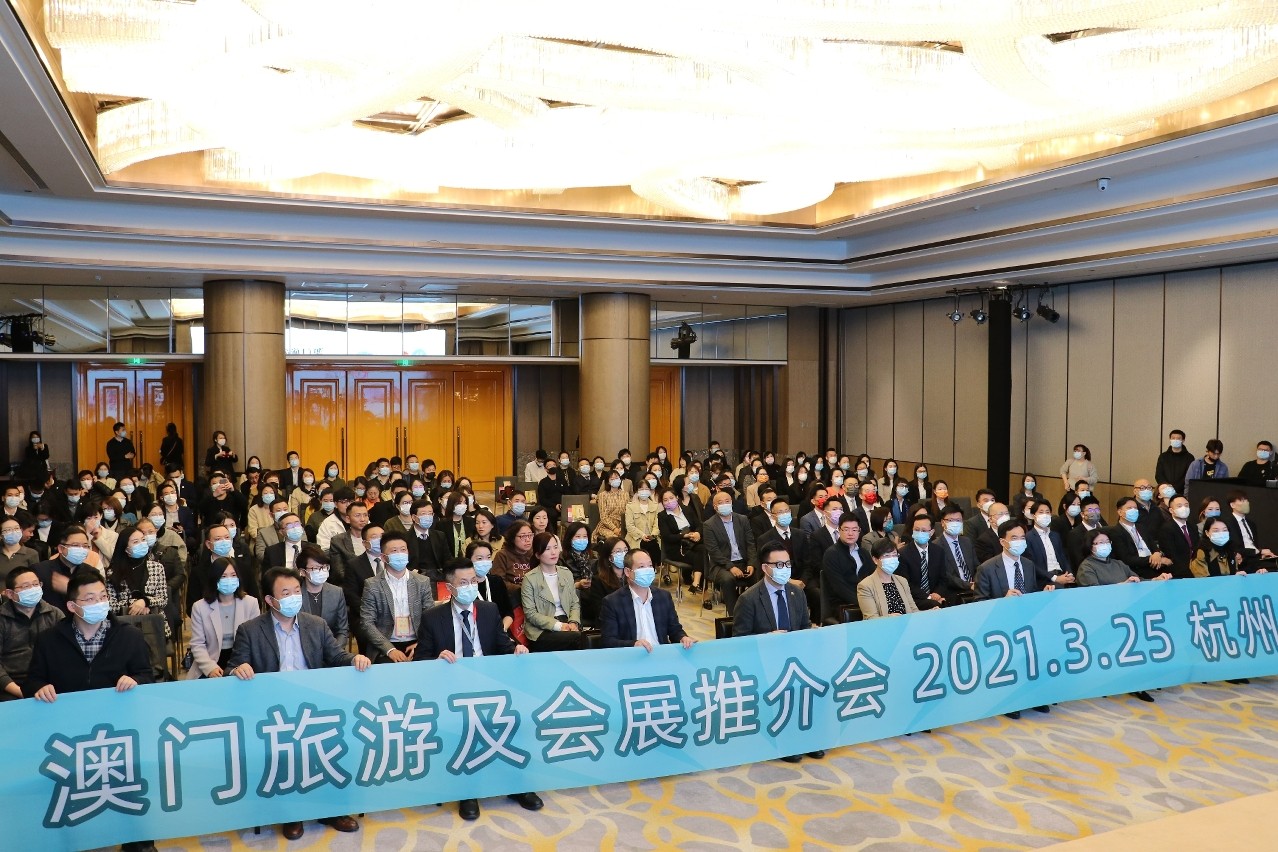 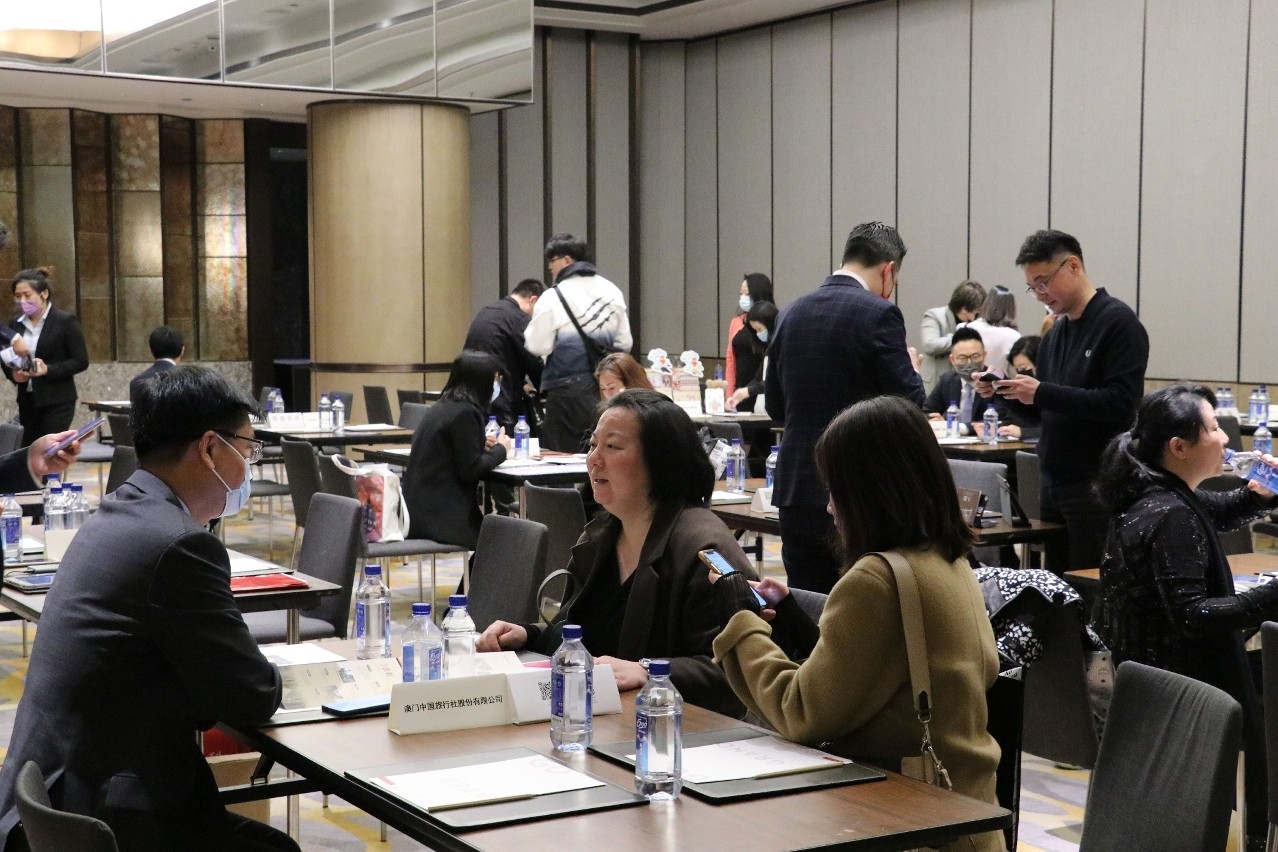 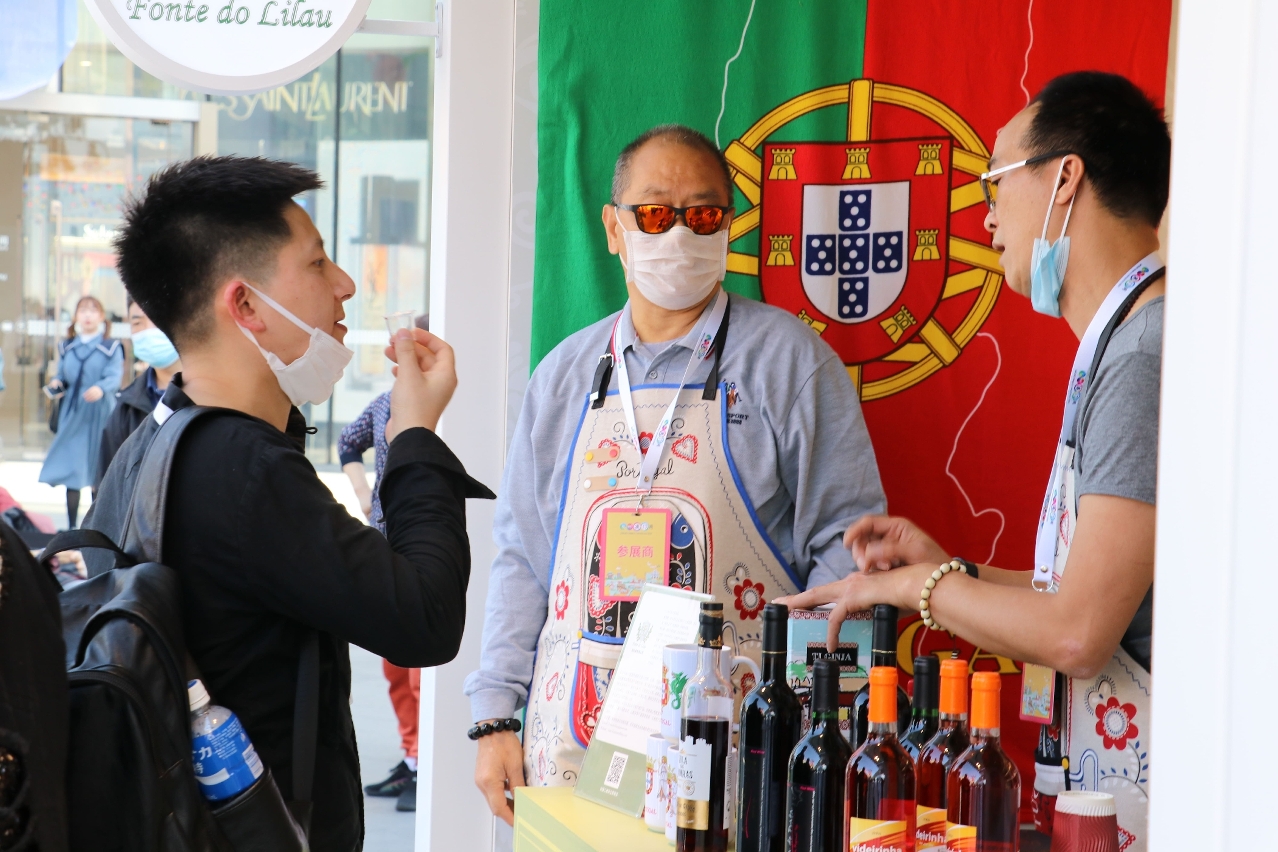 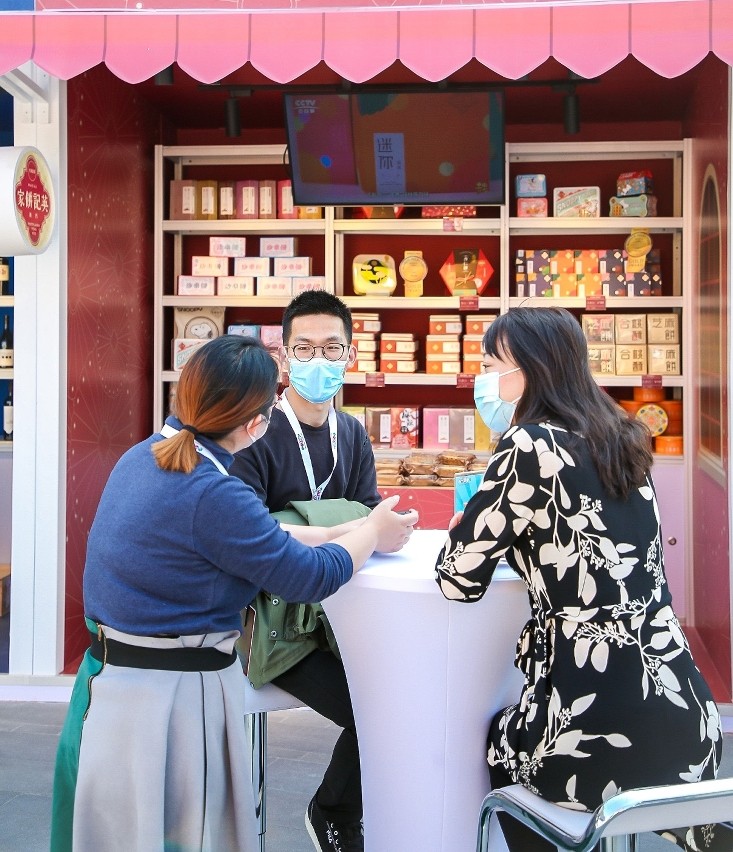 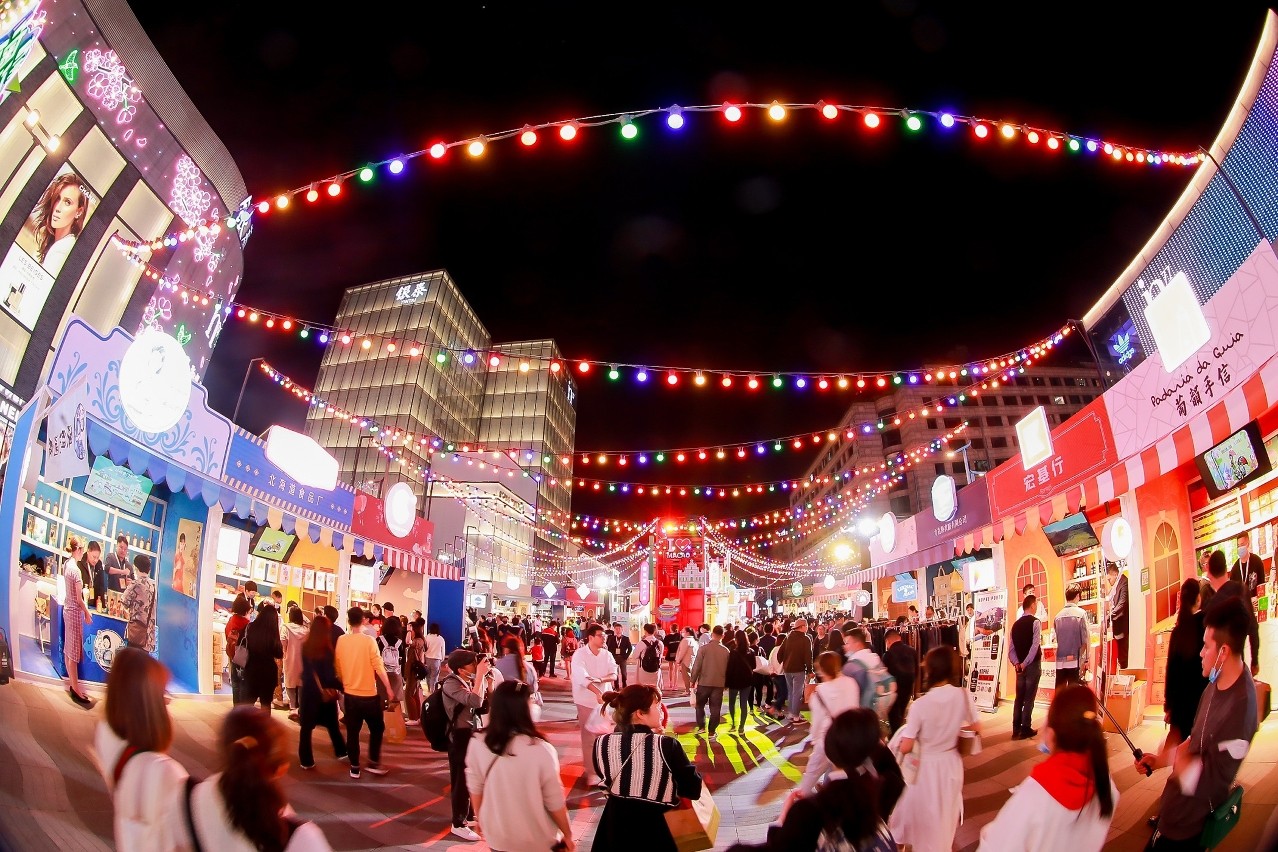 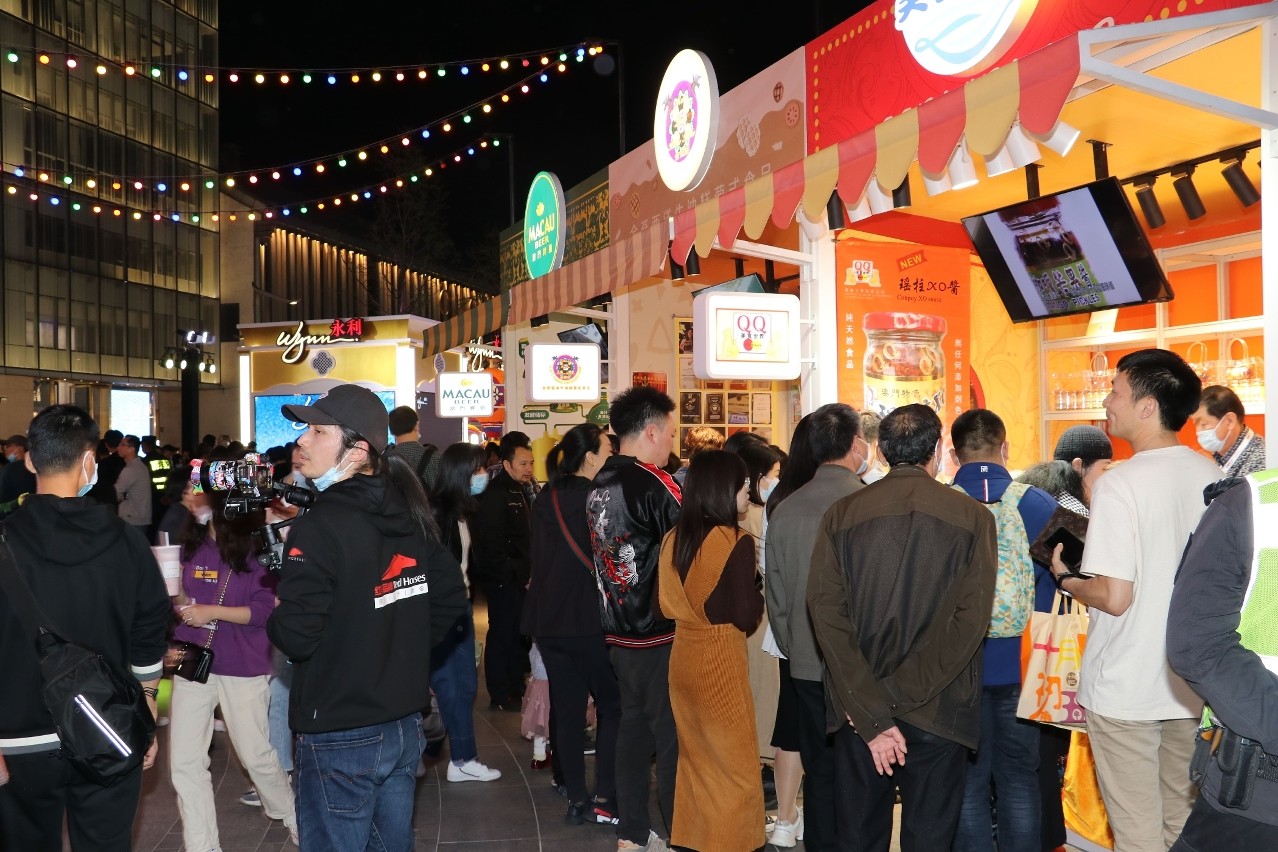 Prev[2021/04/14] 2021 Guangdong & Macao Branded Products Fair to Be Held at the End of July, All Macao Companies Are Welcome
[2021/03/08] IPIM and MICE Sector Visit Guangzhou and Shenzhen to Pave Way for MICE’s Future GrowthNext