Grand Plaza Restaurant started business officially in 1993. For decades, the restaurant has been a venue repeatedly chosen for banquets hosted by various social associations, enterprises and organisations in Macao. Grand Plaza Restaurant has witnessed many important times and incidents of Macao, including the handover of Macao to China, as well as the visits of many significant political and business figures in Macao. Today, in addition to holding banquets and serving Cantonese dim-sum, the restaurant also offers speciality hot pots, traditional Portuguese food and Macao specialties: Grand Plaza Chinese-style mooncakes, Portuguese-style cookies and Portuguese egg tarts. Deputy General Manager of Grand Plaza Group Catering Management Ltd. Poon Man Chio believes that high-quality service and innovative thinking have been the key to the success of Grand Plaza Restaurant in the catering market for many years. In the early days, he remembered, when hosting banquets for large enterprises, the catering team spared no effort in designing creative highlights for the event. For example, they used to specially play exciting music and wave flags when the roast suckling pig was served to start the whole banquet, which made guests stand and applaud excitedly. Therefore, “roast suckling pig” became the classic dish of Grand Plaza Restaurant. 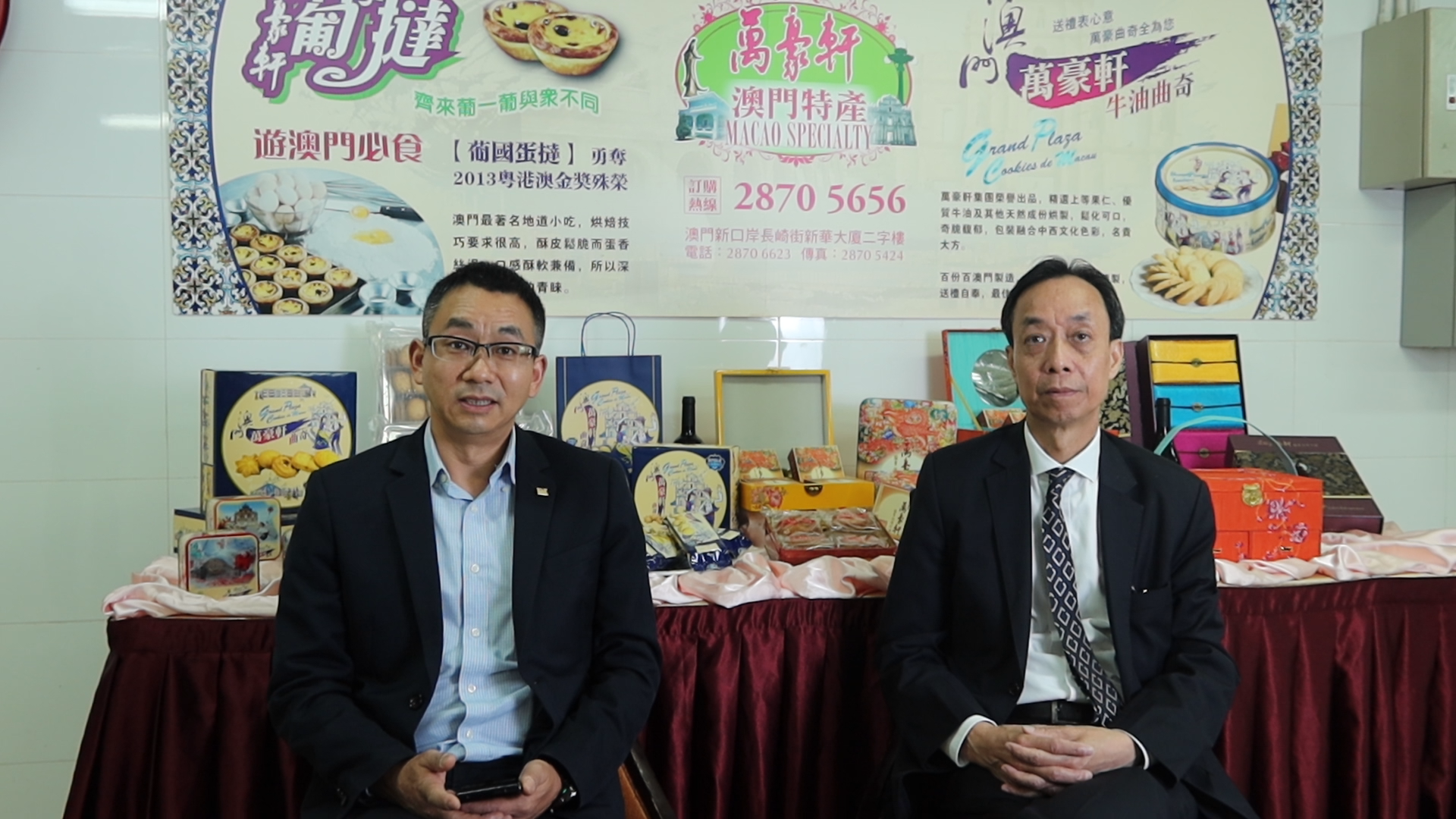 Proud of being “Made in Macao”, “Macao Brand”

In order to cope with the development of Macao's tourism industry, Grand Plaza Restaurant opened a factory in Macao in 2011 and launched its own brand of Macao souvenir food. At the pre-production stage, a variety of samples were provided for the guests to taste, feedback was collected so that they could continuously improve the recipes, and eventually they launched three special souvenir products: Grand Plaza Chinese-style mooncakes, Portuguese-style cookies and Portuguese egg tarts (Pastéis de Nata).

There is a wide variety of mooncake flavours, such as egg yolks with almond paste, egg yolks with Chinese ham, double egg yolks with lotus seed paste, egg yolks with red bean paste as well as lava custard. The mooncakes are made with less oil and less sugar, packed in Chinese an ancient palace style; there are many flavours of Portuguese-style cookies such as butter, nut, sultana, macha, coffee, chocolate and ginger flavours and they are packed in tins  with the iconic buildings of the Macao UNESCO World Heritage landmarks; As for Portuguese egg tarts, in addition to onsite purchases, the Grand Plaza Restaurant has also partnered with local travel agencies to organise workshops from time to time to make Portuguese tarts, so that the public and visitors can experience the fun of baking Portuguese tarts. 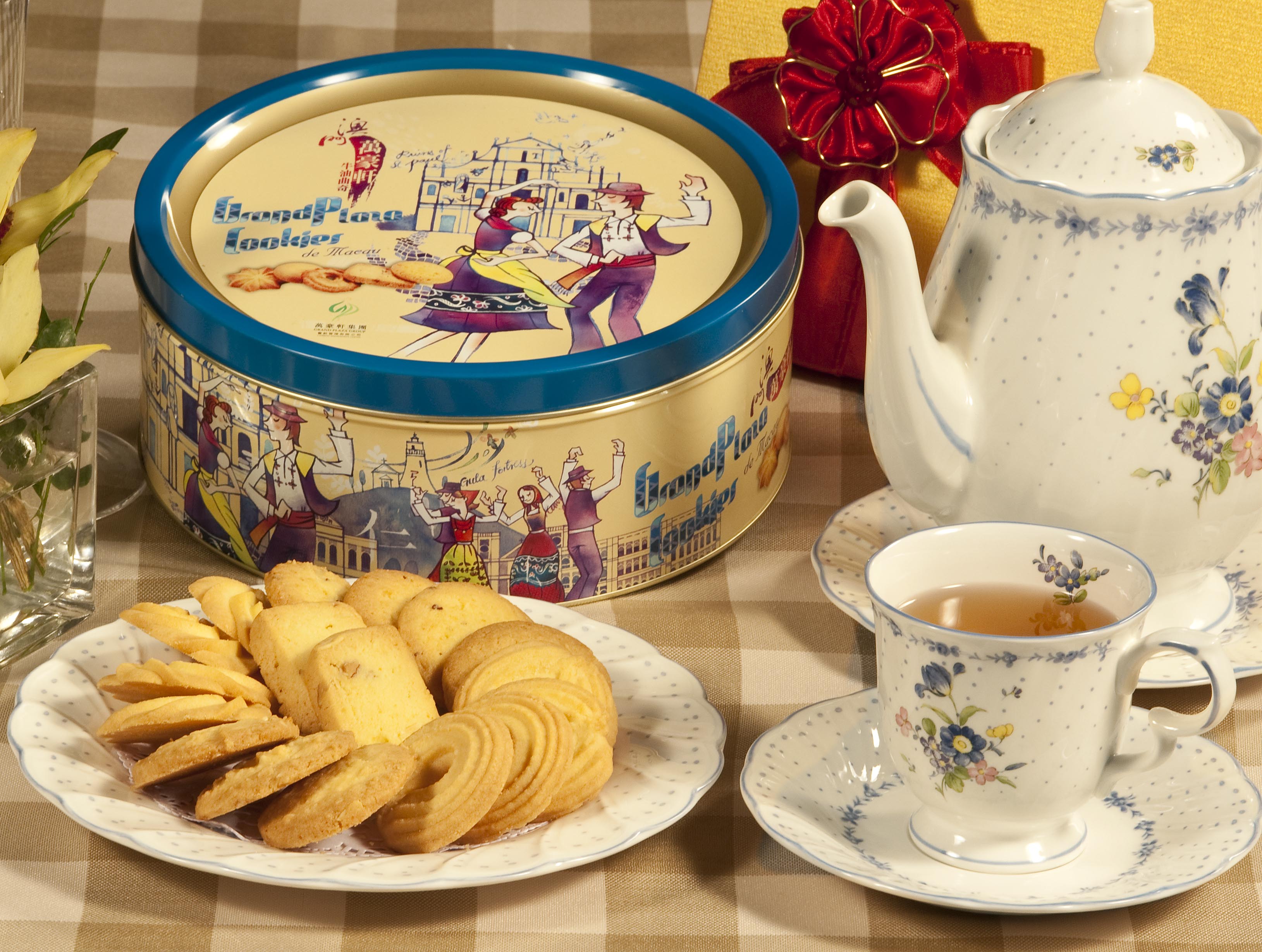 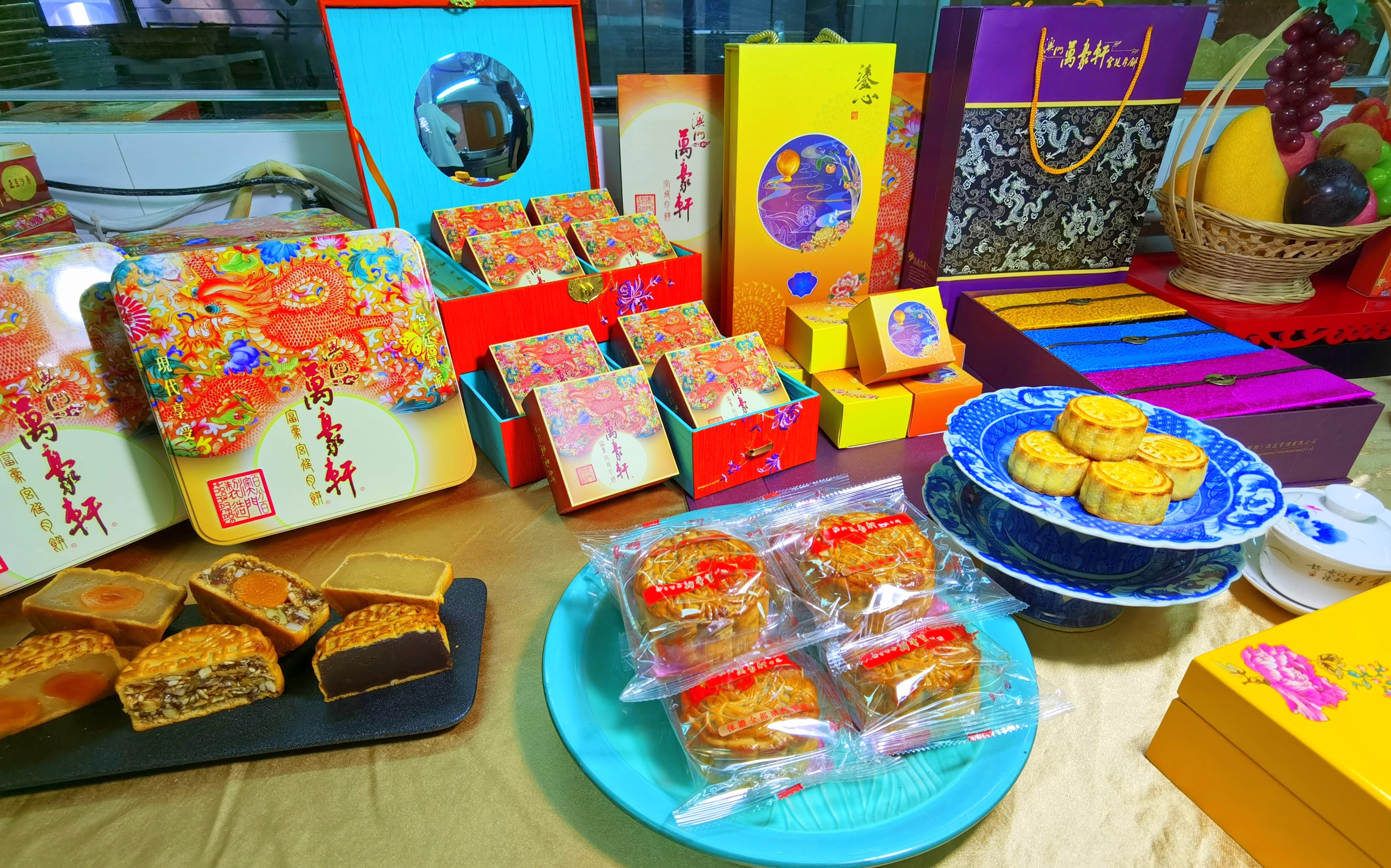 Vision towards Mainland market and active in exhibitions

Talking about the future, Deputy General Manager Lei Chi Tak says that entering the Mainland market has always been their key direction. He is grateful that the Macao Trade and Investment Promotion Institute (IPIM) have been organising many trade fairs outside Macao over the years, which has not only boosted sales but also provided opportunities for enterprises to expand into the Mainland market. Moreover, Grand Plaza products also use the chance to join IPIM’s “Macao Ideas” , to promote the brand through online and offline channels to help raise awareness of "Made in Macao", "Macao Brand" and "Macao Design" among domestic and overseas consumers and business guests. 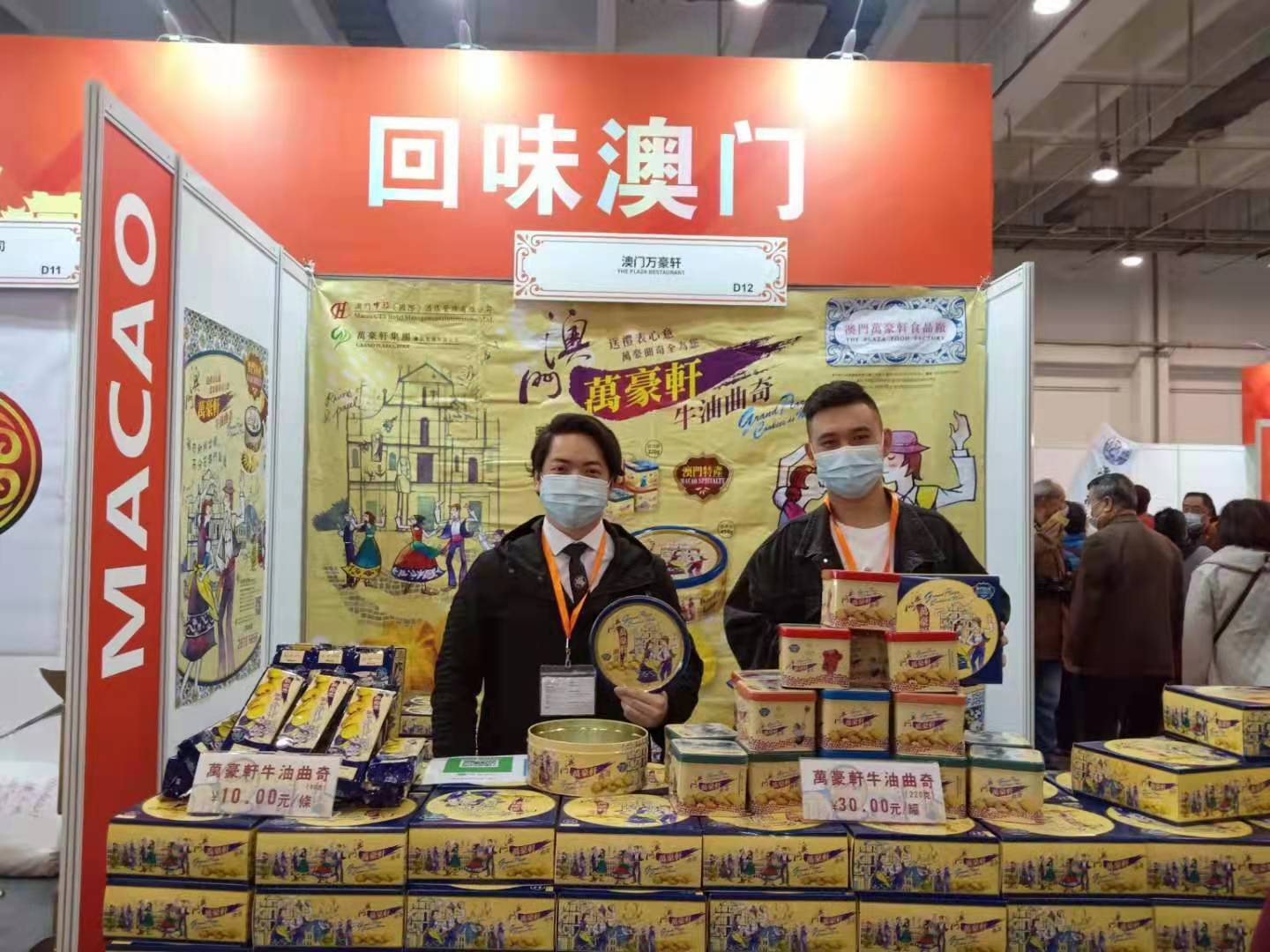 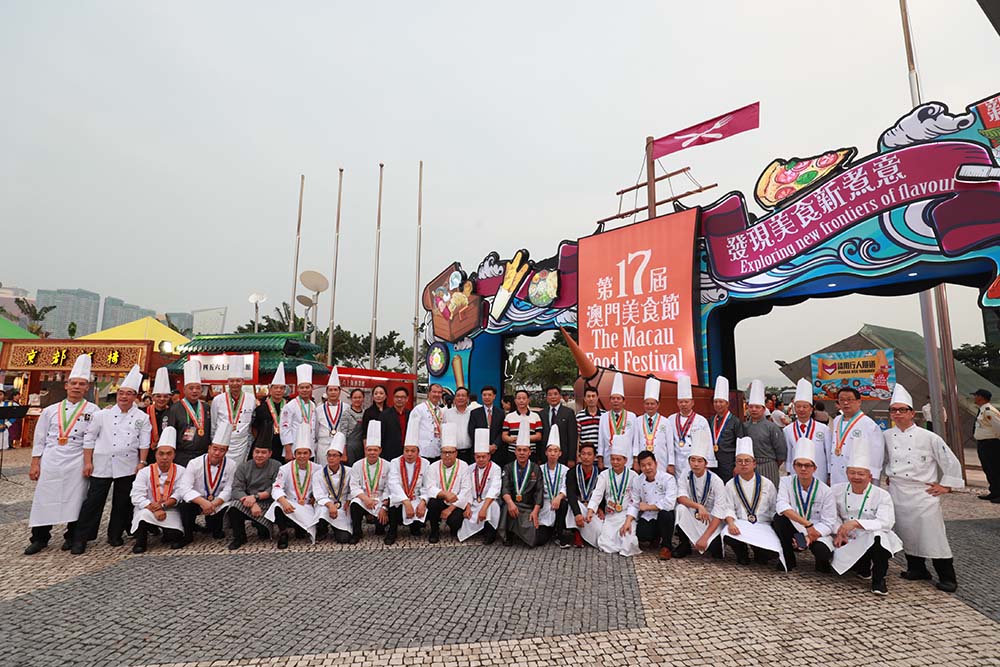