A successful business is always driven by passion – a passion for giving customers what they need or like. Passion is what impels the company in Macao – Nam Va Trading Co. – to keep building up their businesses.

With premises near the Rotunda de Carlos de Maia on the Macao Peninsula, Nam Va sells food and spices from Southeast Asia. The company was established more than four decades ago by the father of Nam Va Sales and Buying Manager Patrick Ho.

“My father is a Burmese of Chinese origin,” Mr Ho tells Macao Image. “After migrating to Macao, he found that Macao lacked products from Southeast Asia. Our company started as a store that imported various products, mainly from Thailand and Myanmar.”

In the 1990s Mr Ho’s father realised that it would be crucial for the future of the business to have products of its own. So he put great effort into the necessary study and research. “My father even went back to Myanmar and learned from the masters. He thought that the most famous food was belacan,” says Mr Ho, referring to a type of shrimp paste. “He started learning how to produce belacan, and how to make mohinga.” Mohinga is a kind of fish soup.

When Mr Ho took over Nam Va, about 13 years ago, he set out to increase the amount of business the company does. “We took part in exhibitions organized by the Macao Trade and Investment Promotion Institute, such as the Macao International Trade and Investment Fair (MIF) and the Guangdong and Macao Branded Products Fair,” he says. “The advantage of taking part in exhibitions like those is that our customer base is no longer limited to the Three Lamps district. We were able to attract people from other parts of Macao, as well as from Mainland China, to buy my products.”

Mr Ho says taking part in exhibitions not only gives his company more exposure but also gives it opportunities to interact with customers and listen to their advice so it can improve its products.

Under Mr Ho’s management, Nam Va introduced a new style of packaging for Golden Tower products. At first, the new packaging caused some confusion among some of its older customers, who thought the brand had been withdrawn from the market, indicating the needs of broader publicity. But, in time, the new design won the brand more customers among the younger generation, Mr Ho says.

Nam Va began optimising their production, giving the output a more uniform quality and making it seem less home-made. The company now intends to apply for certification by the International Organization for Standardization.

Even though it now makes its own products, Nam Va continues to import various kinds of food from Southeast Asia to Macao, especially the food popular with the younger generation.

Mr Ho says Nam Va will continue to expand its business in Mainland China. The company is investigating electronic methods of promoting its products, with a view to tickling people’s palates with some of the best flavours that Southeast Asia has to offer. 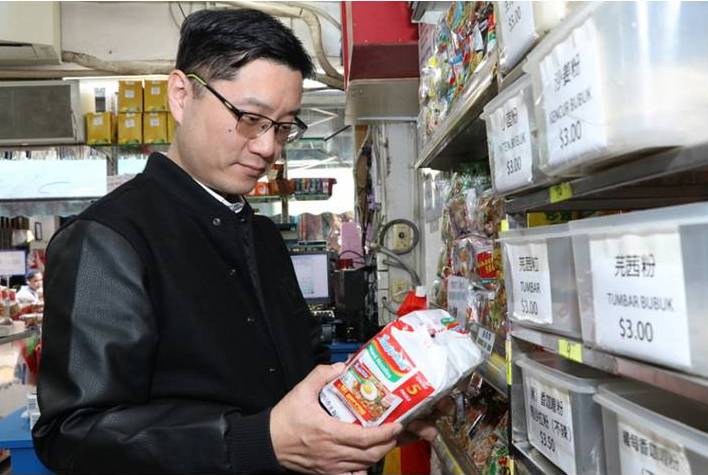