The “Macao Week in Shanghai” will deliver a mega roadshow Waitanyuan, Huangpu District in Shanghai from 3 (tomorrow) to 7 June. The Macao Trade and Investment Promotion Institute (IPIM) has organised around 40 Made in Macao, Macao brands and Macao agents of products from Portuguese-speaking countries to participate in the event, where Macao will be promoted under the theme “gift box”.

The Macao SAR Government has progressively unrolled a series of “Macao Week” events in Mainland China. The “Macao Week in Shanghai” will be held along the Yuanmingyuan Road Pedestrian Street at Waitanyuan, Huangpu District in Shanghai for five consecutive days. Through displaying Macao and Portuguese-speaking countries’ featured products, tourism and MICE seminars, and business matching sessions, the event will connect tourism, MICE, economic and trade resources between the two regions to help companies explore business opportunities, while helping to promote the image of Macao as a healthy, safe travel destination, with a view to driving mainland tourists to visit Macao to stimulate the city’s economy.

In order to portray the diverse appeal of Macao to investors in Shanghai, IPIM will once again set up exhibition areas at the event, namely, “MinM and Macao Brands Products Zone”, “Portuguese-speaking Countries Products Zone”, “Portuguese-speaking Countries Exhibition and “Made-in-Macao and Macao Brands Exhibition”. These areas are designed in a way mimicking a “gift box” to show visitors the advantages of doing business in Macao, and the characteristics of products from Macao and Portuguese-speaking countries through the featured products, including pastries, wine, spices, apparels and health food. IPIM has organised nearly 40 Macao enterprises of made-in Macao products, Macao brands and agents of Portuguese-speaking countries’ products to participate in the event.

Setting up booths to promote the “One-stop Service”

Booths will also be established at the venue to introduce the “One-stop Service for MICE Bidding and Support” and the “Investor’s One-stop Service”. In addition, participants can use the on-site video consultation services to consult a representative online for details about holding exhibitions and making investments in Macao.

Diversified activities to promote the cultures of Portuguese-speaking countries

During the roadshow, Tuna Macaense – a local band from Macao – will play and sing songs in Patua (a unique dialect developed from the Portuguese language and spoken in the Macanese community in Macao), and the four mascots of the “Let’s Hang Out” event will also pop up at the venue; a “popular slang wall” will be set up at the venue to show some of the slangs originating from the mainland in both Chinese and Portuguese to spice up the Portuguese cultural atmosphere. There will also be four “Let’s Hang Out interactive photo-taking spots” to attract more visitors with a fun and lively approach.

Moreover, the Shanghai-Macao Business Matching Session jointly organised by IPIM and the Shanghai Council for the Promotion of International Trade will be held at 10 am on 3 June, during which the investment environment and business advantages of Macao will be introduced to the participants. A tasting session of Macao products will also be held in the venue. Consultation services will be offered via video calls for on-site participants to get immediate answers to their questions. In addition, the “Macao Week in Shanghai – Macao Tourism and MICE Promotion Seminar” organised by Macao Government Tourism Office and IPIM will be held at 10 pm on 4 June to present the strengths of Macao’s MICE industries. At the same venue, industry practitioners will be invited to introduce information about hosting MICE events in Macao for this year and 2022. 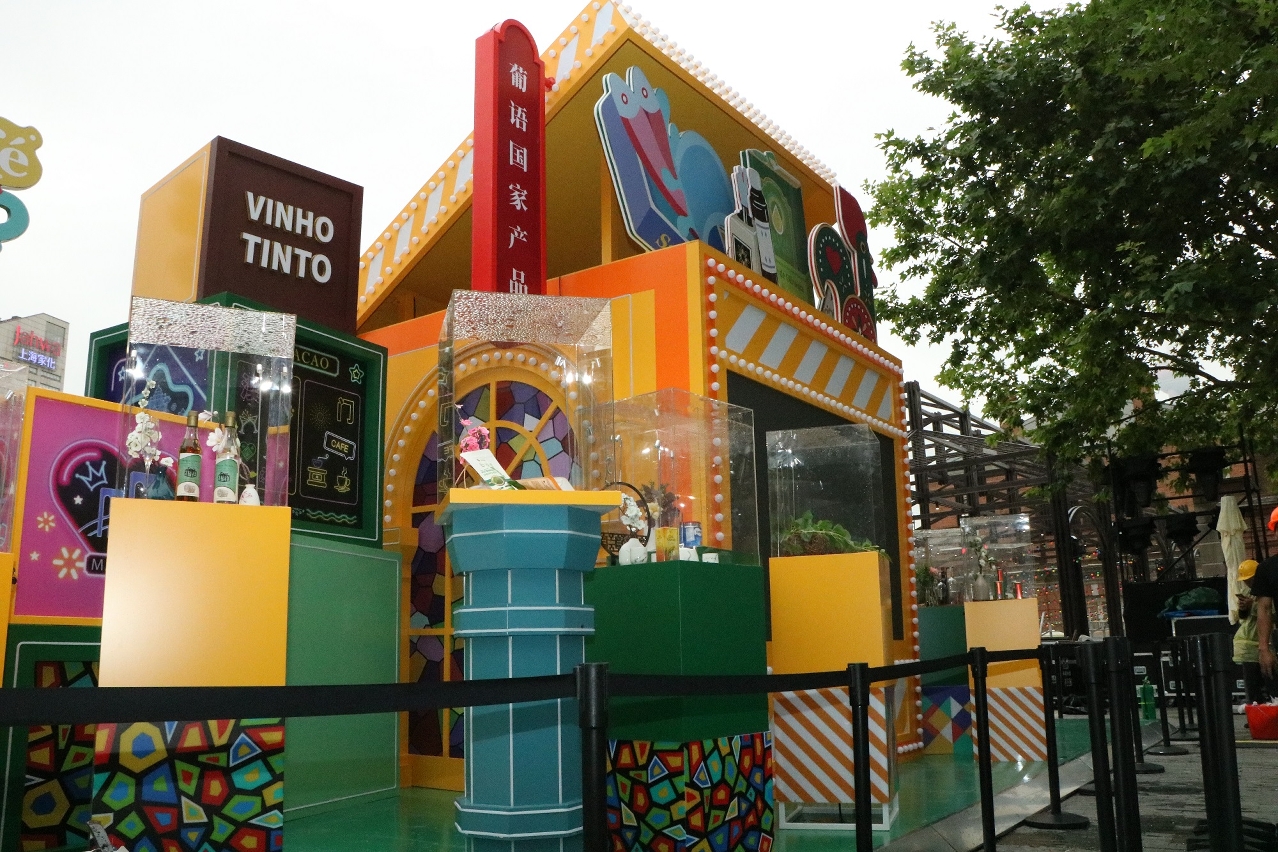 IPIM sets up exhibition areas at a large roadshow and joins hands with Macao enterprises to promote Macao products and services. 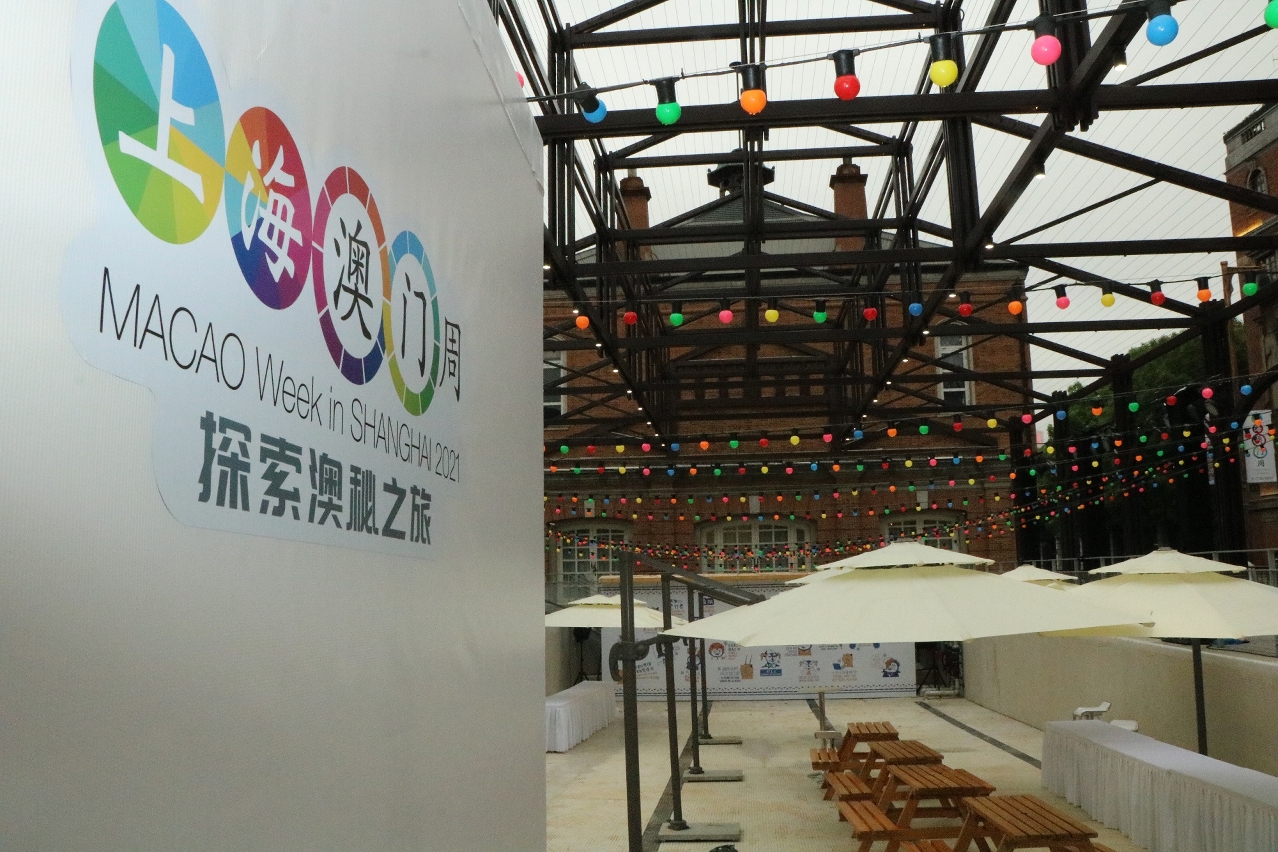 The “Macao Week in Shanghai” mega roadshow will kick off on 3 June.