In order to strengthen the co-operation and exchange between enterprises from Jiangsu and Macao, the Macao Trade and Investment Promotion Institute (IPIM) worked in hands with the Nanjing Municipal Bureau of Commerce and the Nanjing Federation of Industry and Commerce, held the “Nanjing-Macao Business Matching Session” on the first day of the “Macao Week in Jiangsu”. More than 90 enterprisers took part in the matching session, reinforcing the co-operation between enterprises from both places and expanding market.

In his speech, President of IPIM Lau Wai Meng said that the “Nanjing-Macao Business Matching Session” linked up the networks of enterprisers from both places, enabling Nanjing’s entrepreneurs to learn more about quality food and featured products from Macao and Portuguese-speaking countries. In the future, an online platform will be built to help both places’ enterprises to enter a new stage of development. He also said that Nanjing’s companies are welcome to use IPIM’s “One-stop Service” for investors to start businesses in Macao, and grasp business opportunities in the Greater Bay Area together by making good use of Macao’s advantages.

According to Director General of the Nanjing Investment Promotion Agency Wang Wei, the collaboration of Nanjing and Macao enabled a 94% bilateral exportation growth despite the impact of epidemic in 2020. By the end of last year, Macao had 94 investment projects in Jiangsu, involving US$ 267 million of investment fund. He also suggested Macao intensifying Nanjing-Macao collaboration via the interconnection of markets, construction of a free trade zone and the bond between people from both places.

At the business matching session, IPIM’s representatives introduced the participants to Macao’s investment environment and its advantages, including IPIM’s services – Investor’s “One-stop Service” and the China-PSC Business Compass. Product tasting was offered by Macao companies on-site. In addition, consultation service was also offered via video calls on-site for participants to ask questions about running business in Macao.

According to General Manager of Nanjing Xinbiao Agricultural By-product Limited Ma Rongpin, Macao’s products appeal to the mainland’s market, so he reached preliminary co-operation intension, via the event, with three to four Made-in-Macao product suppliers and Macao agencies of Portuguese-speaking countries’ products. He said that he would visit these companies and their factories in Macao soon. Ma pointed out that many citizens in Nanjing had developed a habitual consumption of coffee and wine, especially the younger generation, hence the potential in this area.

Person in-charge of Francine Chicard (Macau) Fragrance & Flavour Co. Ltd. Chan Kuok Sang reported considered the event as rewarding as participants’ businesses were very relatable, and that the event was an effective platform for Macao enterprises to expand businesses. He reported that he had reached preliminary co-operation intension with two mainland companies. According to Chan, his products sourced from Portuguese-speaking countries, whose products are not commonly seen in Mainland China, so they stand out from similar products in Mainland China. Thanks to the Macao’s discreet implementation of anti-pandemic measures and various activities the SAR Government had held, Mainland China’s enterprises were able to have better understanding of Macao’s business environment and its advantages as Macao’s relations with mainland provinces and cities was getting closer and closer.

The “Macao Week in Jiangsu” was held by the Secretariat for Economy and Finance of the Macao SAR Government. The huge roadshow took place in Nanjing from 14 to 17 May, featuring a diversified programme. IPIM organised 20 Macao commercial delegates to join the “Macao Week in Jiangsu” and arranged for 23 Made-in-Macao and Macao brand companies, as well as Macao agencies of Portuguese-speaking countries’ products to hold sales campaign at the event. 15 Macao agencies of Portuguese-speaking countries’ products and Macao companies exhibited their products at the event, including bakery products, coffee, wine, natural essential oil and apparel, raising their brand awareness and exploring business opportunities.

Since 2011, the “Industrial and Commercial Summit between Jiangsu-Macao‧Portuguese Speaking Countries” has been held in every edition of MIF. IPIM has been supporting the organisation of the Summit and the parallel exhibitions via the city’s MICE platform. The event aims to link Portuguese-speaking countries’ enterprises to their counterparts in Jiangsu, Nanjing and Macao, creating more opportunities. 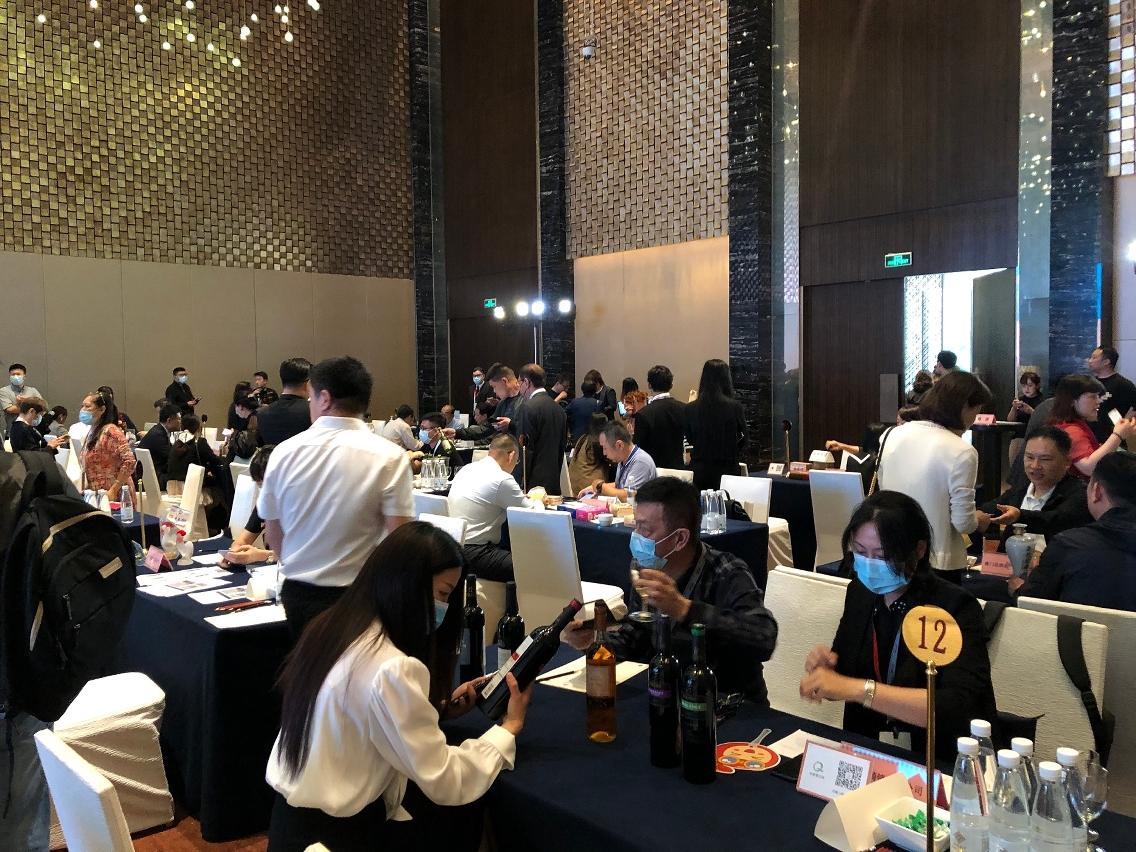 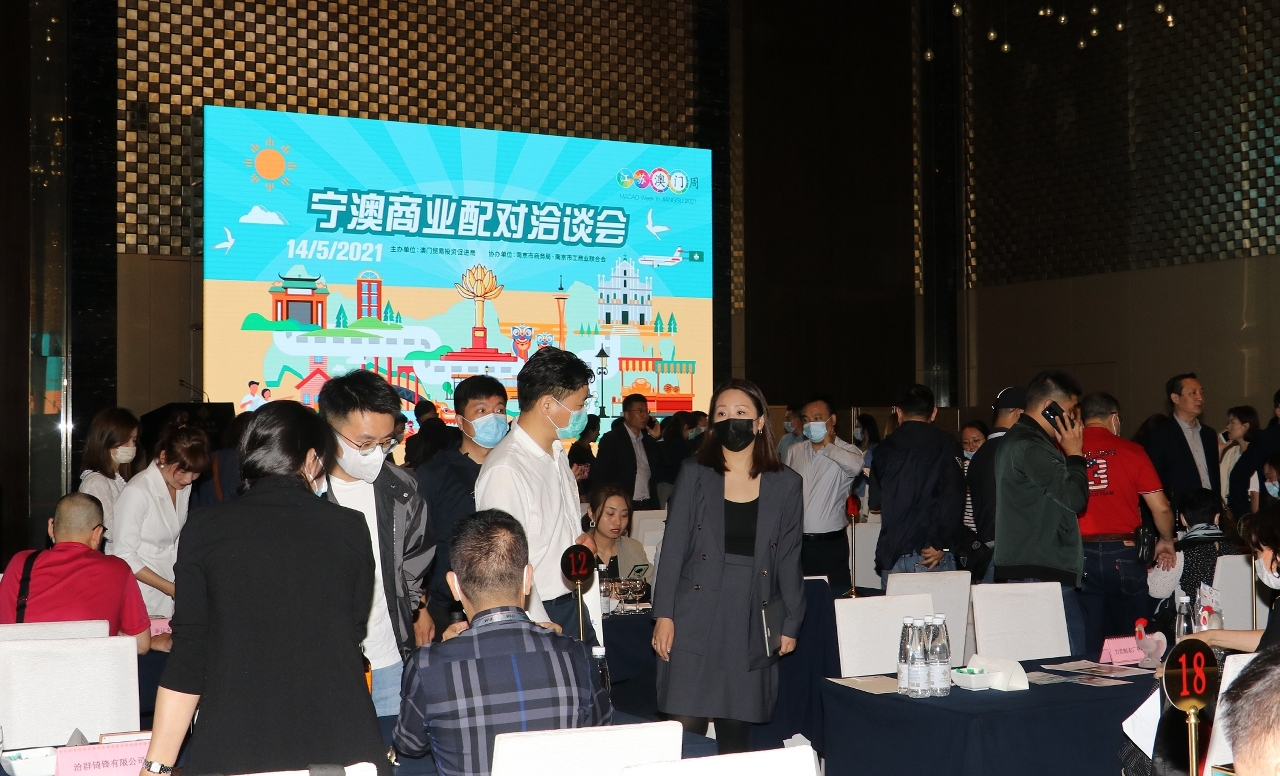 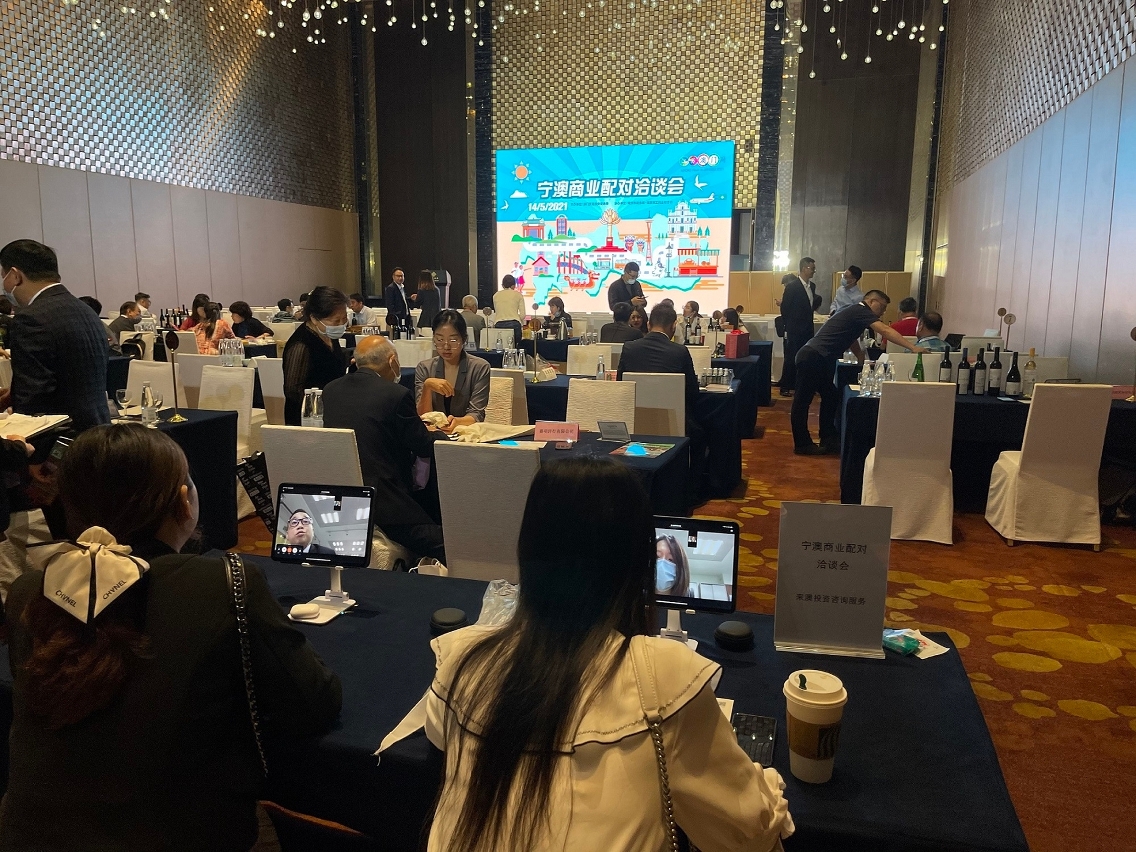 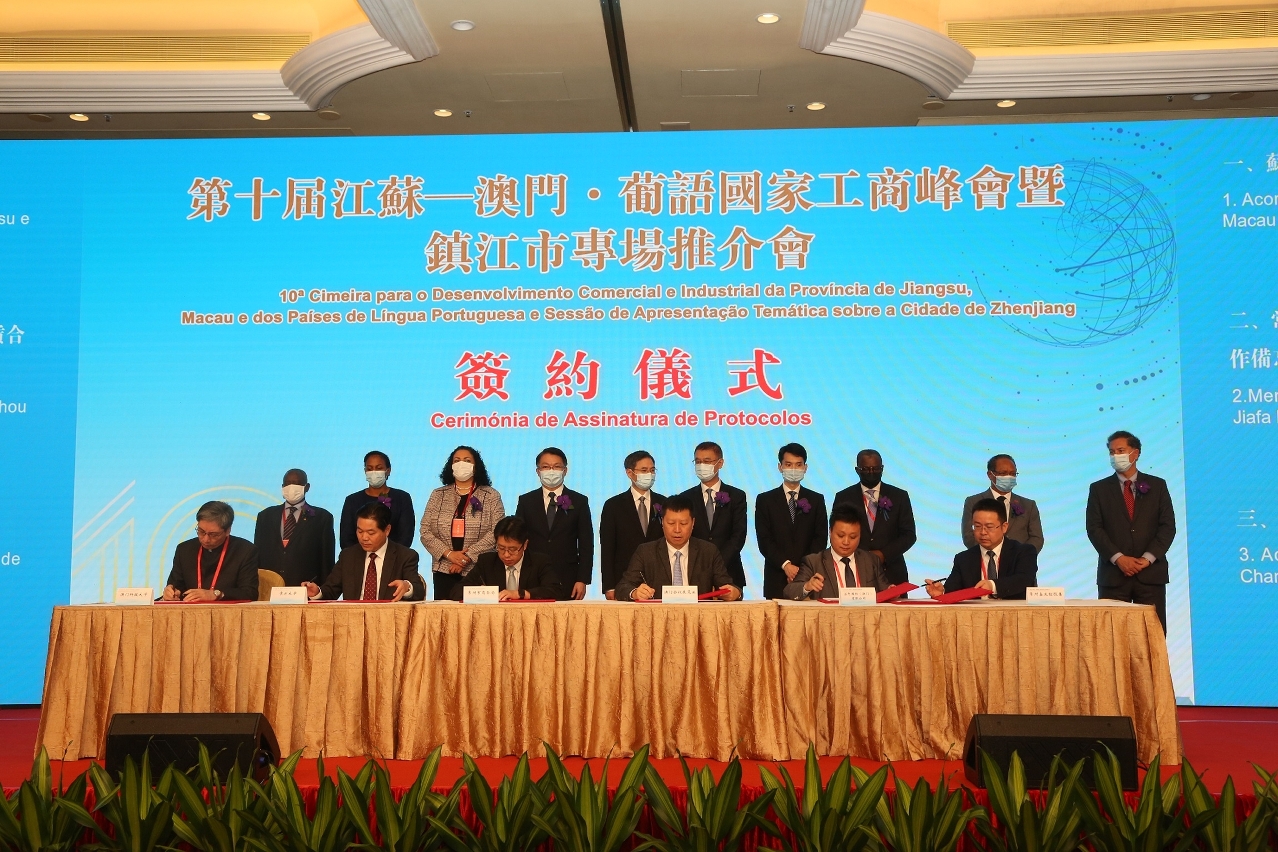 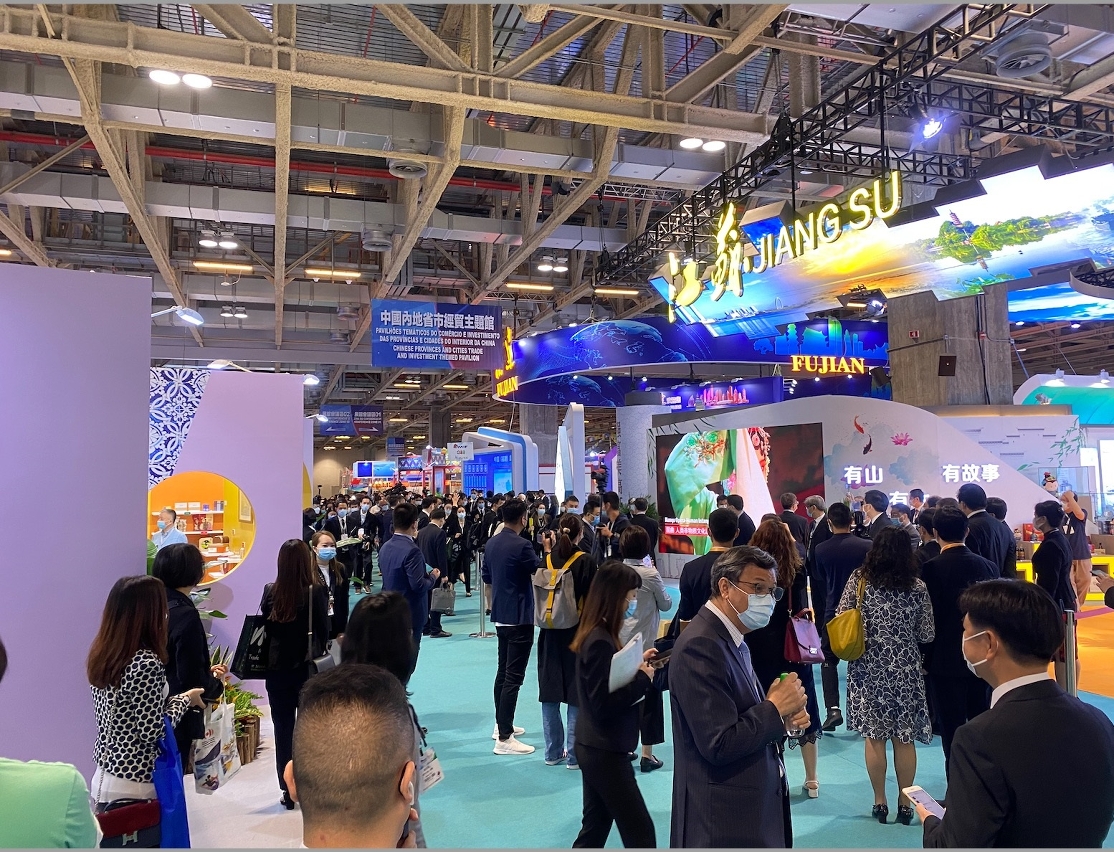