Organised by the Ministry of Commerce and the People’s Government of Hainan Province, the first China International Consumer Products Expo was held in Haikou, Hainan from 7 to 10 May. To have a better understanding of Hainan province’s practice and enhancing the connection between Macao’s commercial associations and the Expo’s exhibitors, the Macao Trade and Investment Promotion Institute (IPIM) organised 35 representatives of Macao’s commercial and MICE sectors to visit Haikou from 6 to 8 May to participate in the 1st China International Consumer Products Expo. At the event IPIM set up the “Macao Pavilion” to showcase Macao’s business environment and advantages in holding MICE events. On 7 May, an exchange session for Hainan and Macao participants was held, where MICE specialists from both places shared their experiences in organising events. Business matching activities were also included in the session to promote the qualitative development of the MICE sector.

Hainan and Macao Work on the “Multiple Poles” collaboration model

The Macao delegation was received by Executive Vice Governor of Hainan Province Shen Danyang. According to Shen, Hainan and Macao are geographically close and it takes less than an hour to travel from one city to the other by ferry. Both regions adopt a similar positioning strategy, which suggests that they can develop a “multiple poles” collaboration model. Both places can also take turns to hold MICE events to enhance multilateral co-operation and connections. IPIM’s President Lau Wai Meng also reported on how Macao’s MICE sector has grown in recent years and agreed with the “multiple poles” collaboration model at the meeting. As to the MICE practitioners, they considered this collaboration model as being able to create more co-operation opportunities during the pandemic.

The “Macao Pavilion”, set up by IPIM at the venue, covered an area of 54 square metres. It publicised Macao’s business environment, Macao’s MICE sector’s competitive edges, and the advantages of Macao’s role as a Commercial and Trade Co-operation Service Platform between China and Portuguese-speaking Countries, as well as IPIM’s services. In particular, the “Portuguese-speaking Countries Food Exhibition Centre” was set up in the “Macao Pavilion” to showcase more than 50 food products from Portuguese-speaking countries sold by 13 Portuguese-speaking countries products agencies and organisations. Visitors could also scan the QR codes to view some of the products online. In addition, a consultation service was offered via an online video call at the “Macao Pavilion” for attendees to learn about Macao’s investment environment, while IPIM’s staff were on hand to answer any questions attendees might have had. More than 60 meetings were held on the first day.

In an effort to enhance the collaboration and exchange between the two places, IPIM held the “Hainan-Macao MICE Co-operation Exchange Session”, at which representatives of both places introduced how the MICE industry has grown in Hainan and Macao. They also shared how they organised MICE activities while coping with the pandemic. Free discussions and networking sessions followed the exchange session. During the event, the Macao delegation had more than 40 business matching sessions with local participants. In addition, the delegation also visited the Haikou Riyue Plaza and learnt how business recruitment is done in Hainan. The delegation visited the Yacht Exhibition of the First China International Consumer Products Expo.

According to Mr Pun, a member of the delegation, it was a fruitful visit since most of the things were excellently presented at the first Expo, including the booth design and pavilion set up, from which people could learn a lot. He also mentioned that Macao’s MICE practitioners could also learn from the Expo’s supporting facilities, transportation and accommodation arrangements. Mr Pun said that the event enabled him to meet local MICE companies and extend his and the Macao sector’s network. Some of the representative of Hainan’s enterprises reported that the exchange session helped practitioners from both places to have better communication, which allowed them to cope with challenges arising from the pandemic in a more effective way. 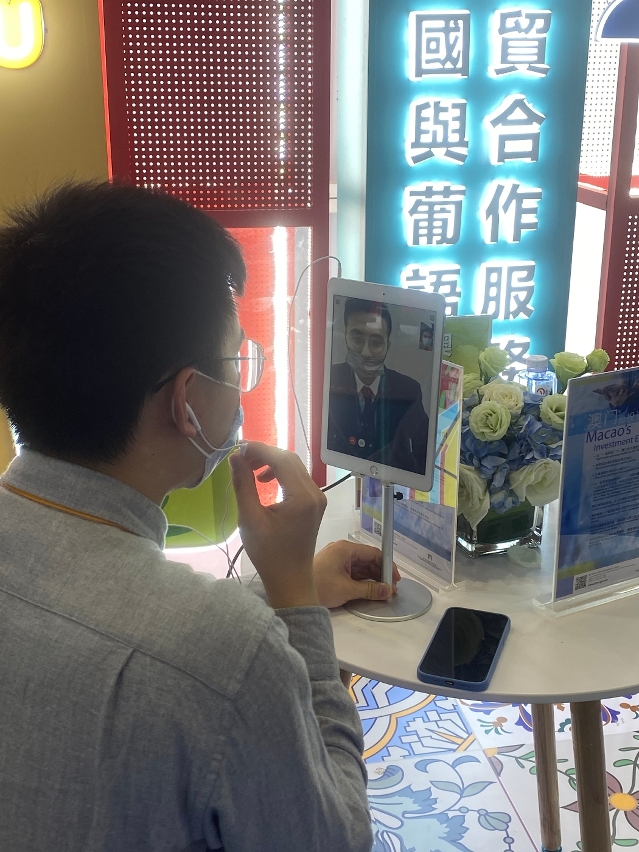 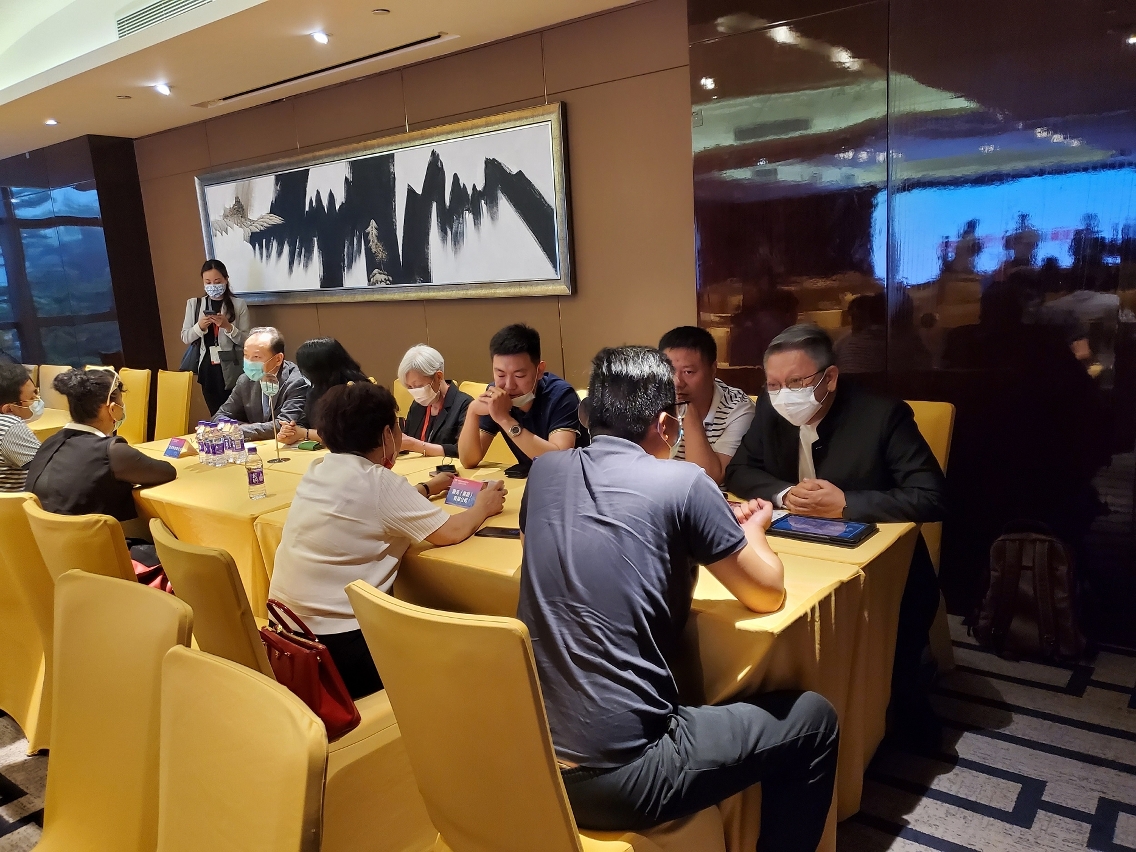 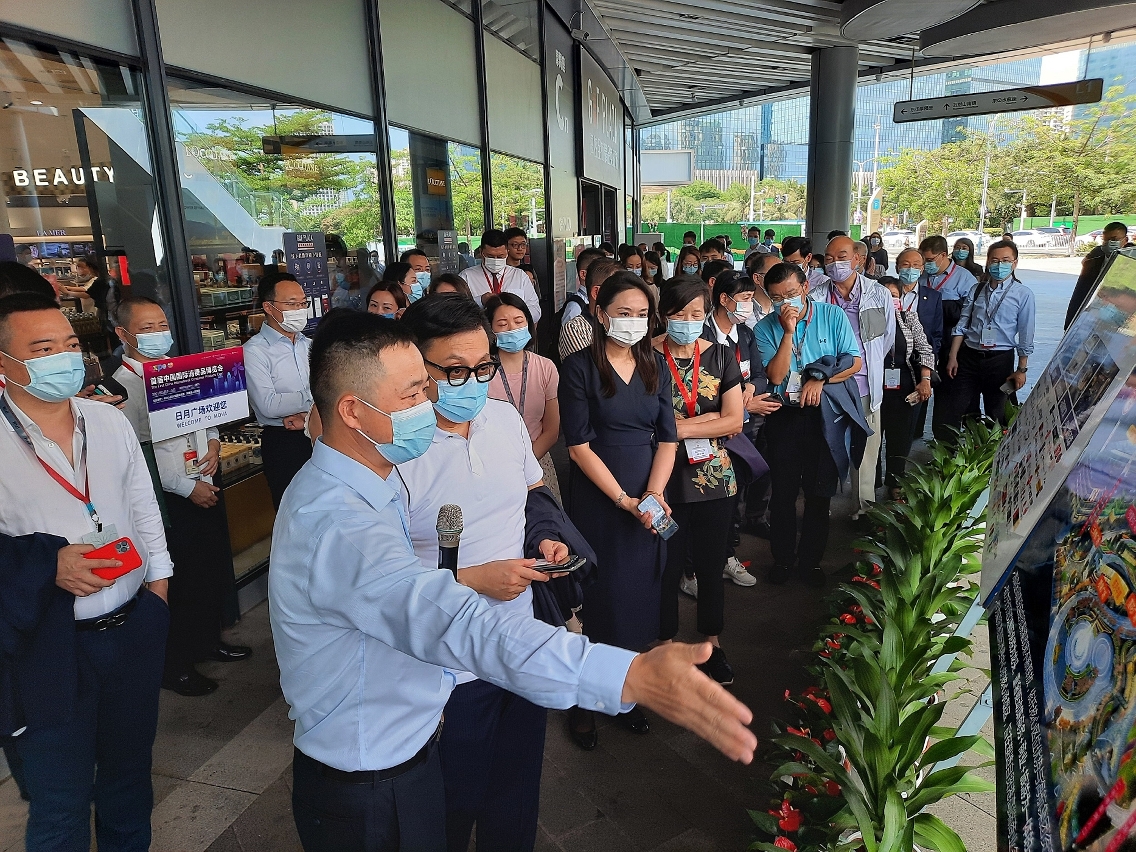