Each city has its own unique rhythm and ambience, and a local beer brand symbolises the life blood running through the city and represents cultural vitality and enthusiasm, renders distinct features of the city’s image and presents the special lifestyle of local residents from a different perspective. “Macau Beer” is such a local beer brand named after the city. Now, let’s take a sip of the refreshing wheat beer and I shall tell you the unique story of Macao. 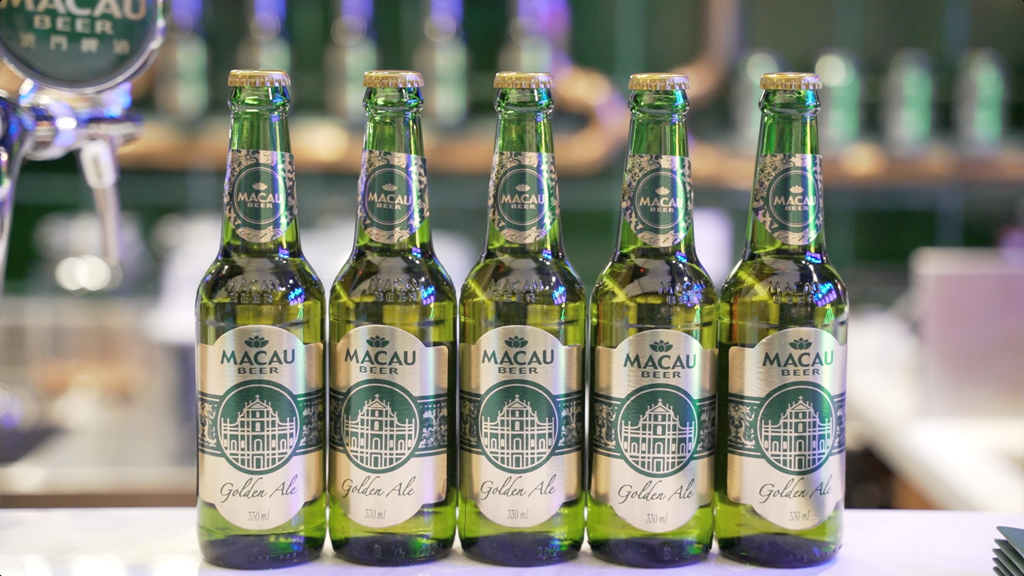 Macau Beer Company Ltd. was founded in 1996. With an ever-growing business, its factory was moved from Macao to Zhuhai National Hi-tech Industrial Development Zone. The factory covers an area of around 200,000 square metres and has a production capacity of up to 300,000 tonnes per year. The Golden Ale, which has a smooth taste and gorgeous wheat aroma, is the signature product of Macau Beer. The product is designed with the hues of vibrant dark green and gold to reveal its identity as a Macao product, and the motif featuring Macao architecture embodies the city’s Portuguese features. Another product, White Ale, has a fruity flavour and delicate taste. 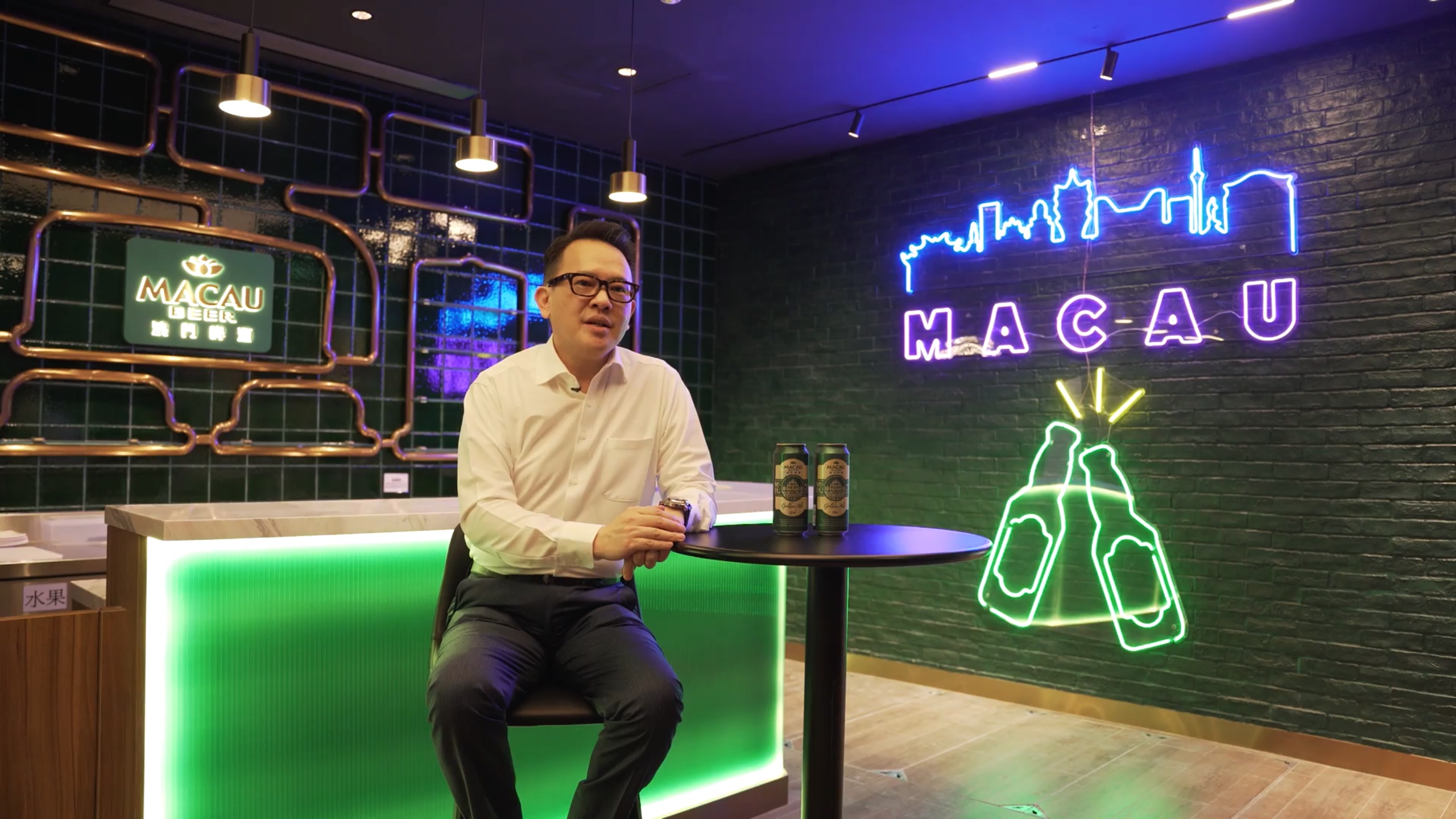 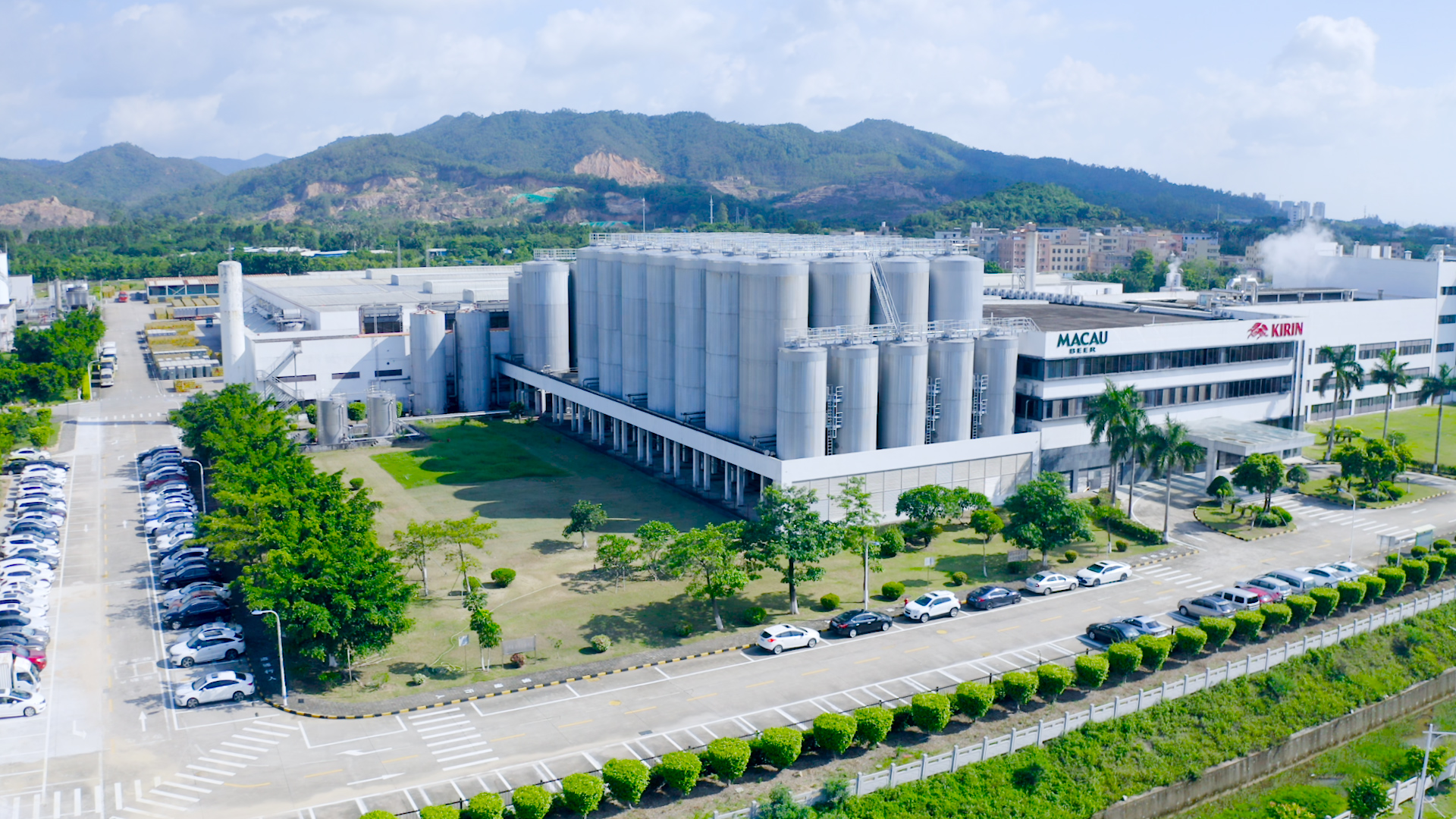 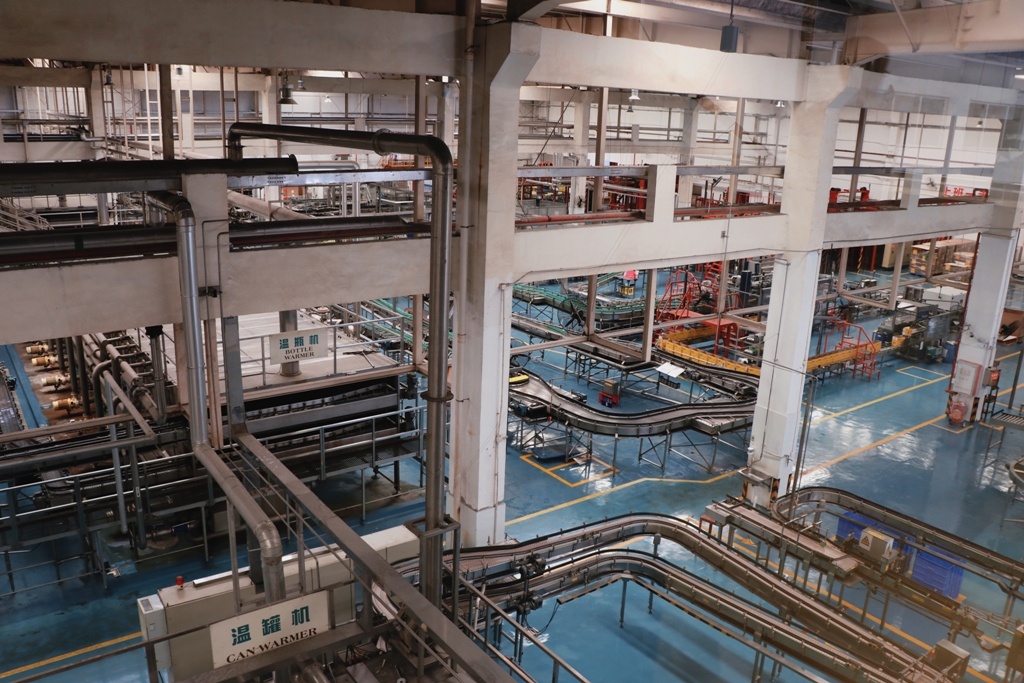 Interior of the factory

A flavour evokes memories of a city

Charles M. Choy, Co-chairman of the company, believes that Macau Beer upholds the culture of the city as it is named after Macao, and hopes to promote Macao’s one-of-a-kind charisma. “A flavour evokes memories of a city”. To this end, Macau Beer co-operates with airlines to give visitors to Macao an initial impression of the city through a taste of Macau Beer during their flight into the city.

In addition to the regular products of Gold Ale and White Ale, Macau Beer also co-operates with a number of large-scale hotels to launch special crossover products. In 2021, to actively promote the entertainment, culture and sports events in Macao, Macau Beer served as the official partner of the “Wynn Cup” Qingdao-Macao International Offshore Race 2021, and launched the souvenir edition of Gold Ale for the event, which features a new label design that consists of sailboat and the city’s landmarks. Choy believes that the souvenir edition of the beer not only imprints the event in people’s memory, but also continues to spread the event’s spirit across the community, thereby introducing tourists to Macao’s urban features from diverse perspectives. 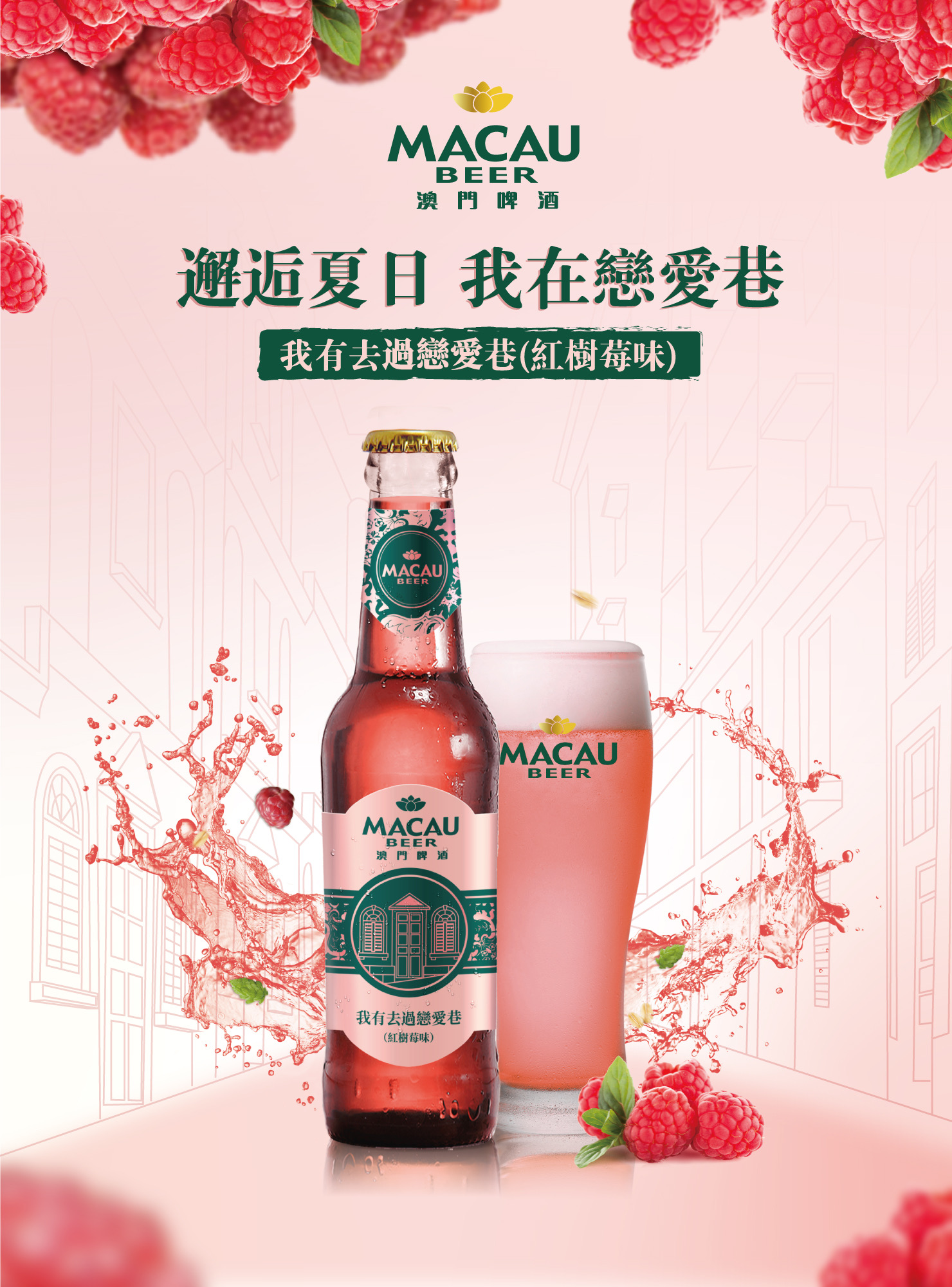 Raspberry flavoured beer, “I have been to Travessa da Paixão” 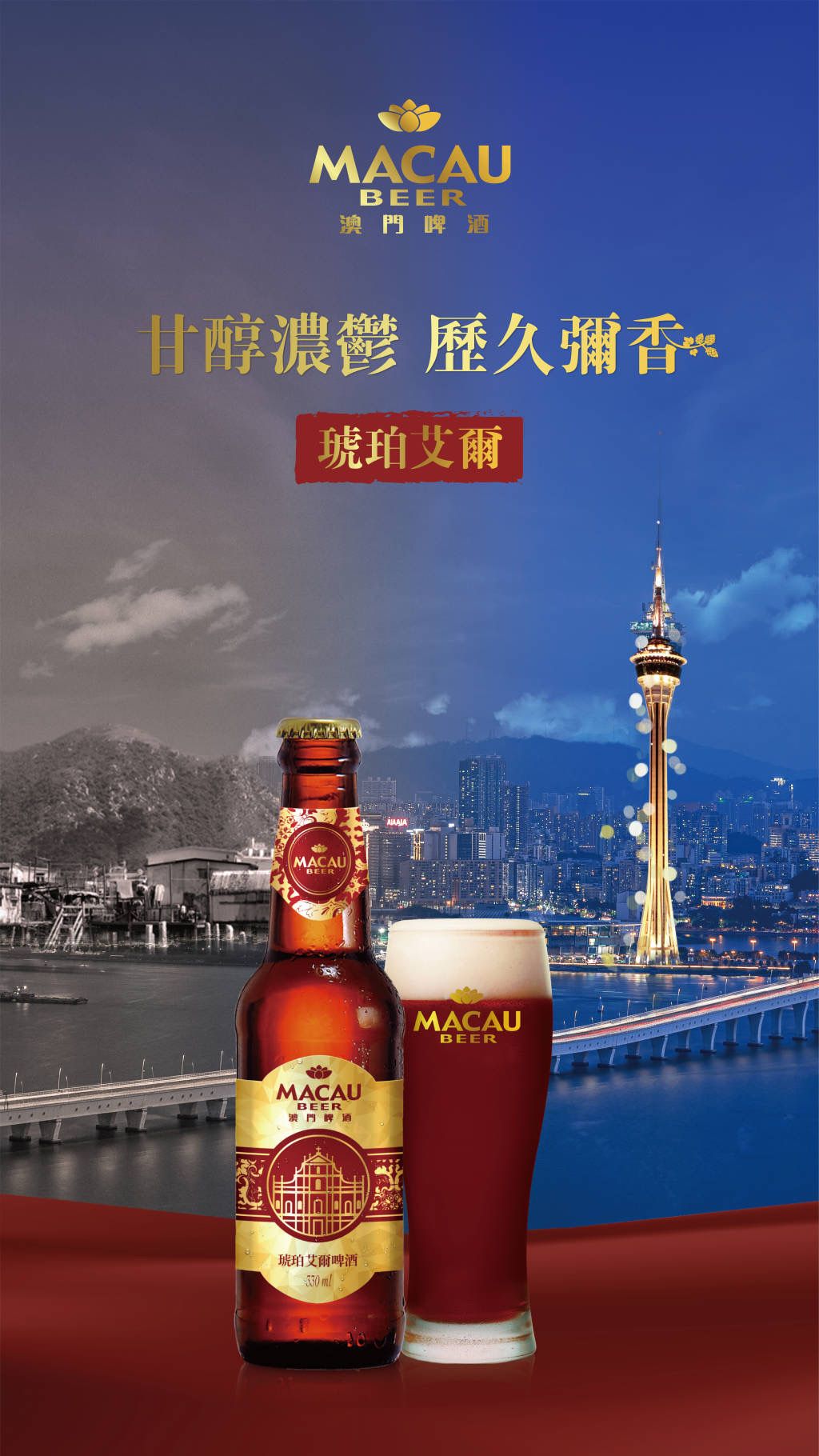 Promoting Macao’s sentiments in the name of the city

Over the years, Macau Beer has been involved with the Macao Trade and Investment Promotion Institute (IPIM) to participate in a number of MICE events in the hope of promoting the flavour of Macao through beer. The company’s acquaintance with Tsingtao Beer during the Dynamic Macao Business and Trade Fair – Qingdao at the end of 2020 led to it hosting the Macau - Qingdao Beer Cultural Festival in July 2021, hoping to gain inspiration for the production of a more memorable flavour through combining two beer brands. During the event, two seasonal limited editions of beer were launched, namely the raspberry flavoured “I have been to Travessa da Paixão” and beech wood flavoured “Macau Amber Ale”.

Through supporting gourmet activities held during the Macao Week in Shanghai in 2021, Macau Beer gave the Shanghai people an experience of authentic Macao-Portuguese flavours through beer. At present, the company’s products are mainly sold to mainland China and even to Japan, South Korea and the Philippines, which is expected to pass on the glamour of Macao to people overseas. 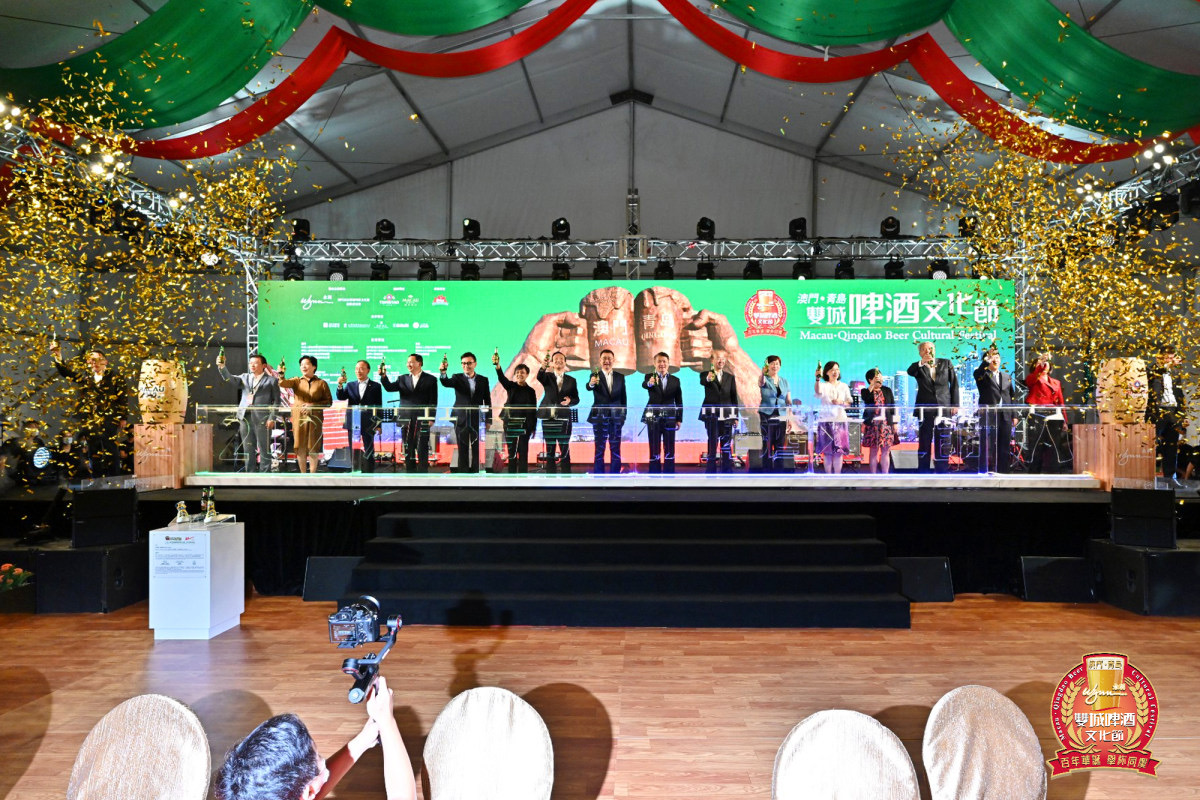 Striving for improvement and making a contribution to society

Looking back at the COVID-19 outbreak, Macau Beer was one of the earliest factories and enterprises in Guangdong province that resumed operation and production. Choy is very proud of this fact and believes it is a manifestation of the spirit of Macau Beer. Against the severe impact from external factors, the enterprise promptly co-ordinated with relevant policies with highly efficient execution, such as that the production conditions were able to conform to strict hygienic examination requirements. Such efforts have somewhat demonstrated the resilience and enterprising corporate culture of the company.

In the future, Macau Beer will continue to co-operate with all sectors of the local community and promote the prestige of Macao by integrating various elements. At present, the concept store newly established at Rua do Almirante Sérgio provides an offline service experience to customers while also serving as a platform for the company to establish connections with different circles within Macao. The store not only markets crossover products jointly developed with local cultural and creative designers, but also features cuisines launched with local chefs, in the hope of facilitating more local brands to go global and make a contribution to society through cross-industrial co-operation. Choy also envisages designing a set of sightseeing routes that integrate beer, gastronomy, music performance, cultural and creative industries and sightseeing, to revitalise the old districts and facilitate local communities’ development through the circulation effect of Macau Beer. 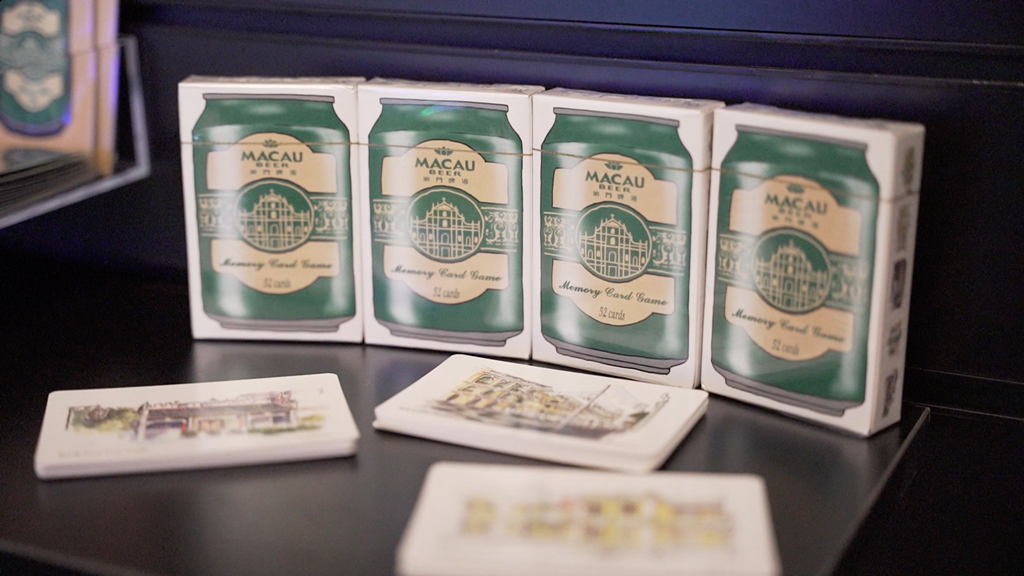 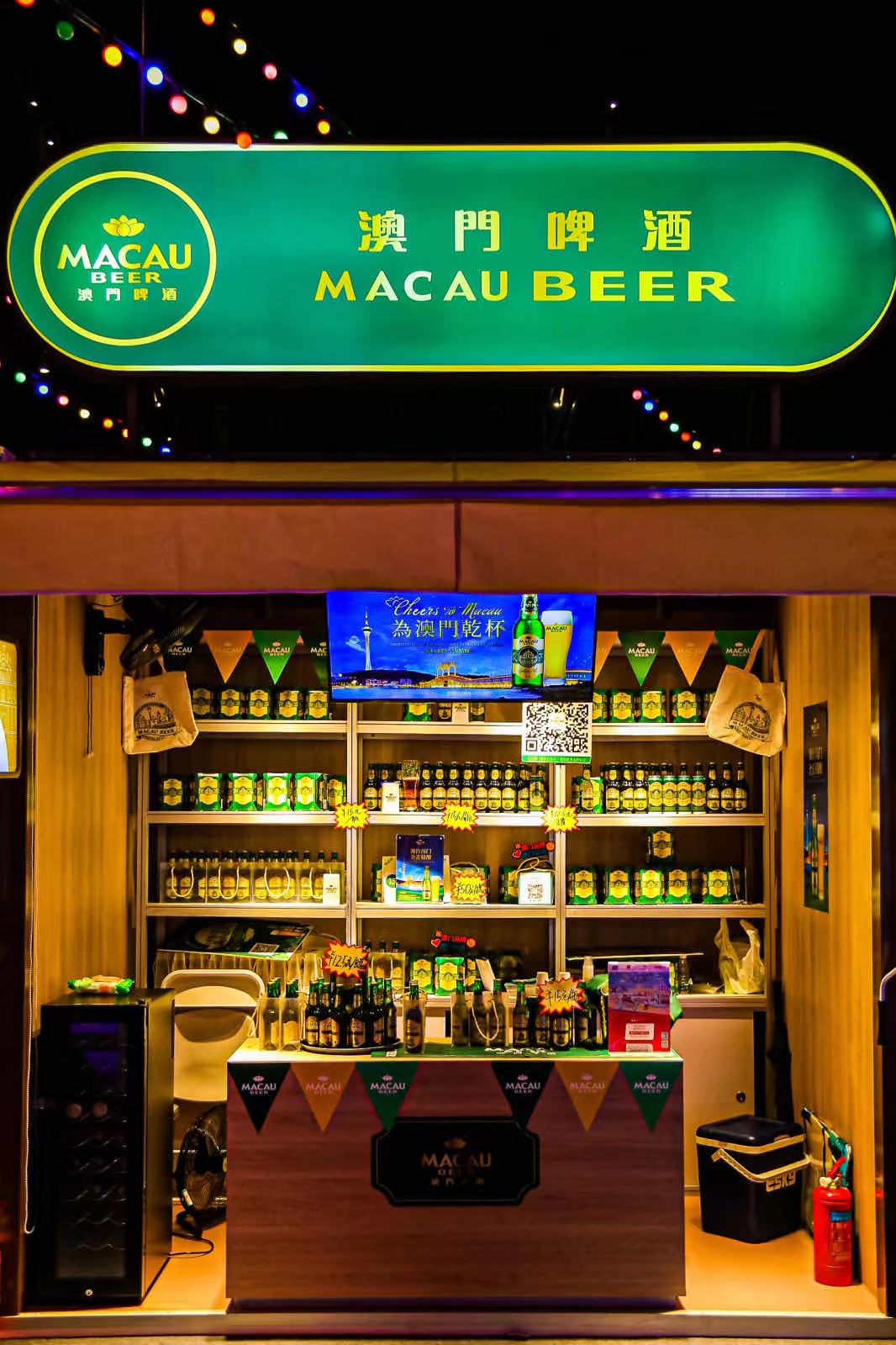 Participating in Macao Week in Shanghai