Car racing enthusiasts are fascinated with racing cars for their electrifying speed, roaring engines and dazzling contests, which have also led to the popularity of model racing cars. Beemax Development Company Limited (Beemax), founded in 2014, is a local company specialising in the design and production of model racing cars. It manufactures models of Macao Grand Prix champions’ vehicles, part of which are distributed in Japan and Europe. A dream for men: turning hobby into business

The co-founders of Beemax, Antonio Ieong and Daniel Liu, are car-racing enthusiasts and possess an in-depth knowledge of races and racing teams around the world. Ieong said that ‘Shizuoka City is also known as “the capital of models” for being the cradle of Japanese miniature models’. The duo were introduced by a Japanese friend to one of the big four manufacturers of Shizuoka City*, Fujimi Mokei Co. Ltd. in 2006 and landed a deal to offer racing-car modelling advice to the company. They earnt positive feedback from their first collaboration and received an invitation to work with another model manufacturer, Aoshima Bunka Kyozai Co. Ltd. The recognition gained in the Japanese model sector boosted the duo’s confidence in model car production that led to the birth of Beemax. 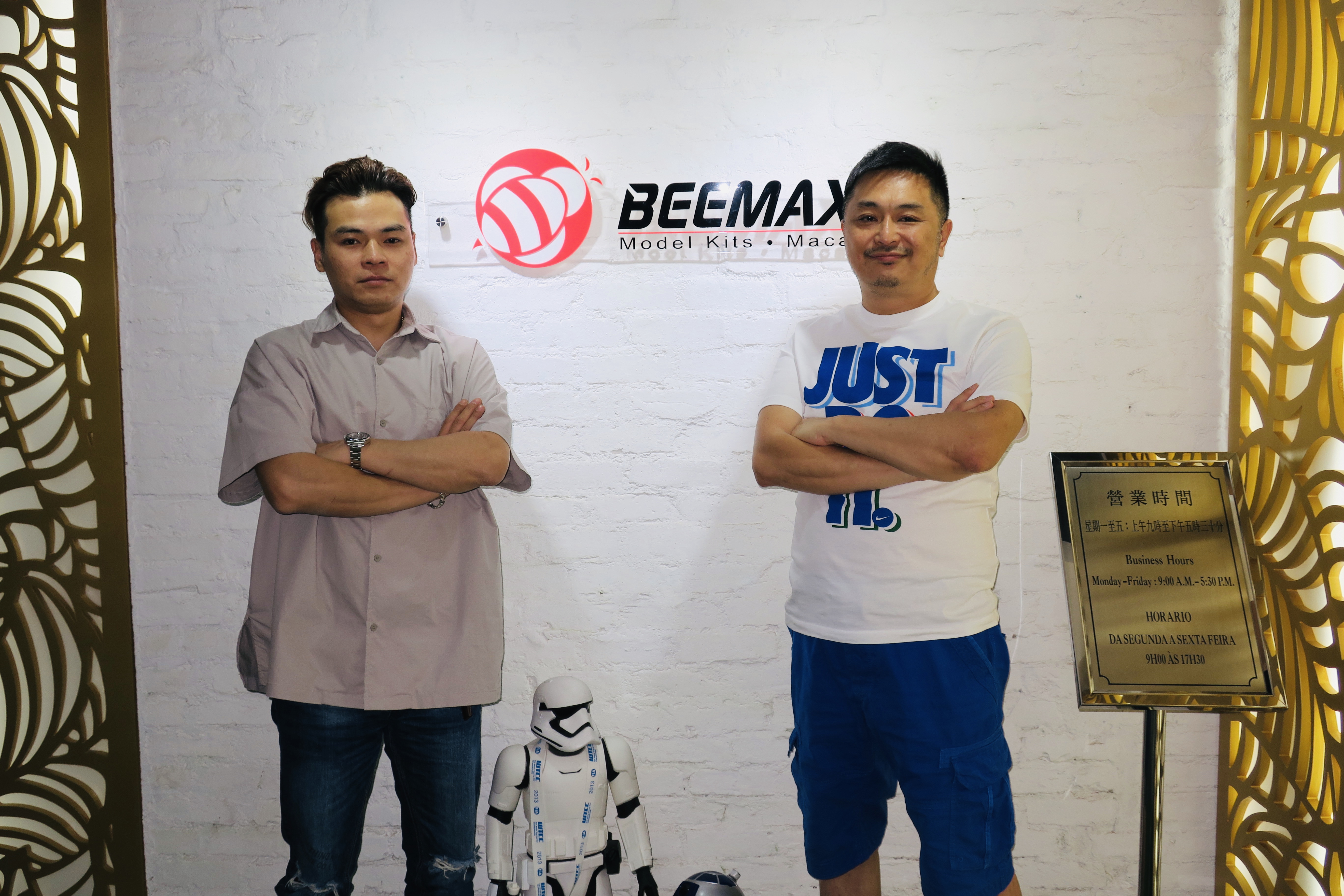 It is easy to start a business but difficult to safeguard its success, which is certainly the case with Beemax. Ieong and Liu recalled that it was no smooth process for them to obtain licences from car manufacturers, and that they were often given the cold shoulder: ‘Some of the manufacturers had never even heard of Macao, so they were pretty apprehensive’. It takes six to eight months to design and produce a racing car model. Currently, the company is mainly recreating winning racing cars from the Macao Grand Prix many years ago, and finds it very difficult to obtain data for the 3D-prototype. However, to recreate their dream models, the duo have travelled to Japan and Europe to find woodcraft experts to produce wood model kits as close to the original as possible, and to ensure that exact replicas are crafted for each of the champions. Intricate details and high quality have gradually earnt Beemax a reputation in the international market. 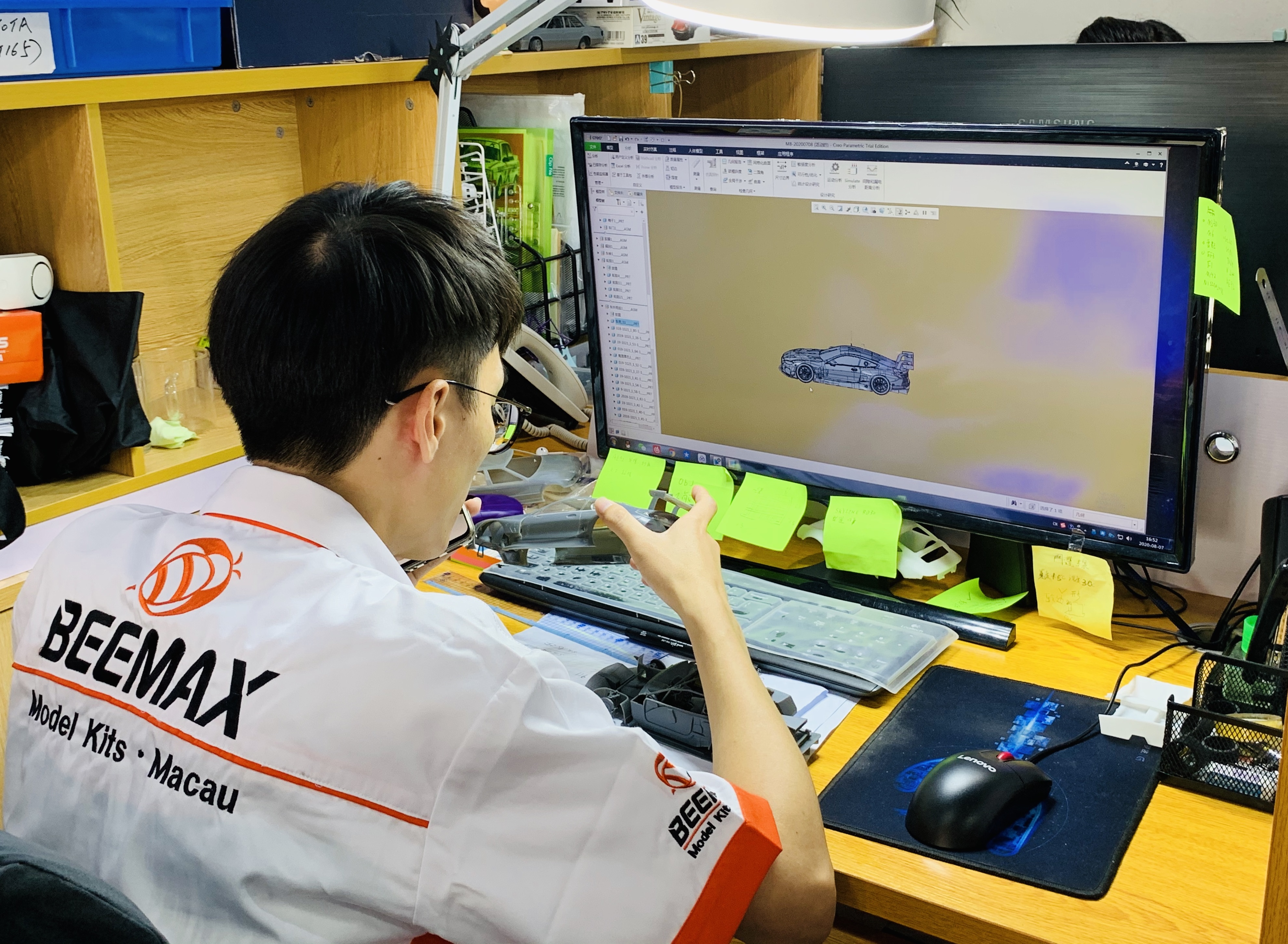 It takes six to eight months to create a model racing car, with meticulous effort required in every step 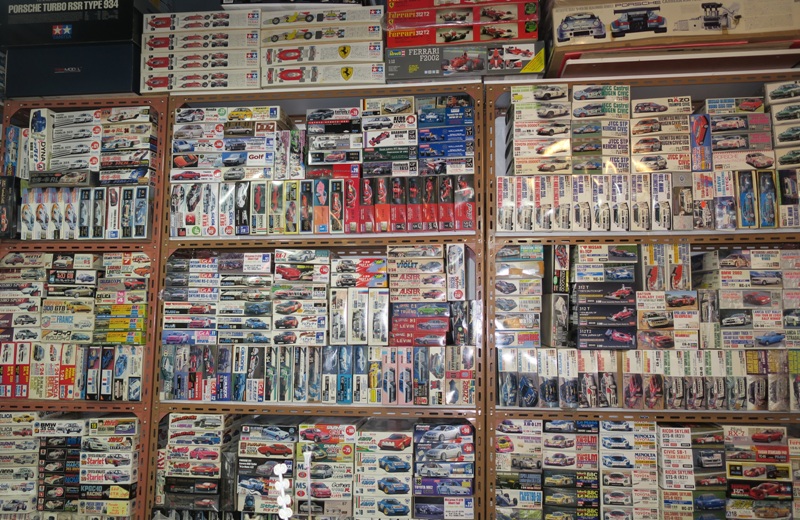 The office has an impressive wall of model kits

Thundering onto the international circuit in top gear

To promote their products more effectively, Beemax participates in the Tokyo-based All Japan Model & Hobby Show and the Shizuoka Hobby Show every year, and has garnered awards from ModellFan magazine in the world-leading Nuremberg Toy Fair in 2018 and 2019. Beemax is currently manufacturing over 10 Macao racing car models; in the future, the company plans to produce more Grand Prix models to give a better glimpse of Macao’s motor sport history, and hopes to expand its business to the United States. By joining the international business visits and matching sessions organised by the Macao Trade and Investment Promotion Institute, the company hopes to reach more model agents from different countries and regions and explore a broader international market. 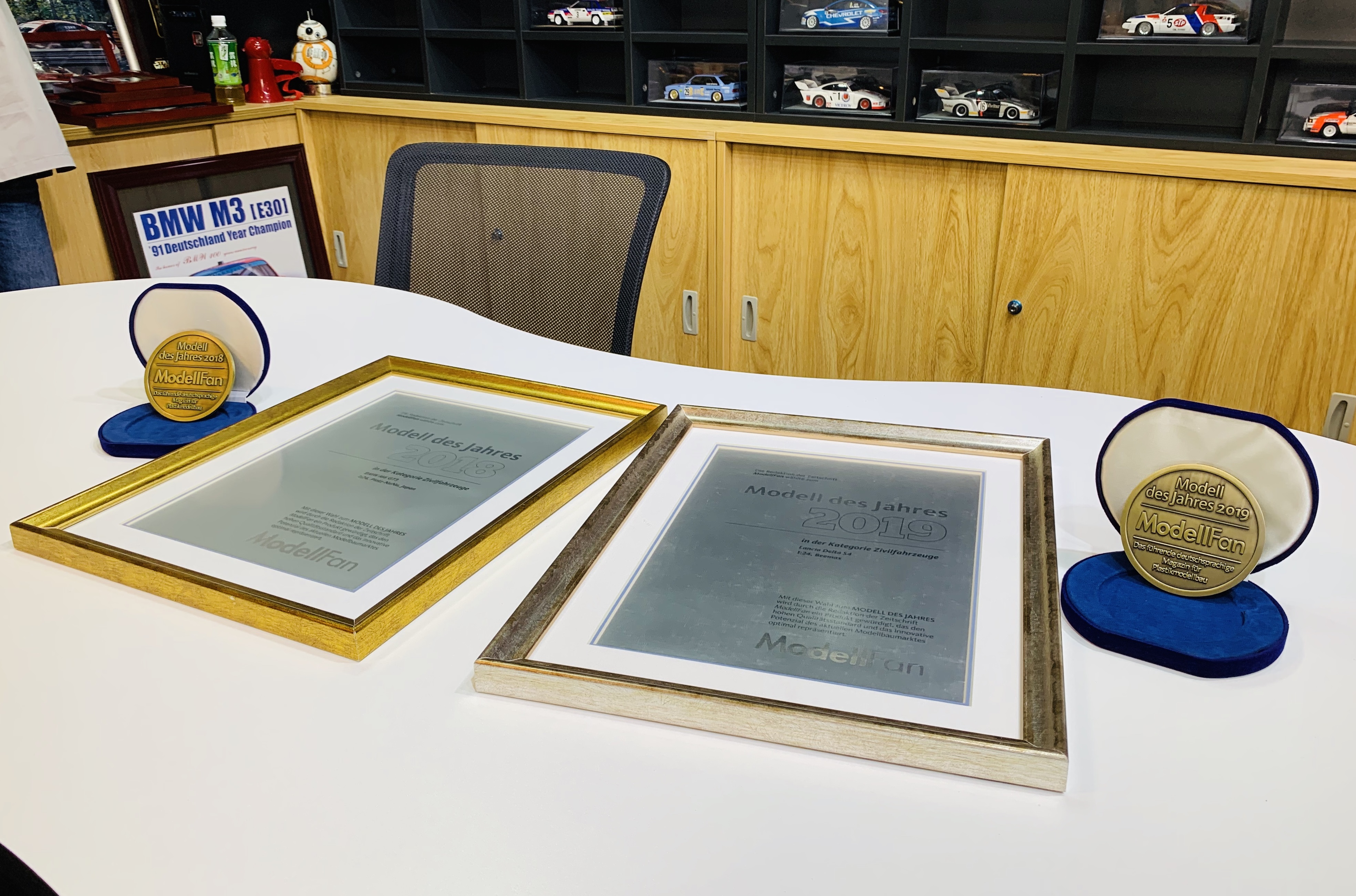 A business opportunity and nostalgic sentiment

The duo’s feverish passion for racing cars can be seen in the change of their role over the years from model enthusiasts to collectors to manufacturers. The intricately made model racing cars are an object of delight for people of all ages from teenagers to people in their 60s and 70s, which reflects the wide spectrum of their target customers. In Ieong’s and Liu’s view, ‘A model racing car is merely a toy for kids, but collecting them represents a nostalgic sentiment for adults’. Perhaps it is the countless supporters that have allowed the model racing car market to thrive over the years. 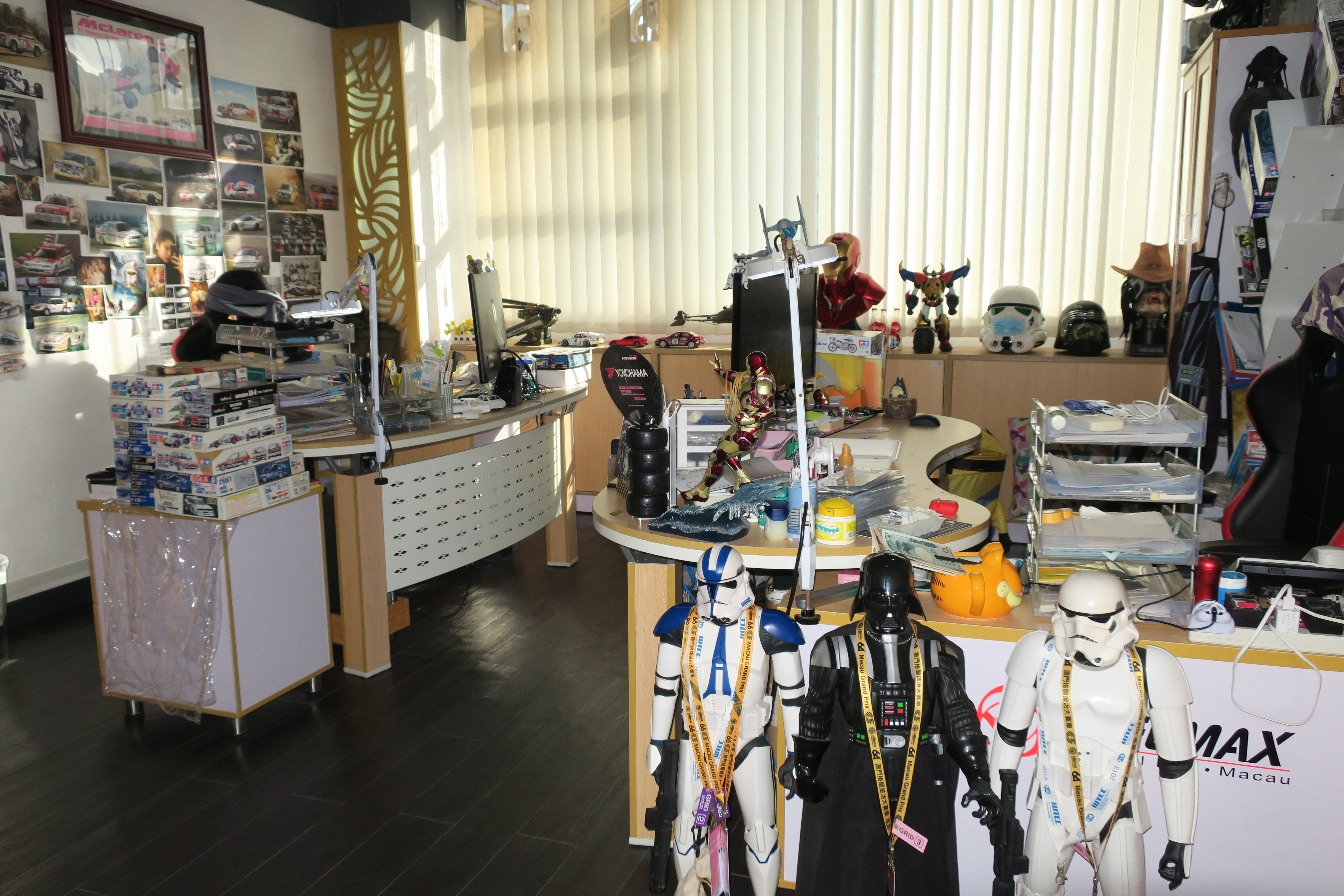 A corner of Beemax’s office 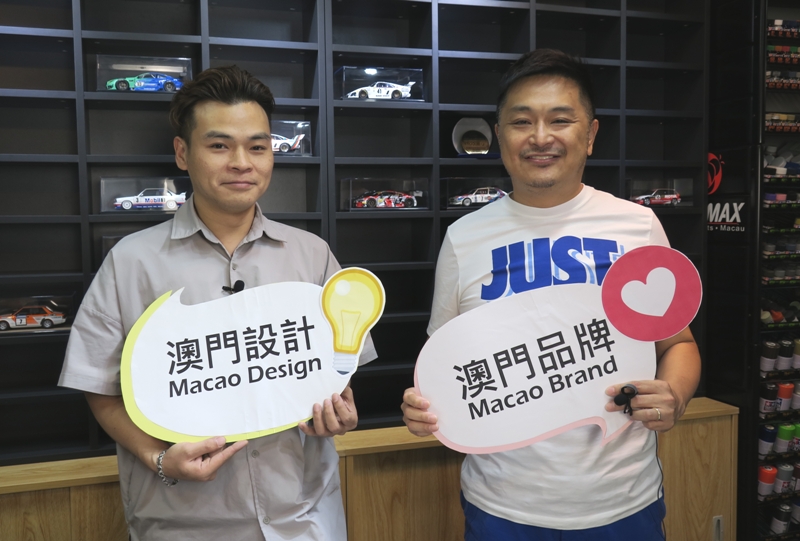