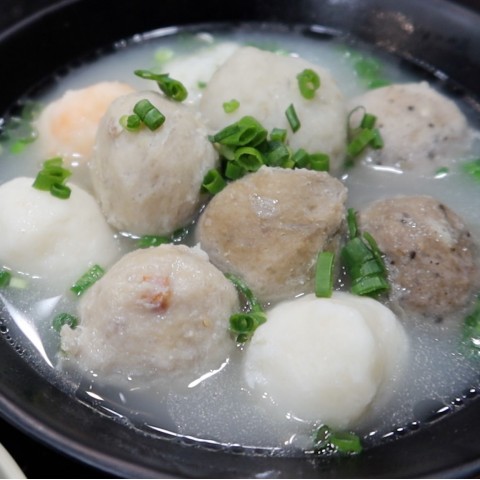 San Song Song: Craftmanship for the Heritage of “Macao Brand”

''Song Song' pork meatballs were first sold at the Ponte 16 flea market in Macao as early as 1999, receiving an overwhelming response, the meatballs were sold out in less than three hours. In 2000, a 'Song Song' takeaway was opened in Iao Hon. After being taken over by the 4th  generation successor, Pun I Meng, the store was relocated to Avenida do Ouvidor Arriaga in 2002, and was renamed 'San Song Song', and has continued to operate in that location ever since. In 2017, the company set up a factory in Macao to produce a variety of products, including meatballs, meat patties, meat paste, XO sauce, chilli oil and powdered pepper . The products are supplied to large hotels, supermarkets, restaurants dedicated to hotpot and stir-fried dishes in Macao.