The Macao-Zhuhai Entrepreneur Summit 2020 took place in Zhuhai International Convention and Exhibition Center today (10 December). The Summit was jointly organised by the Secretariat for Economy and Finance of the Macao Special Administrative Region (SAR) Government and the Zhuhai Municipal Government, and was coordinated by the Macao Trade and Investment Promotion Institute (IPIM) and the Zhuhai Municipal Bureau of Commerce. More than 1,600 people took part in the Summit, including representatives of relevant authorities of the Central Government, officials of the People’s Government of Guangdong Province and of the Macao SAR Government, as well as businesspeople and association representatives respectively from Zhuhai and Macao.

In his speech, Secretary Lei Wai Nong said with the theme “Developing Hengqin through Zhuhai-Macao Co-operation”, the Summit would further promote the exchanges and co-operation between Macao and Zhuhai in various fields such as economy and trade, science and technology innovation, cross-border e-commerce, cultural tourism and convention and exhibition. Standing at a new starting point for the comprehensive deepening of co-operation between Macao and Zhuhai, the Summit was convened at an opportune time. Macao and Zhuhai are both where the two parts of China’s “dual circulation” economic development pattern meet, and the two places share common concerns and aspirations in accelerating the development of modern financial services, promoting the industrialisation of traditional Chinese medicine, advancing the professionalisation and marketisation of the convention and exhibition industry, nurturing cross-border e-commerce, and encouraging technological innovation and research outcome commercialisation, to name a few. According to Secretary Lei, it was expected that the business communities of Macao and Zhuhai would take the initiative to grasp the opportunities presented by the new development stage of the 14th Five-Year Plan and actively participate in the construction of the Guangdong-Hong Kong-Macao Greater Bay Area and the Guangdong-Macao “intensive co-operation zone” in Hengqin, so as to make new explorations and contributions to the moderately diversified development of Macao’s economy.

Vice-Governor Zhang Xin noted in his speech that entrepreneurs from both sides, as the main force in the development of the Greater Bay Area, are actively participating in collaboration projects and contributing to the development of the Greater Bay Area and Guangdong-Macao co-operation. He added that the Summit aimed to build a platform for the consultation, contribution and shared benefits of entrepreneurs from both sides and enhance the alignment of the economic operation rules and mechanisms of Zhuhai and Macao, which would play an important role in deepening Guangdong-Macao co-operation. He also express his hope that entrepreneurs of the two places would make good use of this platform to strengthen information sharing, reach consensus on development and achieve collaboration projects, so as to reinforce complementary economic strengths and promote the coordinated development of the two places. Zhang said that Guangdong would take this opportunity to further strengthen support for Guangdong-Macao co-operation, introduce a series of policies and measures, focus on creating a favourable business environment in terms of its marketisation, rule of law, and internationalisation, and provide outstanding services and support for the mutually beneficial development and win-win situation of the two places.

According to Secretary Guo Yonghang, the co-operation between Zhuhai and Macao in developing Hengqin has a bearing on the prosperity and stability of Macao and the long-term stability of the “One Country, Two Systems” policy. Over the years, Zhuhai has been unremitted in serving Macao’s development needs while delivering on its unique strengths, and has done its utmost to promote the co-operation between Macao and Zhuhai to a higher level and greater depth and promote the moderately diversified development of Macao’s economy. With the advancement of national strategies such as the “Belt and Road” Initiative and the accelerated construction of the Guangdong-Macao “intensive co-operation zone” in Hengqin, Zhuhai will enter a window period for transformation, a key stage for leapfrog growth and a critical period for game-changing breakthroughs in the 14th Five-Year Plan period. The strategic position of Macao and Zhuhai has become more prominent in connecting the two parts of the “dual circulation” economic development pattern, serving the country’s “Belt and Road” Initiative, and constructing a new pattern of all-round opening-up. Zhuhai and Macao are welcoming major opportunities for deepening co-operation and a strong momentum in industrial development.

Under the theme “Developing Hengqin through Zhuhai-Macao Cooperation”, the Summit was held in an interactive way combining a main forum, four parallel sessions, and economic and trade visits. Entrepreneurs and industry representatives from Guangdong and Macao were invited to speak at the main forum on topics such as Zhuhai-Macao co-operation and the construction of Guangdong-Macao “intensive co-operation zone” in Hengqin. The parallel sessions covered topics including co-operation forum, science and technology innovation, cross-border e-commerce, and cultural and tourism collaboration, into which representatives from various sectors of the two places shared their insights. Building on the success of the first Macao-Zhuhai Entrepreneur Summit last year, Zhuhai and Macao will continue to organise high-level business-to-business activities this year to promote economic and trade exchanges and co-operation between the two places in more areas and at a deeper level.

After the Summit, participants went on a guided tour in Zhuhai, visiting Gree Electric Appliances Inc. of Zhuhai, Zhuhai Development Planning Exhibition Hall, and the Sea & Sky (Haitian) Park, as a way to extend the results of the Summit. The IPIM organised a delegation of about 100 representatives from government departments and the business community to attend the Summit in Zhuhai. 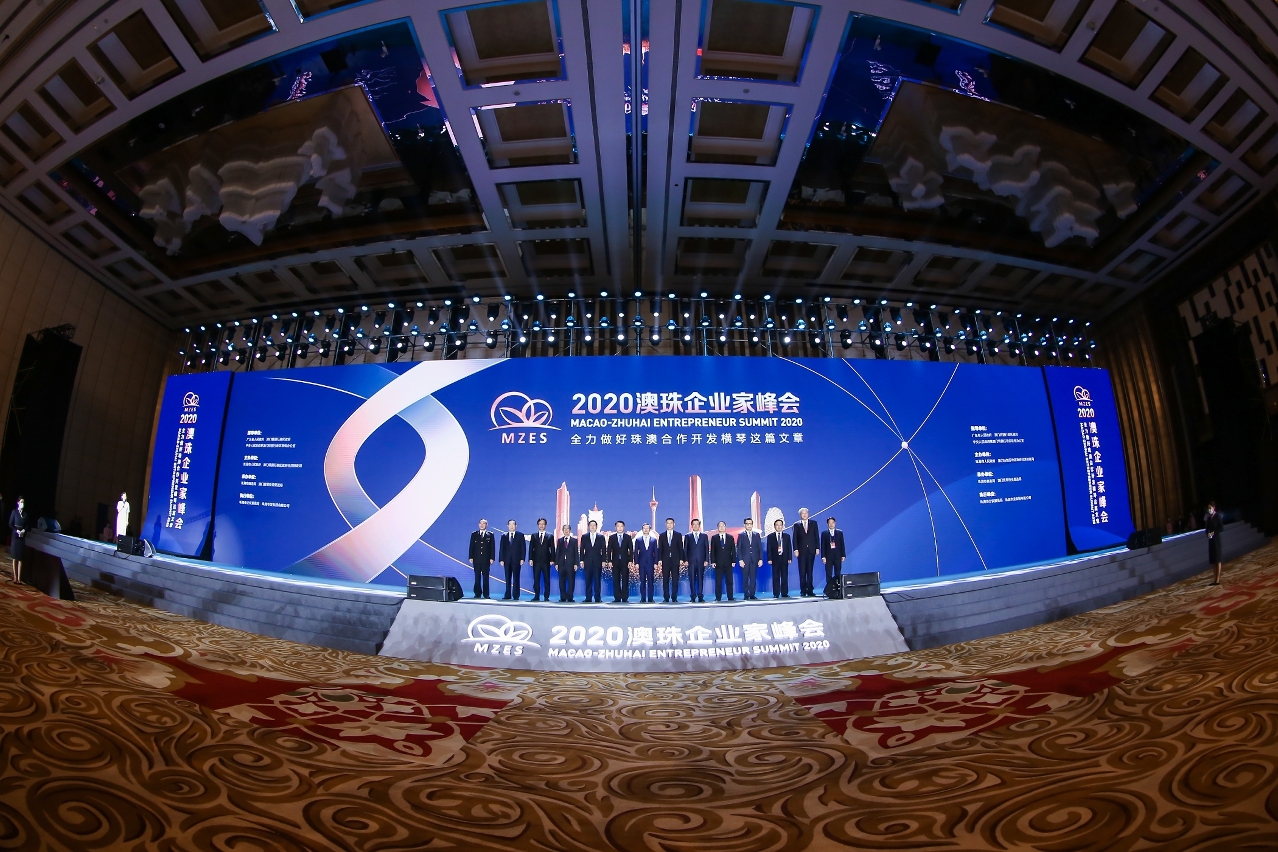 Officiating guests at the opening ceremony 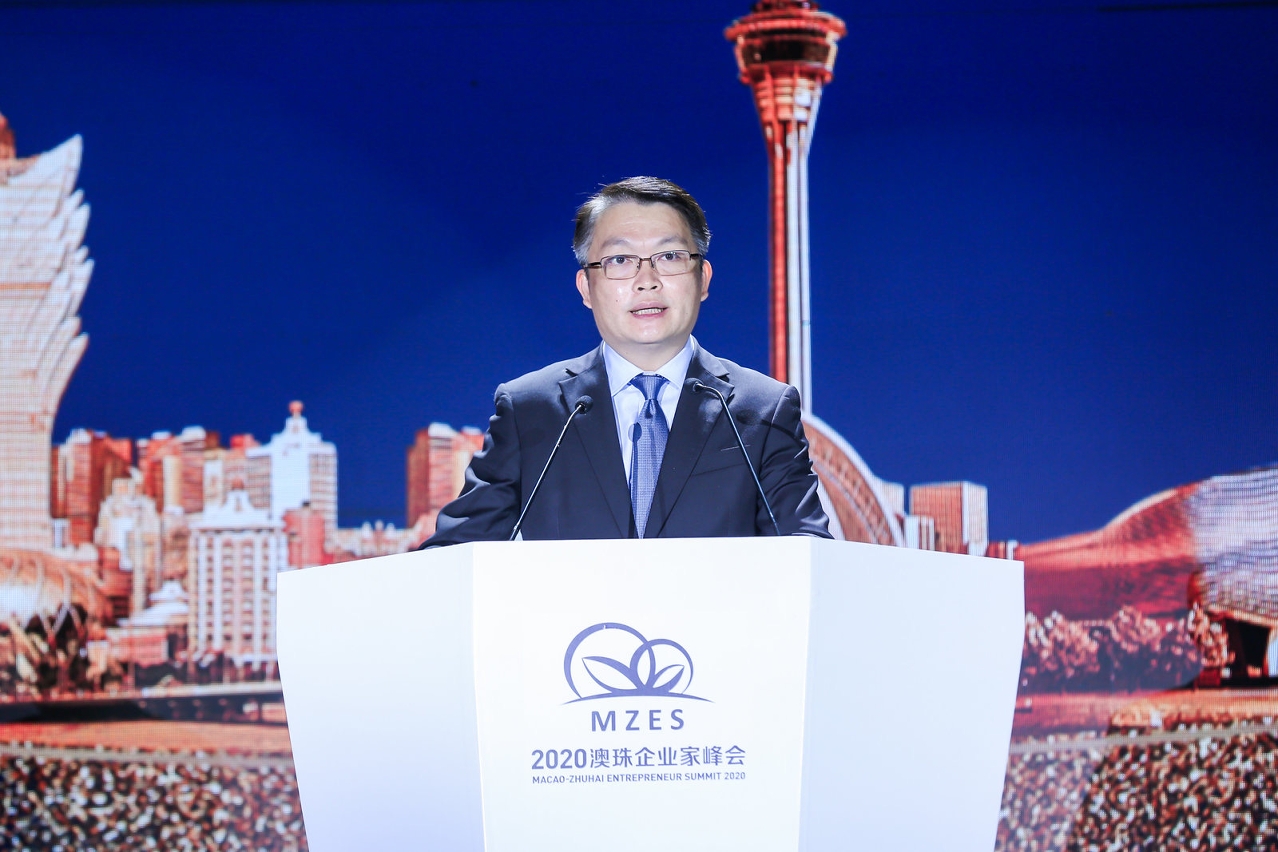 Secretary for Economy and Finance of the Macao SAR Government Lei Wai Nong, representing the Chief Executive, delivers a speech 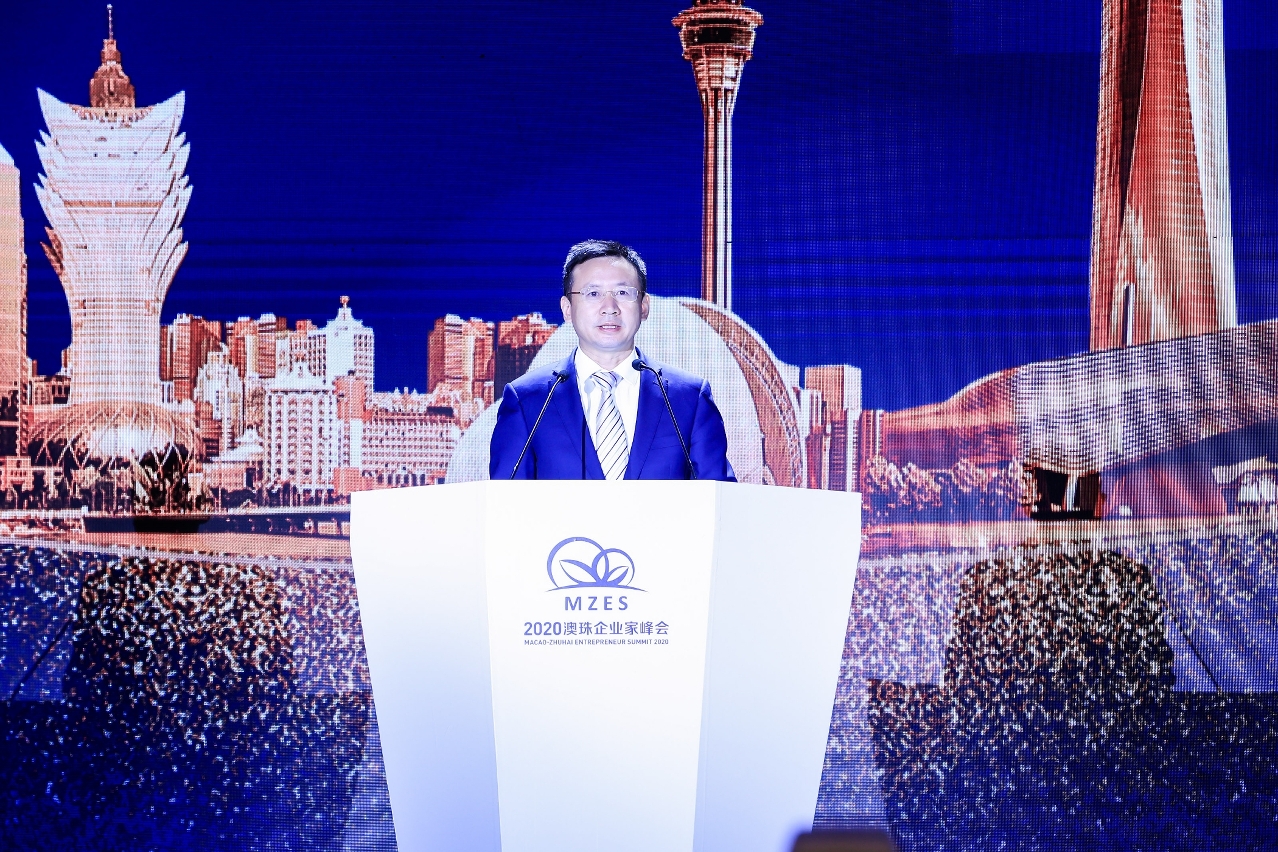 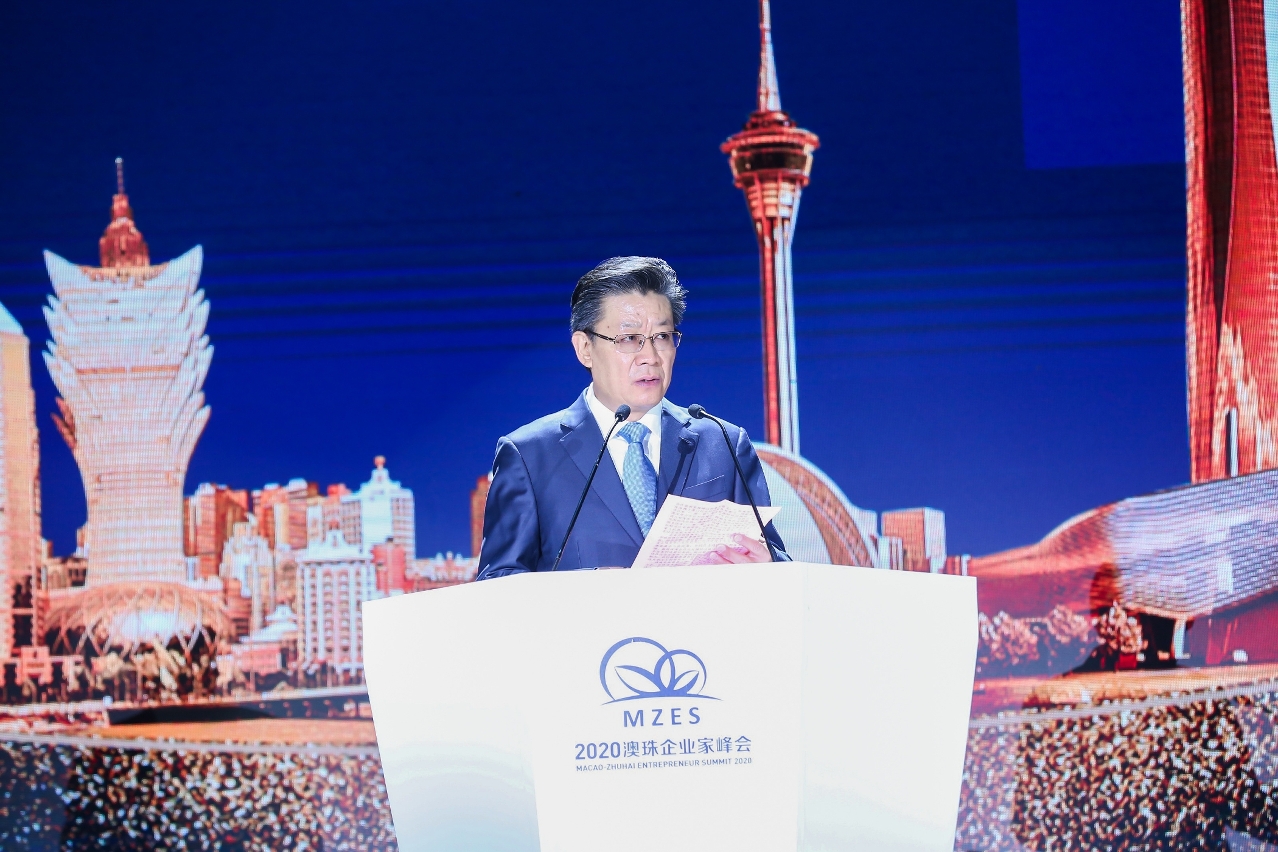