Tong Iec Pak Fa Fui Cheong Un Company Limited, one of the time-honoured brands in Macao, specialises in the production of preserved fruit, seasoning and sauces. The company was originally founded in 1903 in Xinhui, Jiangmen, Guangdong province. At that time, many merchant ships would pass through the port of Macao and the company saw the business opportunities and relocated its business to the city in 1918, and therefore the traditional methods of making preserved fruit and brewing soy sauce were also brought to Macao. In the city, there are not many companies with a history spanning more than 100 years, not to mention how hard it is to maintain the same flavour for a century and become a leader in the preserved fruit industry. In 2013, Loi Wai Man, the fourth-generation owner of the company, took over the baton and embarked on a new journey of tradition and innovation. 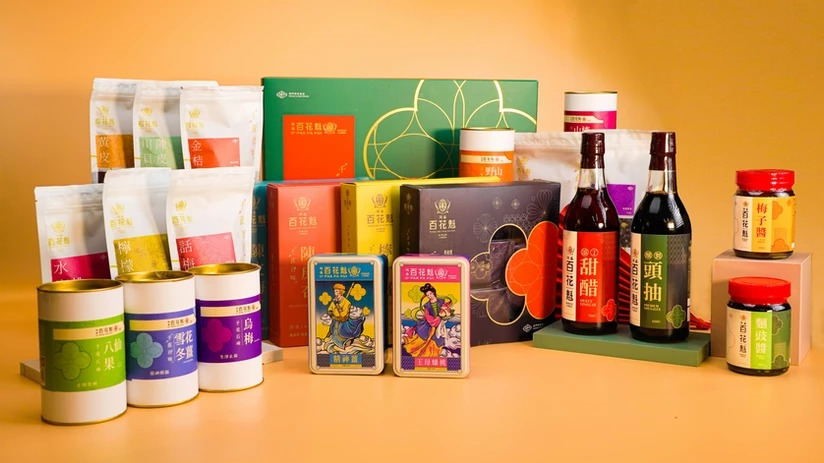 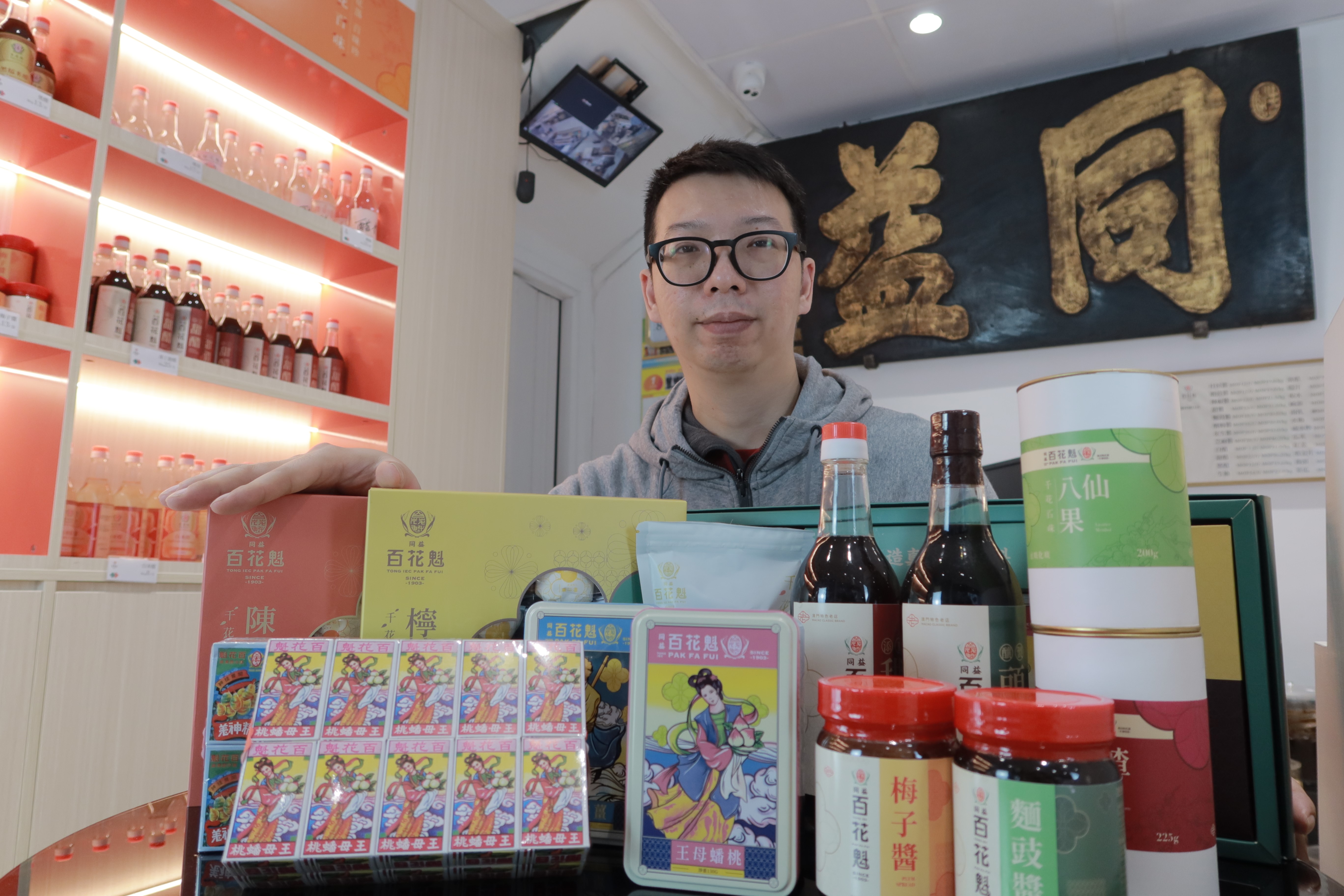 Loi Wai Man, the fourth-generation owner of the company

“Tong Iec” means “benefit for all”, and “Pak Fa Fui” means “the top amongst a wide variety of preserved fruit”. Today, Tong Iec Pak Fa Fui still uses the secret recipes handed down by the founder, using natural high-quality ingredients to maintain the quality and traditional taste. With such persistence, their preserved apricots, preserved ginger, dried Chinese mangoes and sweetened vinegar products have become the four signature products of Tong Iec Pak Fa Fui, attracting tourists from as close as Mainland China and Hong Kong, and as far as Southeast Asia, Europe and the United States.

According to the Journey to the West, the immortal peach trees that belong to the Lady Queen Mother take 3,000 years to blossom and another 3,000 years to bear fruit; eat one and you can live forever. Tong Iec Pak Fa Fui’s preserved apricot is made from apricots but is named as “Immortal Peach” in Chinese due to its connotation with health and longevity. To keep the traditional taste, the alpine apricots that grow between 700 metres and 1,300 metres above sea level are selected to allow customers to enjoy the natural and pure flavours. “An old gentleman in his 80s tasted our preserved apricots and said that the taste was exactly the same as the one he tasted when he was a child. This is the greatest affirmation we could receive for our products”, said Loi with a satisfied smile when talking about the company’s signature “Immortal Peach”.

Many residents from different neighbourhoods go  to the shops specially to buy the sweetened vinegar product in bulk, in addition to a variety of signature preserved fruit. “Families in Guangdong, Hong Kong and Macao generally follow the custom of making pork knuckle and ginger stew, and share them with relatives and friends after babies are born. Most of the older generations think that pork knuckle and ginger stew has the most authentic taste only when it is stewed with Tong Iec’s sweetened vinegar.” Loi also mentioned that the taste of sweetened vinegar can be adjusted instantly in the shops upon customers’ requests, and the company has built a reputation with such attentive services. 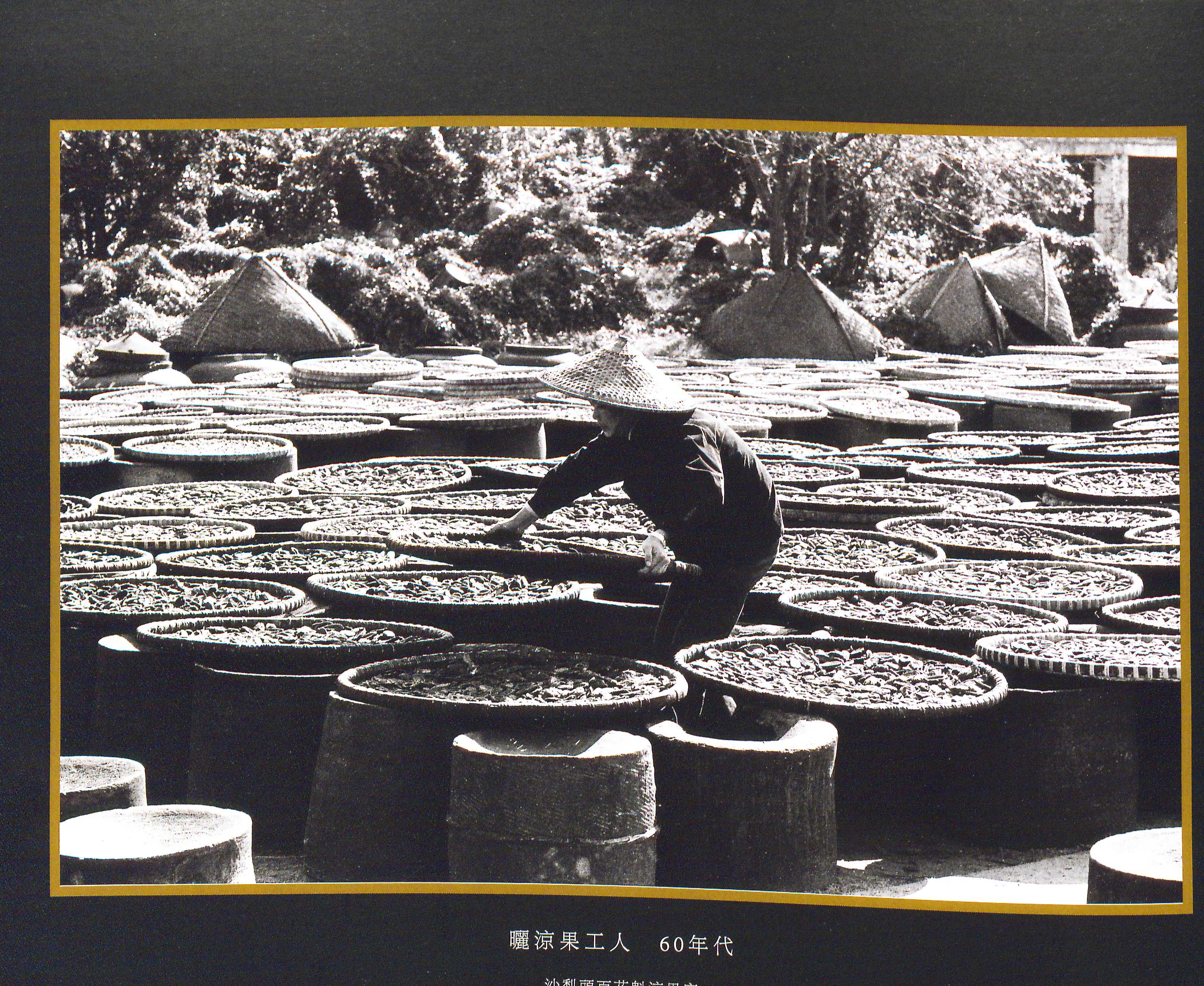 Old brand on the path of transformation

There is a saying in Chinese that “running water is never stale and door-hinges in use never become worm-eaten”, which means “constant practice always keeps one fit”. Likewise, a brand also needs timely transformation to achieve a more stable and long-term development in the market. However, Loi said frankly that changing the old way of working is much more difficult than he thought. The company has gradually embarked on the path of transformation: from teaching experienced senior employees to use computers instead of writing invoices and receipts by hand, to later strengthening employees’ face-to-face communication skills after establishing shops and entering the retail market; and recently, they have successfully upgraded the old packaging that had been used for a century in order to get closer to the tastes of young consumers. Loi thinks that overcoming the hindrances and obstacles along the path is way more different than starting a business.

“Each and every hardship will be overcome eventually.” Now, the senior employees of the company are already familiar with the use of computers to keep accounts; customers like to visit the stores to learn about the brand and explore their shops; many young consumers are attracted by the new packaging and would like to give the products a try, all of these suggest that the reorganisation has achieved favourable results. However, Loi does not intend to stop now. In the future, he plans integrate the old and new, starting from applying the modern concept of health to the formula and manufacturing and combining traditional techniques with modern technology. 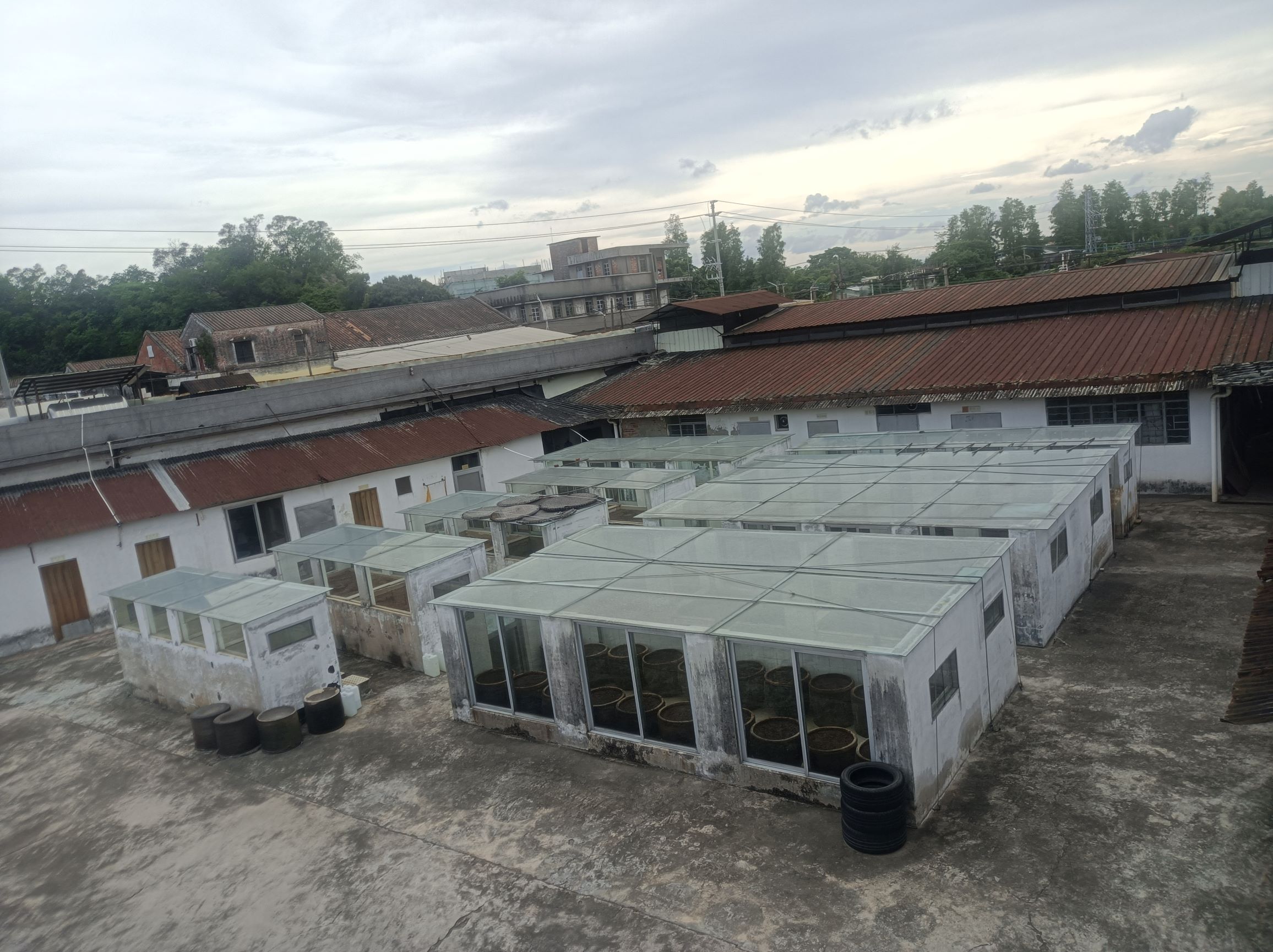 Constantly challenging oneself and keeping pace with market trends are also important factors for the success of an enterprise. In 2020, Tong Iec Pak Fa Fui began to promote its products online through “influencer marketing” and cross-border e-commerce platforms. In addition, the products have also been included in Macao Ideas of the Macao Trade and Investment Promotion Institute (IPIM). Thanks to the online and offline product display platforms, the company sometimes receives customer enquiries through the platforms. The platforms not only help attract customers, but also make the company more confident in making the brand more internationally accepted.

Furthermore, through the business matching service provided by IPIM’s Macao Ideas, Tong Iec Pak Fa Fui successfully forged co-operation with a local supermarket chain, which has  shops in several shopping centres in resort hotels in Cotai. The chain currently sells the full-line of Tong Iec Pak Fa Fui’s products and at busy times has to restock at least several times a month. Loi thinks that it is quite rare for a Macao SME brand to achieve such sales in shopping centres that house many high-end international brands.

Loi shared that “I hope I live up to the mission of inheriting Tong Iec Pak Fa Fui’s century-old golden lacquer signboard. In the future, we will take our products to the whole world, promote the core value of the brand, and take the Macao Brand much further.” 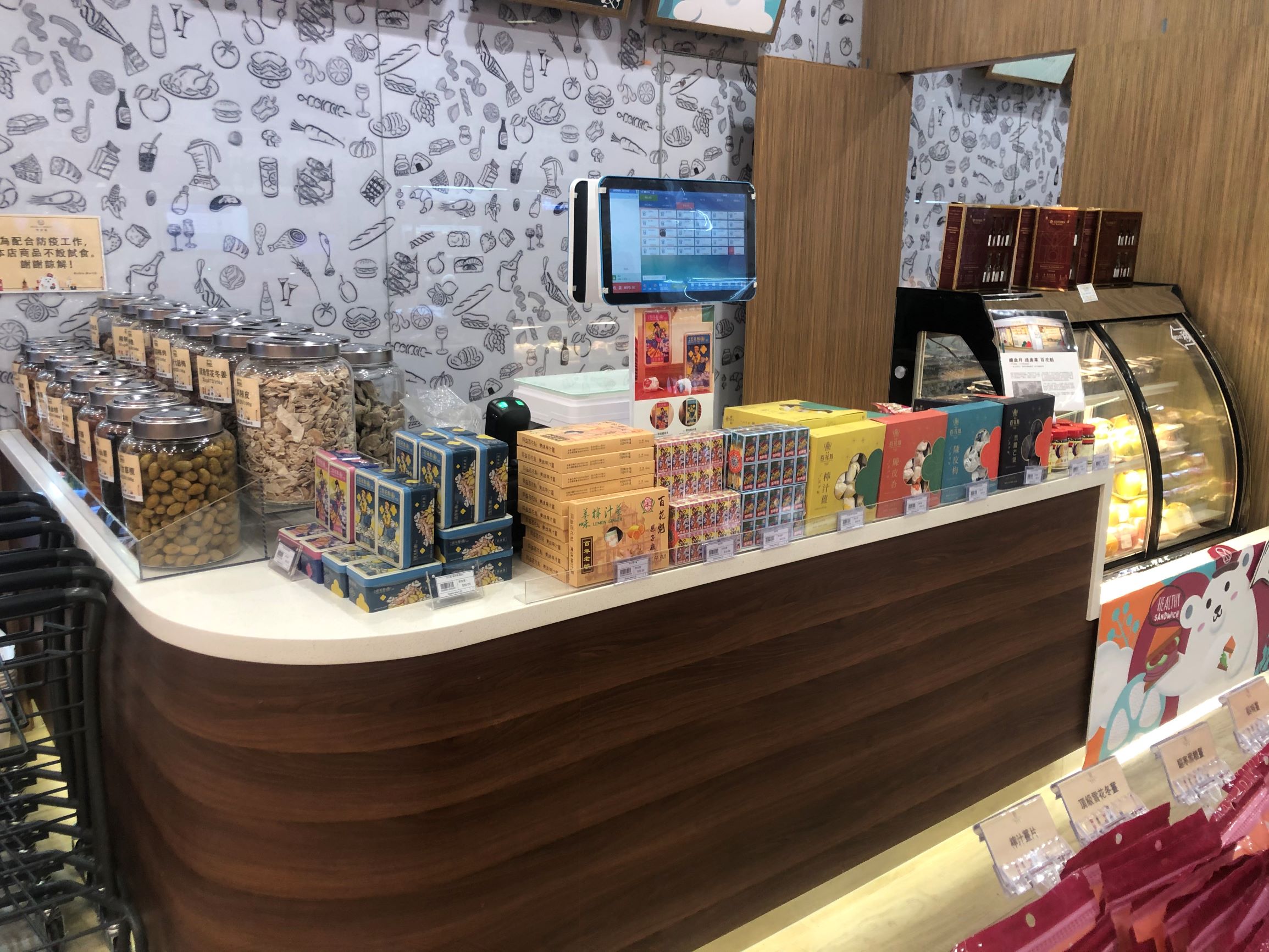 Entire line of products available in shopping centres in Cotai 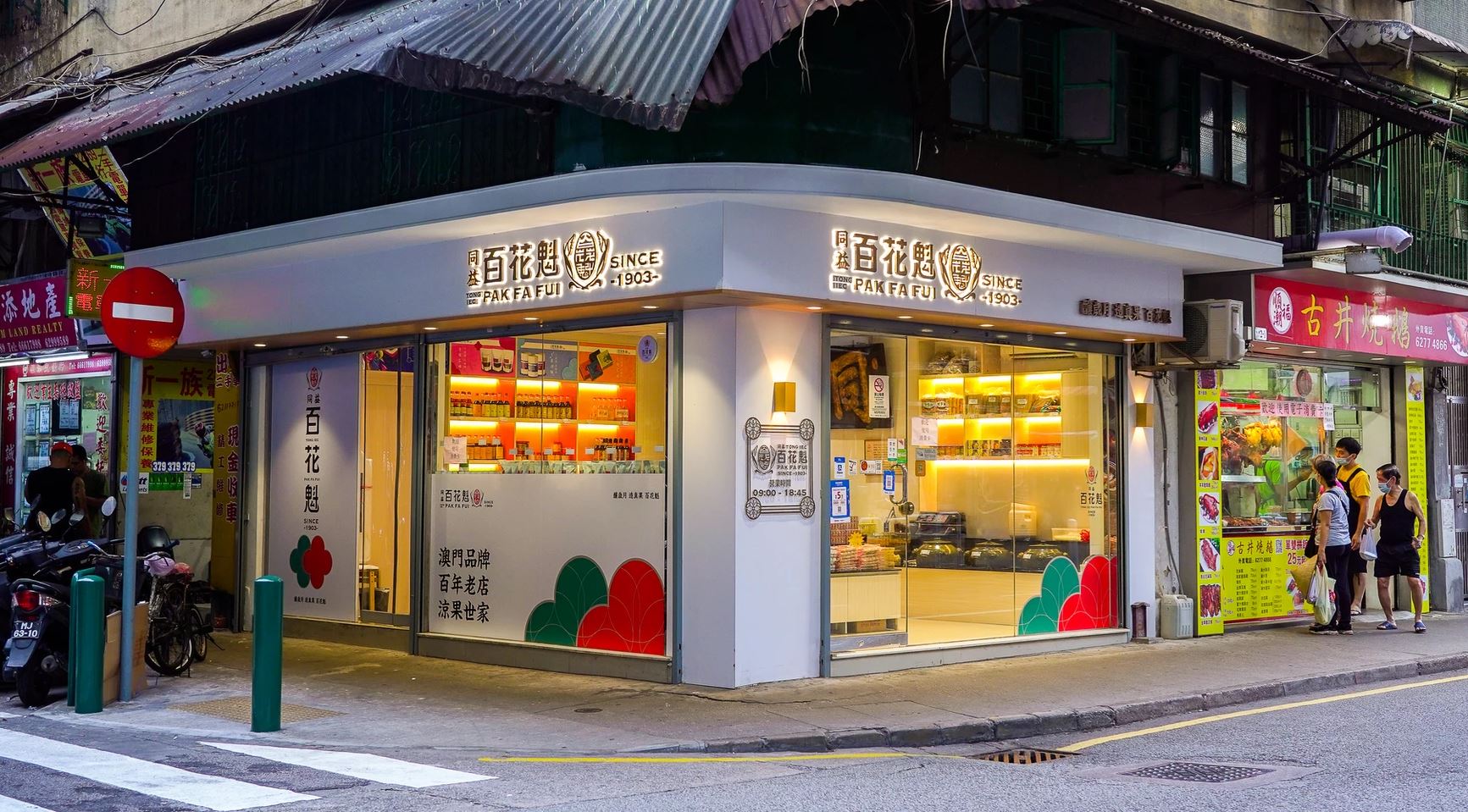