Duty Group Limited was founded in Macao in 2009 in the hope of producing pastries with Macao characteristics based on the city’s unique advantage as a place where Eastern and Western cultures converge. Company brands include “U Ao Fong”, “Brother Louis” and “Amisade”, and the Amisade snack series is operated under the brand concept of “distinctive delicacies of Macao”. 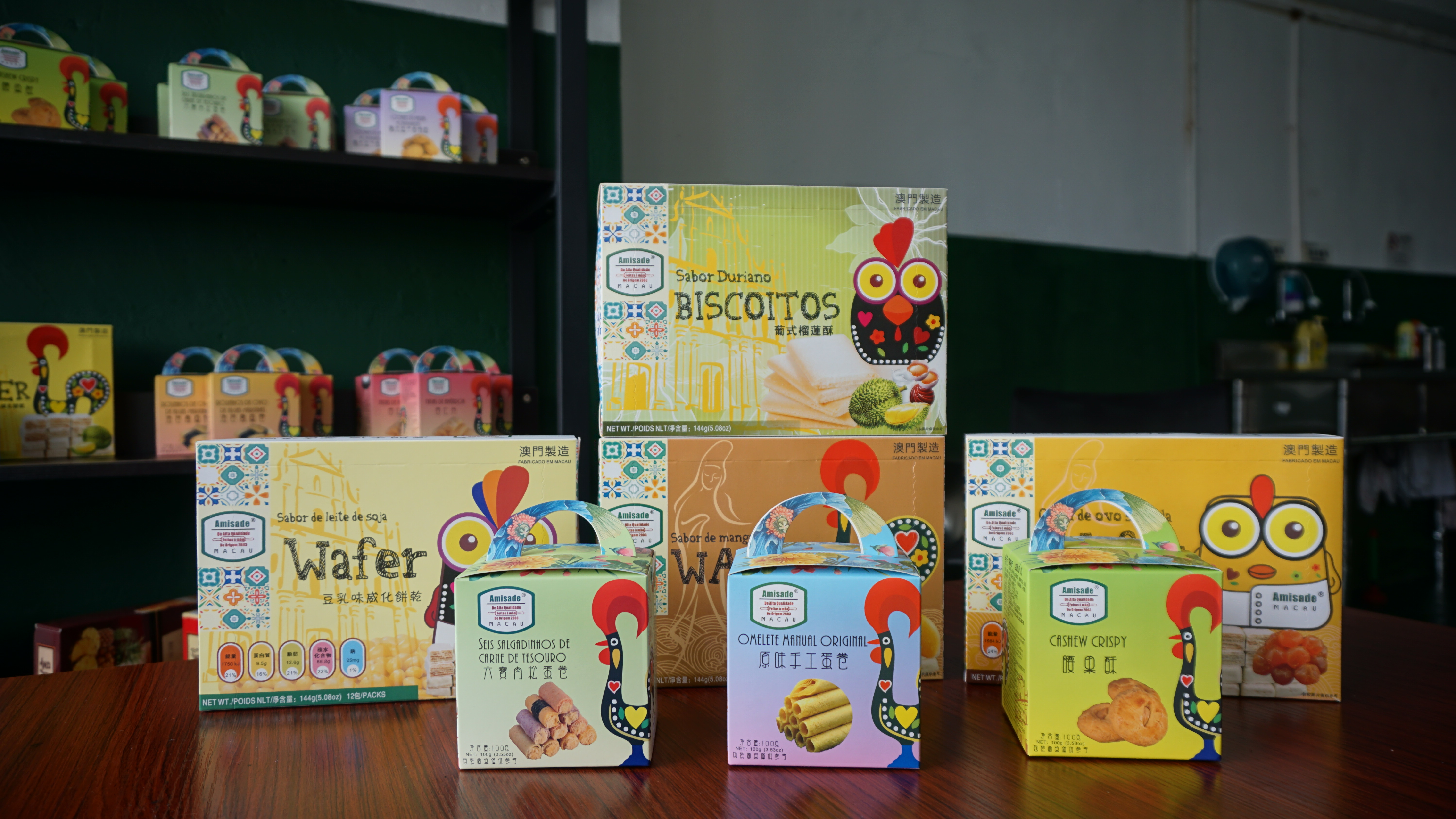 The Merging of Portuguese taste and Macao characteristics

Managing Director of Duty Group Limited, Chiang Hoc Kit, noted that the Amisade series features the flavour of Portuguese food but is produced with less sugar adapted to Chinese customers’ taste, and currently includes Portuguese raisin cookies, hand-made waffle rolls, almond flakes, cashew pastry, snowflake nougat with dried fruit pastry and chocolate of various cocoa concentrations. Considering that delicacies are usually shared and need to be kept fresh, all snacks are individually packed in a one-bite size. The packaging of the product series is ingeniously and consistently designed with an image of the lovable Portugal Rooster against a colourful background to accentuate Macao’s characteristics of cultural fusion between China and Portugal. Initially focusing on the offline market in Macao, Duty Group Limited has co-operated with a number of local supermarkets and travel agencies to distribute its products, which were well-received and praised by Mainland customers shortly after being marketed thanks to the products’ unique flavour, rich variety and exquisite packaging. However, offline sales plunged in 2020 under the impact of the epidemic. Well aware of SMEs advantages in flexible operations, the company immediately initiated online marketing channels by actively establishing an operation centre in Hengqin New Area and ran their business on Mainland e-commerce platforms, such as Taobao, Tmall, JD.com and Pinduoduo. The business turnover on Pinduoduo is the most encouraging with over 2,000 orders placed in the first month and the positive feedback received from customers, many of them have even become repeat customers. The company is currently looking for co-operation with eligible internet influencers, hoping to strengthen the brand promotion through live-streaming sales, and will consider setting up a factory in the Mainland to increase production volume if the publicity achieves desirable results. 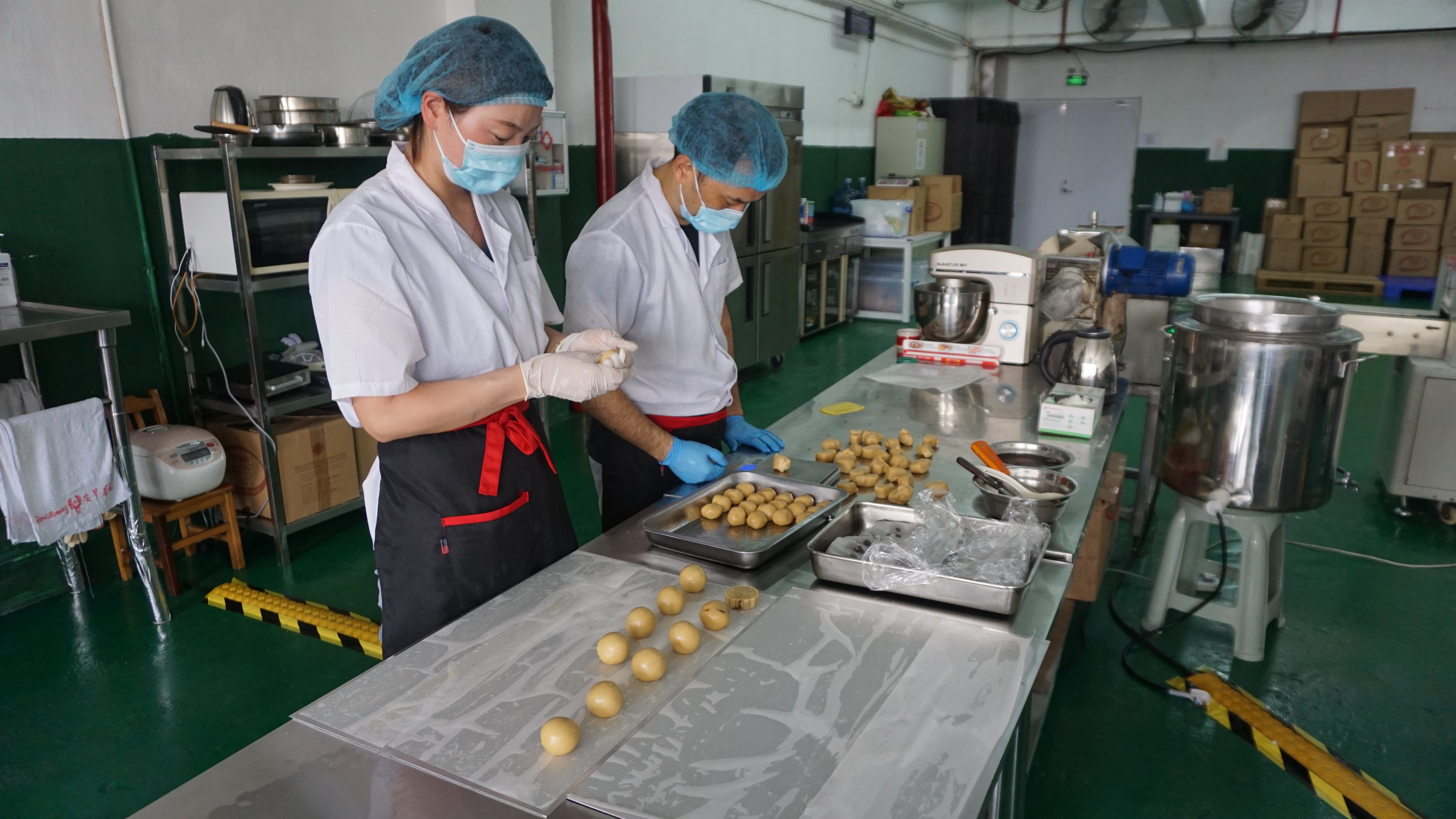 Chiang expressed that displaying products at the “Macao Ideas” of the Macao Trade and Investment Promotion Institute (IPIM) greatly benefits SMEs in expanding their business. He believes that products, even those of good quality, struggle to gain customer confidence if there is no platform on which to display them. He added that the company’s participation in the China International Import Expo held in Shanghai as a member of the business delegation organised by IPIM not only gave the company a larger display platform, but also provided them with new business opportunities as they successfully signed contracts with agents from Shandong and Jiangsu, thereby establishing new channels to enter the Mainland market. In the future, Duty Group hopes to introduce the brand to a wider customer base by utilising promotions through “Macao Ideas”. A wide variety of products