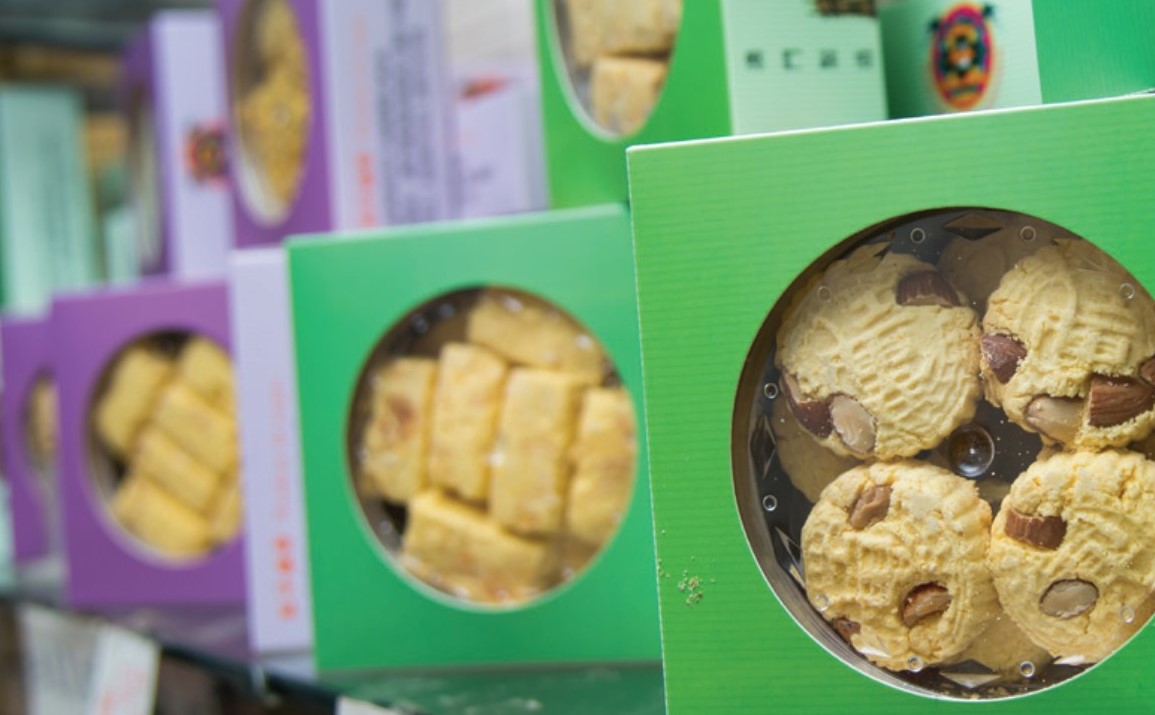 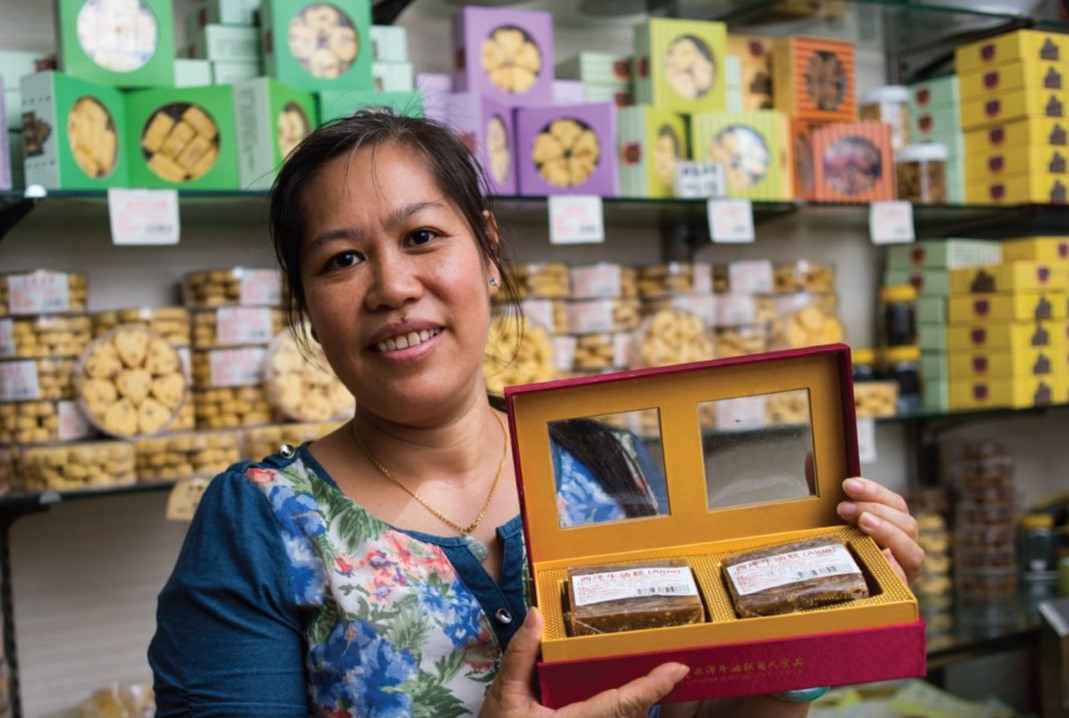 Kam In shop sells a variety of goodies that offer a taste of traditional Macao. Owner Ho Kam In says her recipes are more than a century old.

If you walk past Kam In Portuguese Food in Rua Central in Macao city centre, you cannot help but be drawn by the aroma of butter wafting out of the shop. Kam In baked products are sought after by residents and visitors alike eager for a taste of traditional Macao.

The shop window is filled with goodies made the traditional way. They include alua, which is a kind of butter cake, and bicho bicho, which are caterpillar-shaped biscuits.The Kam In shop has only been open for five years but the business is built on foundations laid more than 100 years ago.

Owner Ho Kam In says her recipes for Macanese goodies are those of a Macanese woman called Celeste Araúio de Rodrigues, who used to make alua and bicho bicho, a treat popular among Macanese, at home. When Ms Rodrigues grew older she passed on her recipes to an assistant, who was an aunt of Ms Ho’s husband.

The aunt carried on the business of making alua and other Macanese treats for decades afterwards. Ms Ho and her husband helped. Making alua meant cooking a huge pot of ingredients at a high temperature for hours, stirring constantly. The aunt tried to persuade Ms Ho and her husband to take over the business but they were reluctant as they found the cooking process too physically demanding. The couple eventually agreed to carry on the business only after the aunt, doggedly determined to keep production going, fainted one day while stirring the pot.

Ms Ho decided that running the business as a cottage industry was no longer feasible. So she moved it into the shop premises in Rua Central at the end of 2011. The enterprise struggled for the first three years. For a time, Ms Ho had to do other jobs to earn a living. People around her advised her to give up. But Ms Ho felt that making Macanese baked goods was about more than just making money, and she had made a promise to her aunt to keep the business going, so she persisted.

The Macao SAR Government has helped the Kam In shop show off its products at various exhibitions and included her business into the Macao Products Display Centre, also known as “Macao Ideas”, as an exhibitor, and drummed up some coverage for the enterprise in the mass media. The name and reputation of the shop spread, and business improved.

These days, the name and reputation of the Kam In shop are spread mainly by word of mouth as customers that have tasted its products recommend them to relatives and friends. The range of products the Kam In shop sells includes bolinhas, which are coconut biscuits. Some Macanese customers have offered to teach Ms Ho how to make other baked products, such as cheese biscuits.

Kam In Portuguese Food has another outlet, a stall in the Broadway Hotel in Cotai. Ms Ho says she is looking for a new production facility so she can keep up with the increase in demand. She intends to advertise her products in Mainland China, so expanding the market for baked treats made in just the same way they were made in Macao a century ago.

PrevKam In Portuguese Food: Keeping Heritage Alive Despite Changing Times
Next: No next